This School District Threatened To Take Kids Away From Parents Over Lunch Debt. Then It Refused a Businessman's Offer to Pay Those Debts.

Instead of teaching kids the importance of paying their debts, Wyoming Valley West school district offered a lesson about the arbitrary and terrifying power of government. 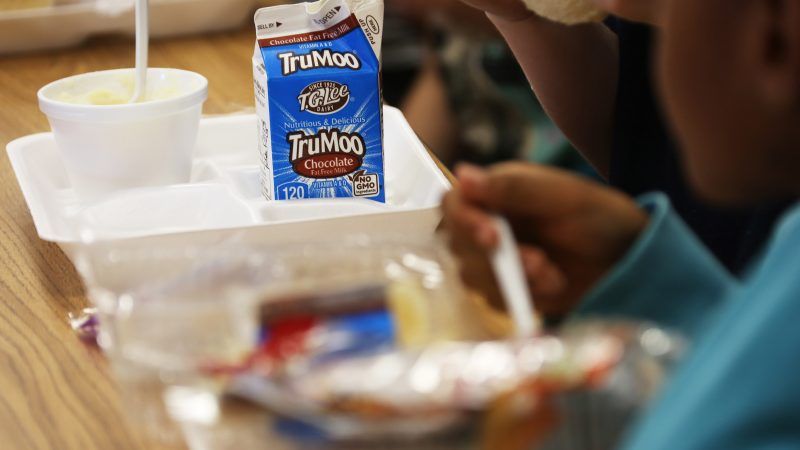 A Pennsylvania school district took the old cliché about bullies stealing lunch money and amped it up. If parents don't settle their unpaid lunch debts, the district said, it might steal their kids.

Wyoming Valley West School District sent letters to parents with at least $10 in unpaid lunch costs threatening to place their children in foster care if the bills weren't paid. The district tried to justify the threats by pointing out that it was trying to collect more than $22,000 in unpaid lunch costs—a fraction of its $80 million annual budget—and that some families owed as much as $450.

Sending children to school without lunch or money to buy lunch, the letter informed parents, counted as "a failure to provide your child with proper nutrition."

The letter sparked widespread outrage and condemnation in local and eventually national media—as well as condemnations from Luzerne County officials who pointed out, correctly, that the foster care system should not be used "as a punitive agency or weaponized to terrorize children and families."

And, at the risk of stating the obvious, no parent should be threatened with the prospect of losing their children to the state over a $10 debt.

No child should have to imagine the horror of being ripped away from their parents because their family is struggling economically. These letters were callous and should never have happened. https://t.co/TVbsh2XIRy

The school district's stance only got more absurd when it initially rejected a Philadelphia businessman's offer to settle the full $22,000 debt on behalf of Wyoming Valley West parents.

Todd Carmichael, the CEO of La Colombe Coffee, published an op-ed in the Wilkes-Barre Citizens Voice on Tuesday detailing his attempts to settle the debts.

"As a child, I received free meals at school when my mother struggled to make ends meet. I know what it means to be hungry. I know what it means to feel shame for not being able to afford food," Carmichael wrote. After reaching out to Joseph Mazur, president of the Wyoming Valley West school board, Carmichael wrote that he was shocked by the response.

"Mr. Mazur turned us down," Carmichael wrote. "I can't explain or justify his actions. Let me be clear: we offered over $22,000 with no strings attached. And he said 'No.'"

On Wednesday evening, Mazur changed course and agreed to accept the money. In a statement, the school board president also apologized for having sent the letters in the first place.

Obviously, parents should pay for their kids' lunches or otherwise make sure their children are being fed. That's a basic responsibility that comes with having offspring.

But the school district's actions—at least until the reversal on Wednesday evening—are indefensible. If district officials were motivated purely by the need to settle the debts, then the district should have accepted the donation when it was offered the first time. If it wasn't about the money—if it was about "getting their attention," as the district's lawyer explained to a local TV station—then threatening parents with the loss of their children is hardly an appropriate way to collect a debt.