The Newest Drama Between Donald Trump and Paul Ryan

The infamous feud between the president and the former House speaker gets new light...and a tweet from Mitt Romney. 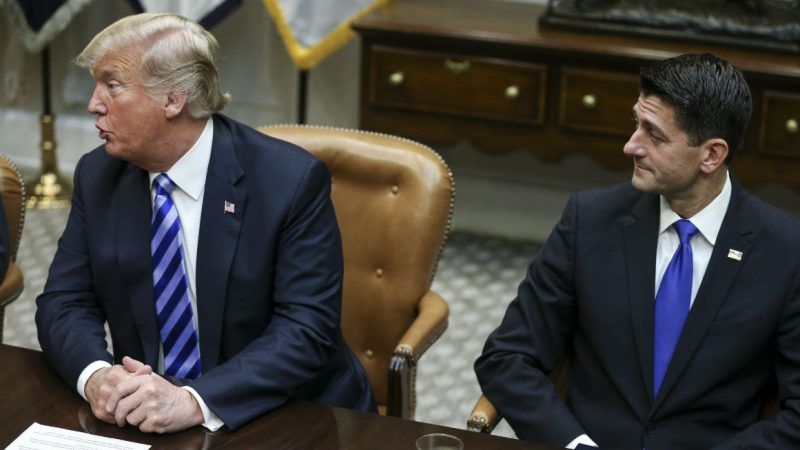 A new book excerpt has stirred up a new fight between President Trump and former House Speaker Paul Ryan.

Politico's Tim Alberta will release his new book, "American Carnage," next week. The book advertises a front-row seat to some D.C. drama. Namely, the "Republican Civil War" in the face of Trump's presidency. For example, readers can follow the reactions to the release of Trump's controversial "Access Hollywood" tapes, both by his high-profile campaign staff and party leaders.

According to The Washington Post, the book details some of Ryan's thoughts about Trump's preparedness for public office.

"I told myself I gotta have a relationship with this guy to help him get his mind right," Ryan was quoted. "Because, I'm telling you, he didn't know anything about government…I wanted to scold him all the time."

The book also suggested that Ryan's decision to not seek reelection in the 2018 midterms was an "escape hatch" from his highly contentious relationship with the president. A spokesperson for Ryan denied this claim, saying that Ryan retired "because he wanted to spend more time being a father and a husband."

In response, the president tweet-blasted Ryan over his past leadership and vice-presidential run on the failed 2012 Mitt Romney ticket.

Paul Ryan, the failed V.P. candidate & former Speaker of the House, whose record of achievement was atrocious (except during my first two years as President), ultimately became a long running lame duck failure, leaving his Party in the lurch both as a fundraiser & leader……

Trump also tweeted that Ryan failed to secure funding to build a southern border wall while Republicans controlled both chambers of Congress.

….When Mitt chose Paul I told people that's the end of that Presidential run. He quit Congress because he didn't know how to Win. They gave me standing O's in the Great State of Wisconsin, & booed him off the stage. He promised me the Wall, & failed (happening anyway!)……

….He had the Majority & blew it away with his poor leadership and bad timing. Never knew how to go after the Dems like they go after us. Couldn't get him out of Congress fast enough!

"He quit Congress because he didn't know how to Win," Trump said of Ryan.

Romney responded to at least one of Trump's claims by tweeting support for Ryan. "The fault for our 2012 loss is mine alone," he wrote on Friday.

Trump was still defensive on Friday afternoon when he told the press that Ryan was a "terrible Speaker" and a "baby."