If the wars in Iraq and Afghanistan are any indication, the move would be a disaster. 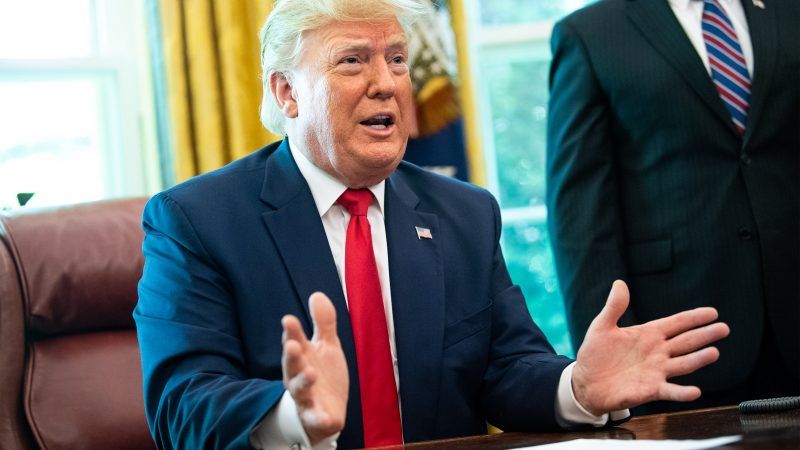 President Donald Trump is mulling military action against Iran, though he says any intervention will be short-lived.

"I hope we don't but we're in a very strong position if something should happen," Trump told Fox Business on Wednesday. "I'm not talking boots on the ground. I'm just saying if something would happen, it wouldn't last very long."

The sentiment isn't supported by historical reference. Consequences from conflict in the Middle East—from the Bush-era invasions of Iraq and Afghanistan to Obama's drone strikes and involvement in the war in Yemen—still reverberate throughout the region to this day, most notably because each isolated instance stretched on for years. With the exception of Iraq, all are still ongoing, yet arguably none have produced long-lasting strategic benefits for the U.S. They have, however, killed innocent foreign civilians and ravaged communities, many of which are now without sufficient access to food and water.

When Trump took office, he vowed to reverse course in the post-9/11 era that has been defined almost exclusively by endless war. Instead, he has launched missiles into Syria and vetoed a resolution that would have ended U.S. involvement in the Yemeni conflict.

Now it seems that Iran is the next target. He also said on Tuesday that any attack by Iran would be "met with great and overwhelming force," including "obliteration."

Presidential war ambitions are unfortunately emboldened by the 2001 Authorization for Use of Military Force (AUMF). Although the House voted to repeal it last week, it is unlikely to clear the Senate. Passed three days after the attacks on September 11, it allows the president "to use all necessary and appropriate force" against entities that aided the 9/11 terrorist attacks.

But according to Gene Healy, vice president of the Cato Institute, that was never meant to be an everlasting greenlight for a Forever War. "At the time, nobody described what they had just voted for as a perpetual generation-long or longer delegation of the whole of the congressional war power," Healy tells Reason.

The law, he says, was specifically put in place to target those who harbored Al Qaeda and the Taliban. In service of this, the Trump administration has unsuccessfully tried to link Iran to the 9/11 terrorist attacks, contradicting U.S. intelligence who says evidence points to the contrary. Secretary of State Mike Pompeo has briefed Congress on alleged links between Iran and Al Qaeda, which was reportedly met with skepticism, as some lawmakers braced for what could be justification for more military intervention.

"Here we are, going on 18 years later, and they're talking about using [the AUMF] for military action against a country that is far more formidable than Iraq was in 2002, and had nothing whatsoever to do with the 9/11 attacks," says Healy. "It just underscores the need to get rid of what's become a blank check for perpetual war."

Sen. Ron Wyden (D–Ore.) agrees, and he says he sees the writing on the wall. "I think we have seen the consequences in the not too distant past about this rush to war," he tells Reason. "I was one of 23 in the United States who voted against the Iraq War, and I sure wish my side had prevailed."