For 2020 Dems, Your Right to an Abortion Doesn't Exist If You Have To Pay for It

And don't even try to pin Elizabeth Warren down on whether the procedure should be legal in the third trimester. 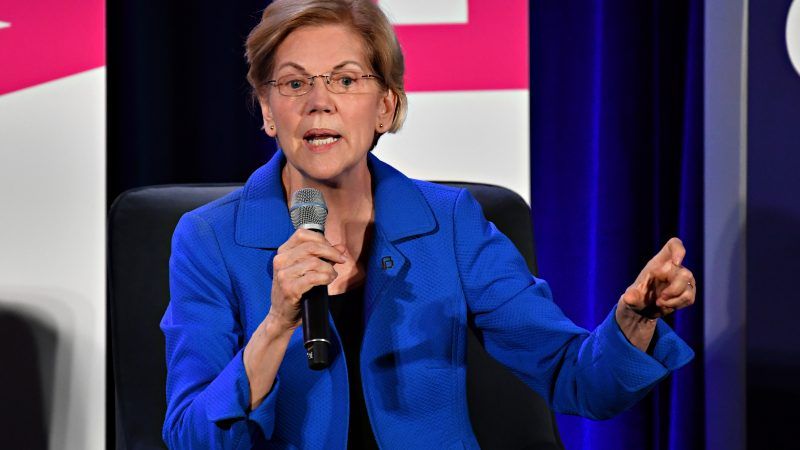 The first presidential primary debate dispelled all doubt about the extremity of abortion positions represented in today's Democratic Party. A range of opinions that really ought to strike people of a libertarian bent as troubling—whether or not they think of themselves as pro-life—were on display tonight.

The moderators gave a significant chunk of time to the discussion, especially considering that all 10 debaters are on roughly the same side of this issue. Three candidates' remarks were particularly telling.

First, during a more general conversation about health care policy, Washington Gov. Jay Inslee volunteered that "it should not be an option in the United States of America for any insurance company to deny women coverage for their exercise of their right of choice."

Next, former Housing and Urban Development Secretary Julián Castro was asked whether his Medicare for All plan would cover abortion. "Yes," he said, "it would. I don't believe only in reproductive freedom. I believe in reproductive justice. And what that means is just because a woman, or let's also not forget someone in the trans community…is poor doesn't mean they shouldn't have the right to exercise that right to choose. And so I absolutely would cover the right to have an abortion."

Finally, Massachusetts Sen. Elizabeth Warren was asked whether she would put any limits at all on abortion. She responded, "I would make certain that every woman has access to the full range of reproductive health care services, and that includes birth control, that includes abortion, it includes everything for a woman."

These answers convey a couple of realities we should all be crystal clear about. Most importantly, they demonstrate that for the 2020 Democratic hopefuls, it's not enough for abortion to be legal. To meet the criterion of "justice," the procedure must be paid for by someone other than the woman seeking it. For Inslee, that means insurance providers, and no one—not even, say, an order of Catholic nuns—should be permitted by law to choose a plan that doesn't offer abortion coverage. For Castro (and, let's be honest, probably for a number of the others as well) it means the federal government should pick up the tab. Which, of course, is another way of saying that taxpayers, including the half who identify as pro-life, should be on the hook.

The answers also betray a total unwillingness on the part of the Democratic field to admit to any conditions under which they think abortion should be restricted at any point in a pregnancy. That's a shame, especially in a year during which the governor of Virginia found himself in hot water for accidentally implying he might be OK with ending the life of an unwanted child after birth. In fact, as I argued at the time, he almost certainly only thinks abortion should be legal up until the moment a woman goes into labor. But even that is a radical position—and I'm not just speaking for myself. Fewer than a third of Americans think abortion should be legal under every circumstance, according to Gallup. As Slate's William Saletan once put it, polling shows that "even the most pro-choice people aren't sold on abortion rights beyond the first trimester."

Does Warren agree with the vast majority of voters that late-term abortion is a morally different beast? Do any of the Democratic candidates? It's impossible to say for sure—these guys are adept at avoiding a question they would rather not answer, even when the question is put to them directly—but it sure doesn't sound like it to me.