Study Shows That Extreme Poverty Statistics Have Been Overestimated, Especially Among Families With Children 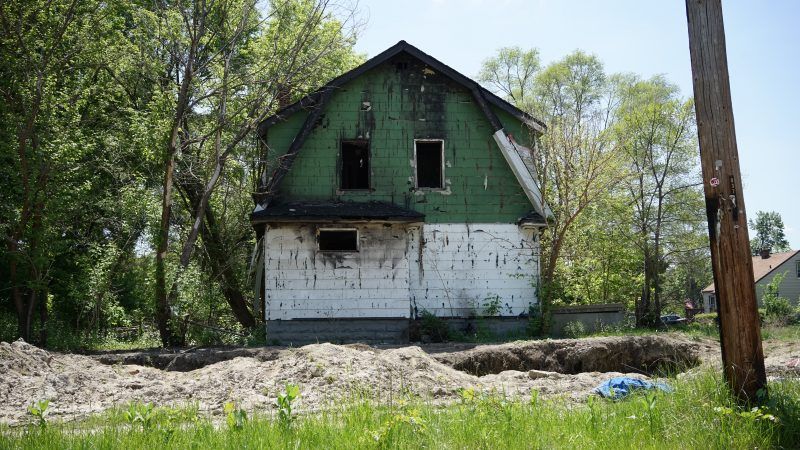 New research published by the National Bureau of Economic Research (NBER) shows that more than 90 percent of people who had previously been classified as living in extreme poverty were actually misclassified. The number of people deemed to be living in extreme poverty was significantly inflated due to a combination of misreporting on surveys as well as a lack of accurate administrative data.

Now, new data "allows us to re-examine rates of extreme poverty," which NBER defines as "living on less than $2/person/day." It turns out the actual percentage of U.S. households living in extreme poverty is 0.24 percent.

Using information from the 2011 Survey of Income and Program Participation (SIPP) as well as administrative tax and benefit program data, researchers Bruce D. Meyer, Derek Wu, Victoria R. Mooers, and Carla Medalia found that "of the 3.6 million [non-homeless] households with survey-reported cash income below $2/person/day," the vast majority—92 percent—were "not in extreme poverty once we include in-kind transfers, replace survey reports of earnings and transfer receipt with administrative records, and account for the ownership of substantial assets."

In fact, new research shows "more than half of all misclassified households have incomes … above the poverty line" entirely.

Essentially, the new NBER working paper attempts to more accurately reflect the cash income and overall assets of U.S. households. "Nearly 80% of all misclassified households are initially categorized as extreme poor due to errors or omissions in reports of cash income," researchers found.

Researchers note that "the preponderance of evidence suggests that the households reclassified" due to underreported earnings and assets "have survey incomes that are likely to be gross errors," and this provides "a potential explanation for the lack of a strong correlation found by several studies between income poverty and material hardship." But "in contrast, the households reclassified due to receipt of in-kind transfers" (like food and housing benefits) "appear to be significantly worse off than the official poor on multiple dimensions of well-being, implying that these benefits are well targeted to the needy."

The authors certainly don't deny that extreme poverty is still an issue, and they point out that their survey data "excludes homeless individuals and institutionalized populations (such as those living in nursing care facilities and prisons)." But their research shows that the number of people in extreme poverty is less of a concern than had been previously believed.


The composition of extremely poor households also differs from common understandings of it: "Among the 285,000 households left in extreme poverty, 90% are made up of single individuals. Households with multiple childless individuals make up the other 10% of the extreme poor. Strikingly, after implementing all adjustments, [none of the SIPP surveyed] households with children have incomes below $2/person/day."

The authors further state that their paper leaves room for a number of additional studies. These could get even more accurate numbers by using post-tax measures of extreme poverty and using more complete administrative data when it becomes available.