Tanzania follows in the footsteps of Rwanda and Kenya. 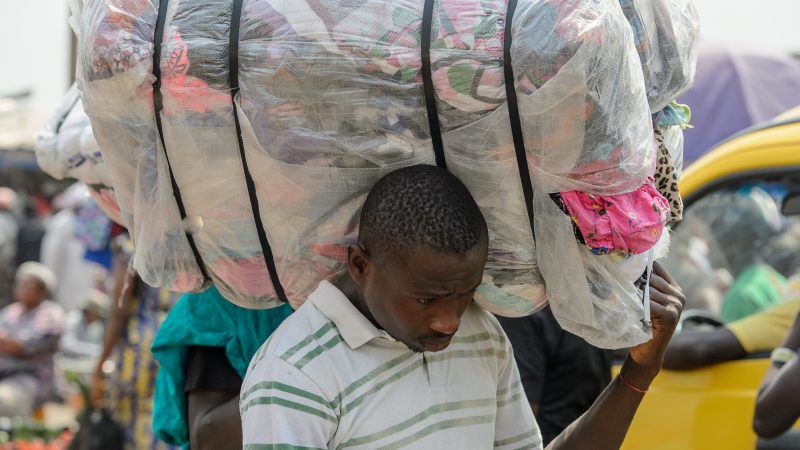 Tanzania has become the latest East African country to crack down on plastic bags. A new law there threatens to fine and jail people who make or use the items.

Those caught carrying a plastic bag can be hit with a $13 fine, according to German news site Deutsche Welle. Manufacturing them can be punished by a $400,000 fine and up to two years in jail.

Those are pretty steep penalties in a country where some 70 percent of people live on less than $2 a day.

Some environmentalists are nevertheless pleased.

"Plastic is a number one polluter of environment and a silent killer of our natural environment and resources," says Amani Ngusaru, the local director for the World Wildlife Fund. "We are happy that Tanzania is among the very few African countries to ban the use of plastic bags and we will work hard toward supporting the government in the fight against plastic pollution."

"Rwanda, a pioneer in banning single-use plastic bags, is now one of the cleanest nations on earth," says Erik Solheim, the head of the United Nation's Environmental Program, in a 2018 report on bag bans. "Kenya has followed suit, helping clear its iconic national parks and save its cows from an unhealthy diet."

"To see a developing country implement and carry out such legislation is ground-breaking. It goes to show, anything can be possible if the political will really exists and true efforts are made," reads a blog post from environmental group Plastic Oceans on Rwanda's bag ban.

Such accounts gloss over the authoritarian ways they've been implemented.

In 2016, Al Jazeera reported on the heavy-handed measures taken along the Rwanda-Congolese border to stop the trade in illegal plastic bags:

If caught, smugglers say they are forced to destroy the bags, sometimes with their teeth. Worse, they are detained indefinitely and fined hundreds of dollars, which they have no means of paying. On the Congolese side, they say, beatings are common, and in exchange for sex, officers might allow smugglers to cross the border without paying a bribe.

Reports from Kenya, meanwhile, are filled with stories of plastic-bag crackdowns that read like descriptions of drug raids here in the U.S.

In February 2018, 31 people were rounded up in Kenya's plastic bag raids, according to Kenyan news site Daily Nation. "We are following leads and tracking the dealers. We are going to work day and night to rid Mombasa and the entire country of plastic bags," said one environmental official.

In May 2018, Canada's CBC reported on the case of a Kenyan fruit seller who was jailed overnight and had his wares confiscated for giving his customers plastic bags.

In time, we can expect similar stories to trickle out of Tanzania too.

Plastic pollution is certainly a problem in these countries. Single-use plastic items pile up in urban areas, are consumed by livestock, and leak out into oceans. According to many academic studies, East Africa is one of the biggest sources of marine plastic waste.

But the U.S. and Europe have managed to dramatically reduce their own leakage of plastic waste into the environment with better waste management, not by fining, jailing, and ritually humiliating plastic bag smugglers.

Environmentalists the world over might be better served by building up trash collection and recycling systems in these countries, not cheering for violent crackdowns on everyday items.