Peter Suderman | From the June 2019 issue 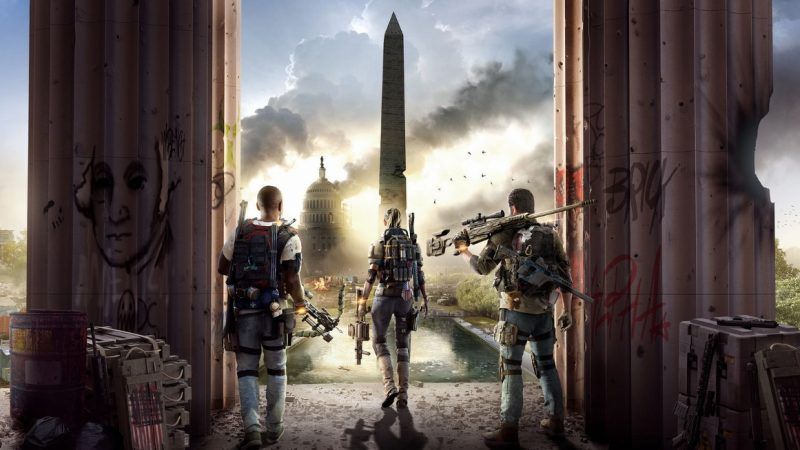 Tom Clancy's The Division 2 is set in a startlingly accurate replica of downtown Washington, D.C. You're given an underexplained, overlong, mostly irrelevant list of tasks and forced to fend off waves of crude thugs and power-mad gang leaders who want to rule the town. Surprisingly, it's not a game about being a congressional intern.

There's a premise—the U.S. has suffered a chemical attack and now the cities have become overrun with violent gangs—but there's not much story. The game is built around three core activities: hiding behind stuff, shooting people, and collecting "loot," the game's catch-all term for powerful weapons and gear that will allow you to hide behind more stuff, shoot more people, and so on and so forth, in an endless loop.

The game is best experienced as a form of virtual tourism, in which the principal pleasure is tromping through a D.C. that has been recreated almost perfectly, down to the street signs. Although many specific location names have been changed and the streets have been cluttered with debris, almost every building façade has been recreated in faithful detail.

Missions take you inside major landmarks, turning them into virtual shooting galleries: You'll liberate the Newseum (renamed "Viewpoint") from a gang of white-nationalist types and fight your way through a Vietnam-themed exhibit at the American History Museum—an odd reminder that neither war nor the game can ever truly be won.

The game's repetitive structure feels work-like, with each mission and location just leading to more of the same, but slightly harder. The only reward is yet another pointless task. Come to think of it, maybe it is about being an intern after all.