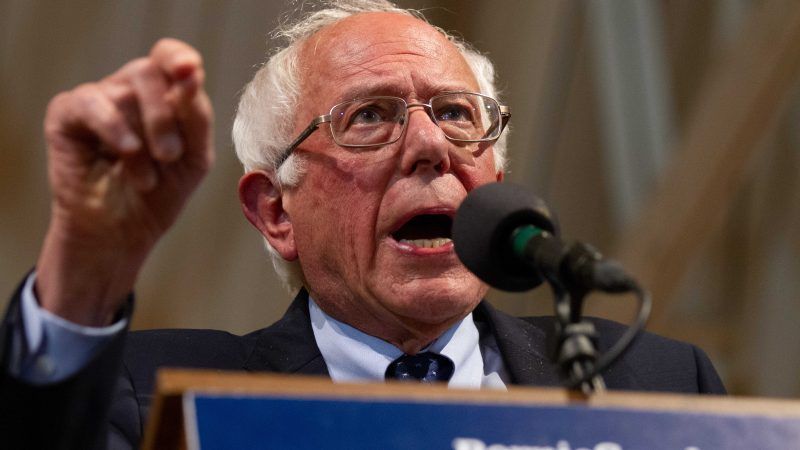 Presidential hopeful Sen. Cory Booker (D–N.J.) reaffirmed his tepid support for public charter schools at a campaign stop on Friday, breaking with a long roster of primary rivals who have condemned school choice in favor of the traditional public school system.

"I've seen charter school models that are outrageous and unacceptable," Booker told the Washington Examiner. "I've seen charter laws propagated by Republicans that just outright dangerous. And so I understand those people, I'm one of them, that wants to stop those kind of movements.

"But I've also seen in places like Newark, N.J., and other places where local leaders are making decisions that elevate the best educational possibilities of their children, and local leadership should be allowed to do that," he continued.

Booker's comment was in response to the education plan released by Sen. Bernie Sanders (I–Vt.)—a frontrunner for the Democratic presidential nomination—who would issue a moratorium on public funding for charter schools until a national audit can measure the impact of their growth in every state. The plan would also require that charters—which can be privately run and often use innovative educational models—adhere to the same oversight requirements as traditional public schools.

"65 years after Brown v. Board of Education, many U.S. schools remain unacceptably segregated," says Sanders' plan. He's correct—but charter schools are not the problem. The initial data actually suggests that they might be part of the solution, as they exhibit a slight desegregating effect in classrooms. It's true that some charters are heavily populated with minority students, a fact not lost on critics of school choice. But such objections fail to consider the contextual factors that influence the makeup of any given student body. Like location.

"It's like saying that urban public schools are more racially isolated than public schools nationwide," Michael Petrilli, president of the pro-charter Thomas B. Fordham Institute, told Governing last year. "Of course they are—urban neighborhoods are the most segregated in the country. And in most states, most charters are urban."

Further probes into classroom outcomes reveal that students in public schools perform at a disadvantage when compared to their peers at charters. In Florida, for instance, students at charter schools were 6 percent more likely to pass state reading tests than those in public schools. Such benefits are particularly prevalent in the underprivileged and minority communities: Pass rates were 10 percent higher for low-income children and 12 percent higher among the Hispanic population.

Evidence shows that African Americans have much to gain from school choice as well, with black students in urban charters amassing an additional 36 days of learning in math and 26 days in reading. Students who are both black and low-income make even larger strides, gaining 59 days in math and 44 days in reading.

It should come as no surprise that 68 percent of charter school students are from minority communities. People of color are more likely to grow up in impoverished neighborhoods with less effective schools, motivating some to seek opportunities outside of their zip codes. It should also fail to shock, then, that the majority of black Democrats (58 percent) and Hispanic Democrats (52 percent) support school choice.

But within the Democratic party as a whole, whites overwhelmingly tilt the scales against charter schools, with only 26 percent of whites polling favorably. Many such detractors likely side with Sanders, whose plan says that school vouchers have "drained funding from the public school system." That messaging has become commonplace, particularly as the Democratic party tilts toward a more socialist brand.

But while Sanders' explanation is a popular political talking point, it's also a misleading one. Education spending is at an all-time high, with states shelling out an average of $13,474 per student to attend public schools each year. Yet academic progress has remained stagnant.

Meanwhile, charter schools receive 27 percent less in per pupil funding—but they're savvier with what they do get. A recent study that examined charter schools across 8 U.S. cities found that they are 40 percent more cost effective.

Sanders' plan would also eliminate for-profit charters, which is a position that Booker likely shares. Booker tells the Washington Examiner that his commitment to Newark, N.J., where he was mayor from 2006–2013, "was not to for-profit charter schools."

But for-profit charters make up a mere 12 percent of total charters, and the individual schools in that category are nearly always structured as nonprofits. Sanders' attempt to scapegoat a small number of profitable charter management firms for the problems of American public schooling is a clever political move, but not an accurate picture of their influence in American education.