The agency, which has yet to release the agent's name, had to amend its statement about the circumstances of Claudia Patricia Gómez González's death. 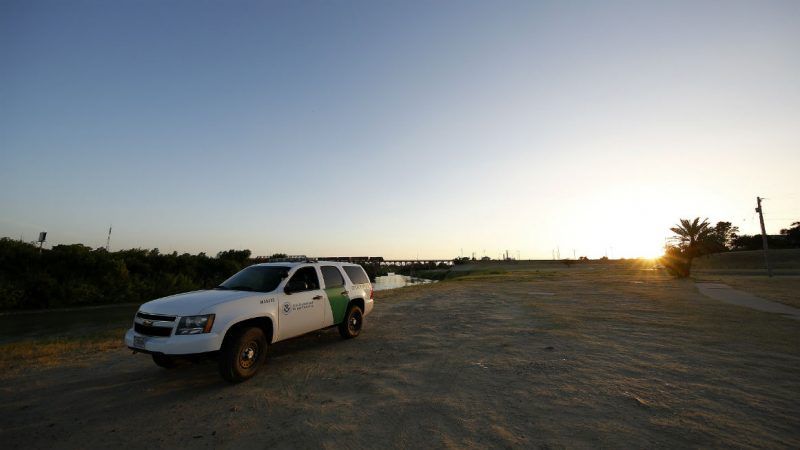 The American Civil Liberties Union (ACLU) of Texas is suing the federal government for $100 million over the death of Claudia Patricia Gómez González.

In May 2018, an unnamed Border Patrol agent in the Laredo sector shot and killed González, a 20-year-old woman from Guatemala. The agency's initial statement said that the agent fired his weapon in response to multiple "assailants" hitting him with "blunt objects." The agency then updated its statement, saying that the 15-year veteran had ordered the group to the ground, then fired one round from his gun after they "ignored his verbal commands and instead rushed him."

The ACLU's lawsuit, which was filed on behalf of González's family, accuses the Department of Homeland Security and U.S. Customs and Border Protection of battery, negligence, recklessness, and wrongful death.

As Reason has previously reported, the Laredo sector has seen the highest numbers of employee misconduct and disciplinary actions. In 2017, 13 percent of the sector's Office of Field Operations and 42 percent of the U.S. Border Patrol were involved in some kind of disciplinary incident. These include drug- and alcohol-related crimes, domestic incidents, and abuses of power.

González's death wasn't the only time last year that a border agent in the Laredo sector made national news in connection with a killing. In April, agent Ronald Anthony Burgos-Aviles stood accused of slaying both his lover and their child. And in September, another agent—Juan David Ortiz—confessed to murdering at least four sex workers.