Bill Would Limit California Cops' Use of Deadly Force 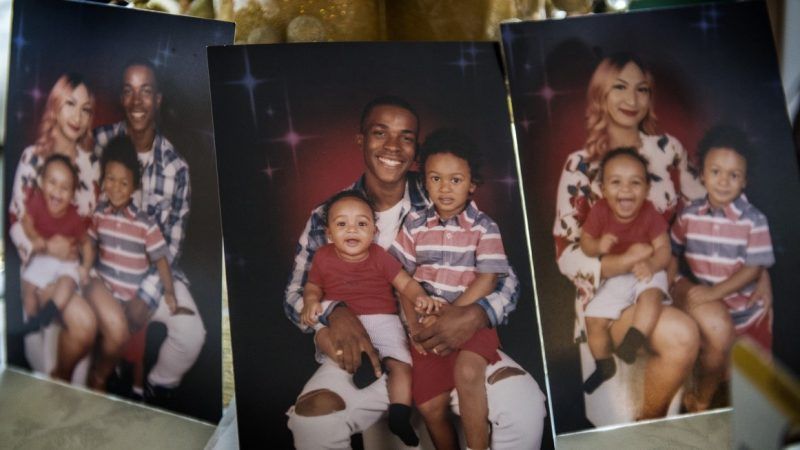 A compromise between California law enforcement and civil rights organizations will allow a bill to move forward that would restrict how police in the state may use deadly force against suspects.

The ensuing public outrage was compounded in March when the Sacramento District Attorney's office decided not to file any charges against the two officers involved. California law permits cops to use deadly force if they have a "reasonable fear" that they are in danger. Officers thus can justify the use of deadly force by saying they saw what they thought was a threat, even if the threat wasn't real.

That's a bit of a mouthful, and that's partly due to the aforementioned compromise. The original version of the bill was a bit stricter: That "necessary" use of deadly force referred more specifically to when a police officer objectively believes he or she had no alternatives to the use of deadly force given the totality of the circumstances.

In the Clark example, the police immediately started shooting because they mistakenly thought Clark had fired a gun at them. He did not. The police were not pinned in or out in the open and vulnerable. They had Clark trapped in a backyard and were around a corner from him. They could have backed off for a moment and remained completely safe, and then they might have realized that Clark was not, in fact, shooting at them. That's the kind of decision that the bill was intended to propose.

But law enforcement groups resisted that version of the bill, and so the two sides have reached this compromise. As the Los Angeles Times notes, this doesn't mean the police organizations are supporting AB 392. They remain unhappy about it. It just means they're not going to oppose its passage any longer.

Nevertheless, the bill's supporters are claiming a big win. It certainly seems much more likely to pass now. Peter Bibring, police practices director for the American Civil Liberties Union of California, sent out a prepared statement about the good news:

By requiring that officers use deadly force only when necessary, AB 392 will finally address this serious problem head on and establish one of the strongest state use of force laws in the country.

This groundbreaking bill draws directly from use of force policies that individual law enforcement agencies have successfully adopted throughout the country—and that we know work to reduce use of force incidents while also keeping officers safe.

The bill will now move forward to an Assembly vote. Democratic Gov. Gavin Newsom has already declared his support for the legislation. You can read the new compromise text here.