Ads for sandwiches, toilet paper, condoms, and more riffing off Game of Thrones show how market culture is a glorious "perpetual meaning machine." 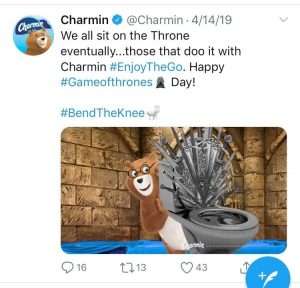