Psychonautical Journalist Michael Pollan Says the FDA, Not Voters, Should Decide Who Gets to Use Psilocybin

The approach Pollan prefers will not get us to the destination he says he wants to reach. 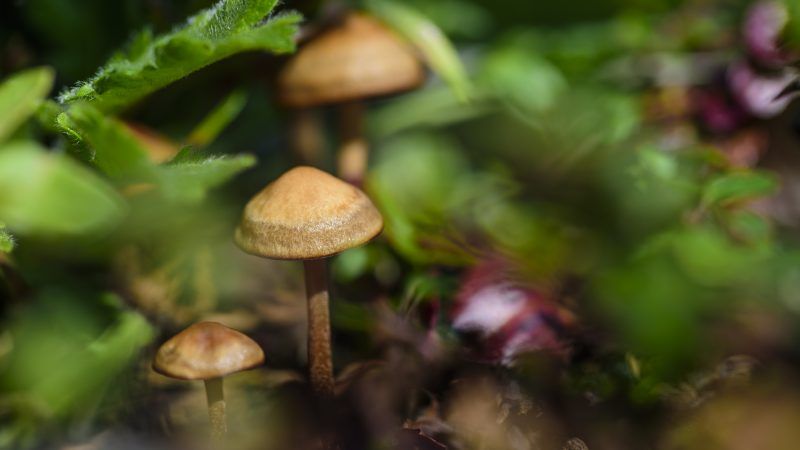 Michael Pollan, who last year published a fascinating book about psilocybin and other psychedelics that includes vivid and detailed descriptions of his own experiences with them, argues that voters should not be trusted to decide the legal status of these substances. "As much as the supporters of legal psilocybin hope to follow the political playbook that has rapidly changed the status of cannabis in recent years, they need to bear in mind that psilocybin is a very different drug, and it is not for everyone," he writes in The New York Times, responding to the psilocybin ballot initiative that Denver voters approved this week. "I look forward to the day when psychedelic medicines like psilocybin, having proven their safety and efficacy in F.D.A.-approved trials, will take their legal place in society, not only in mental health care but in the lives of people dealing with garden-variety unhappiness or interested in spiritual exploration and personal growth. My worry is that ballot initiatives may not be the smartest way to get there."

FDA approval of psilocybin as a prescription medicine may seem like a smarter way to Pollan, but it will not lead to the destination he says he wants to reach. Even allowing for off-label use of a drug approved for a specific indication (depression, in this case), doctors will not be prescribing psilocybin for "spiritual exploration and personal growth." Anyone who wants to obtain psilocybin for those purposes will have to persuade a doctor that he qualifies for a recognized psychiatric diagnosis. And while that sort of thing might happen from time to time, it is a fundamentally dishonest approach that reinforces the pseudoscientific medicalization of the human condition.

The pressing problem right now is what should happen to people who defy the government's arbitrary ban on psychoactive mushrooms. "No one should ever be arrested or go to jail for the possession or cultivation of any kind of mushroom," Pollan writes. "It would be disingenuous for me to say otherwise, since I have possessed, used and grown psilocybin myself."

Pollan therefore should have no objection to the Denver initiative, which makes arrests for possession of psilocybin mushrooms the city's "lowest law enforcement priority" and prohibits the use of "any city funds or resources" for that purpose. Even if Denver police make only 17 or so psilocybin arrests a year, that is 17 too many.

Since the Denver initiative applies to "propagation of psilocybin mushrooms by an adult for personal use," it protects people like Pollan from the prison sentences they might otherwise face. If he had grown his mushrooms in Colorado, he would be eligible for a prison sentence of two to four or four to eight years, depending on how much the mushrooms weighed.

An initiative that could appear on the 2020 ballot in Oregon, which Pollan mentions, would go further than the Denver measure, authorizing state-licensed producers and suppliers of psilocybin mushrooms. "Under the proposed measure," its backers say, "any individual over 21 years of age, upon attaining medical clearance from a physician, could participate in a sequence of sessions, provided on-site at an independently licensed psilocybin service facility. A client would not need to be diagnosed with a qualifying medical condition to access these services." Production, distribution, and possession of psilocybin outside of this system would remain illegal.

The rules described in the Oregon initiative, which require that clients have medical clearance and take psilocybin only under the supervision of trained "facilitators" in licensed locations, would seem to address Pollan's concern that psychedelics should be treated with appropriate care and respect. Yet he is holding out for FDA approval of psilocybin as a prescription drug, use of which would require "a qualifying medical condition." The approach he prefers would prevent people from using the drug for "spiritual exploration and personal growth" unless they were willing to accept a psychiatric label and could find a doctor willing to apply it.

Pollan also mentions an initiative that California activists are working on. The 2018 version, which failed to qualify for the ballot, would simply have eliminated criminal penalties for "possession, sale, transport and cultivation" of psilocybin by adults 21 or older. While that is closer to the policy I'd like to see, I assume Pollan would prefer the more restrictive approach described in the Oregon initiative.

Either way, state legislators are not about to pass anything like either of these initiatives, and the FDA does not have the power to do so. Expecting FDA approval of psilocybin as a medicine to address the unjust treatment of people who use the drug for "spiritual exploration and personal growth" (or just for fun!) is like expecting FDA approval of Marinol, Epidiolex, or Sativex to address the unjust treatment of cannabis consumers.