The process for obtaining "extreme risk protection orders" that take away people's Second Amendment rights is rigged against gun owners from the outset. 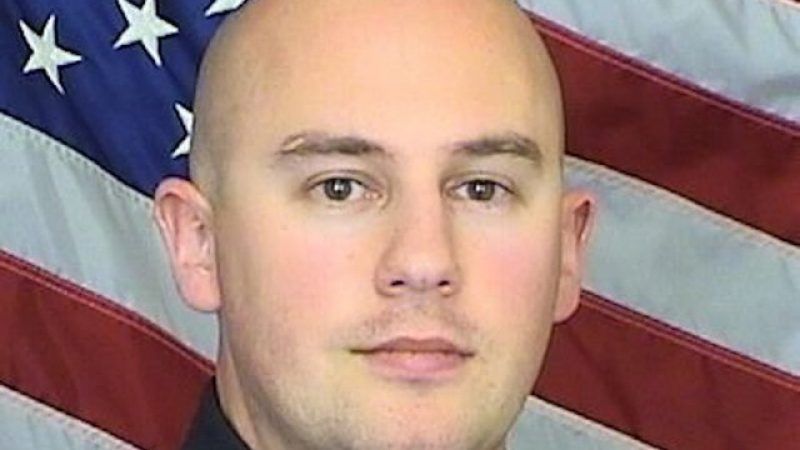 This month Colorado became the 15th state to enact a "red flag" law that authorizes court orders forbidding gun possession by people deemed a threat to themselves or others. The new law, which has drawn strong criticism from Second Amendment advocates, including some county sheriffs, illustrates the civil liberties concerns raised by such attempts to identify and disarm people prone to suicide or homicide.

Colorado's Deputy Zackari Parrish III Violence Prevention Act, which takes effect next year, is named for a 29-year-old Douglas County sheriff's deputy who was killed in 2017 by a 36-year-old veteran with a history of psychological problems. The law allows a long list of people, including law enforcement officers, current or former household members, and people related by blood, marriage, or adoption, to seek a temporary "extreme risk protection order" (ERPO) against someone they believe "poses a significant risk of causing personal injury to self or others in the near future." The standard of proof at this stage, when the "respondent" does not have an opportunity to respond, is a "preponderance of the evidence," meaning he is more likely than not to pose a significant risk.

Depending on what counts as a "significant risk," the probability that the subject of a temporary order actually would have used a gun to hurt himself or someone else may be quite low. If 10 percent is significant, for example, that probability might be around 5 percent (51 percent times 10 percent). So even if judges are weighing the evidence with such precision, they will be taking away the Second Amendment rights of people who almost certainly would not have committed suicide or murder.

In practice, judges will be inclined to err on the side of what they take to be caution. When the only evidence comes from someone who believes the respondent poses a threat, judges will rarely, if ever, decline to issue a temporary ERPO. The possible downside of rejecting a petition—the death of the respondent or someone else—will weigh heavily on the judge's mind, while the temporary deprivation of the subject's constitutional rights will seem trivial by comparison.

A temporary ERPO lasts for up to 14 days, at which point the judge has to schedule a hearing where the respondent finally has a chance to challenge the claims against him. The respondent has a right to a court-appointed attorney if he cannot afford legal representation or would rather not pay for it. If he does not show up at the hearing, the court can issue an ERPO without any adversarial process.

To obtain an ERPO at this stage, the petitioner must present "clear and convincing evidence" that the respondent poses a significant risk. Unlike with the temporary, ex parte order, that risk need not be "in the near future." The judge may consider "any relevant evidence," including, but not limited to, recent threats or acts of violence, violations of civil protective orders, violations of previous ERPOs, criminal convictions involving violence or cruelty to animals, unlawful or reckless use of firearms, a "history of stalking," drug or alcohol abuse, recent acquisition of a firearm, a job requiring the respondent to carry a firearm, and "any available mental health evaluation or chemical dependency evaluation." While some of these factors are clearly relevant, others, such as illegal drug use or the purchase of a firearm, may have little or nothing to do with the question of whether the subject poses a significant threat to himself or others. Furthermore, the judge is authorized to consider literally any other fact or allegation that he deems relevant.

If the judge issues an ERPO, it lasts for 364 days unless the subject seeks early termination and shows by clear and convincing evidence that he does not pose a significant threat. That case will be hard to make, especially since "significant risk" is undefined and judges will not want to take the blame should something terrible happen after they terminate an order. The petitioner has a right to seek an extension of the order before it expires, based on the same standard of proof.

Eagle County Sheriff James van Beek argues in a Facebook post that the ERPO process makes gun owners "guilty until proven innocent." He notes that when the subject of an ERPO tries to have it terminated, "the burden of proof is not on the petitioner (the accuser), as in every other legal case, but instead, is placed on the respondent (defendant) to prove that the accusations are wrong." He observes that "proving one's sanity could be very difficult, as it is highly subjective." Nor is "proving one's sanity," however that's defined, enough to prevail, since a person may be considered a threat even if he does not qualify for a psychiatric diagnosis.

Van Beek also worries that "if a person is truly in a mental crisis, this aggressive approach will create even greater stress, possibly resulting in a violent overreaction, as their personal property has been taken, without a crime ever having been committed." When police seize guns from the subject of a temporary ERPO, Van Beek notes, it happens "with no warning or ability to defend themselves against the charges." Furthermore, he says, the possibility of that outcome may deter troubled people from seeking professional help.

The House version of the bill included a provision giving the respondent a civil cause of action against someone who files a "false or malicious" ERPO petition, allowing him to recover damages, costs, and attorney fees. But that provision did not make it into the final version of the law. With everyone from ex-girlfriends and former roommates to grandparents, in-laws, and second cousins empowered to seek ERPOs, the opportunities for malice or honest error are multiplied.

The basic problem, as with other "red flag" laws, is that the process is rigged against the respondent from the beginning. Once a temporary, ex parte ERPO is issued (as it probably will be), there is apt to be a bias in favor of extending it and against terminating it early, since the respondent already has been deemed a threat (even if the standard of proof was initially weak), and the possibly deadly consequences of letting him possess guns will loom large. Given that bias, the indeterminacy of "significant risk," and the difficulty of predicting a respondent's behavior, it seems inevitable that the vast majority of people who lose their constitutional rights under this sort of law will pose no real threat to themselves or others.

[This post has been corrected to reflect the excision from the final bill of the provision creating a civil cause of action against people who file "false or malicious" ERPO petitions.]