The End of Doom

Leaked U.N. Report Says a Million Species Are at Risk of Extinction

Such predictions were wrong half a century ago, and this one is likely mistaken too. 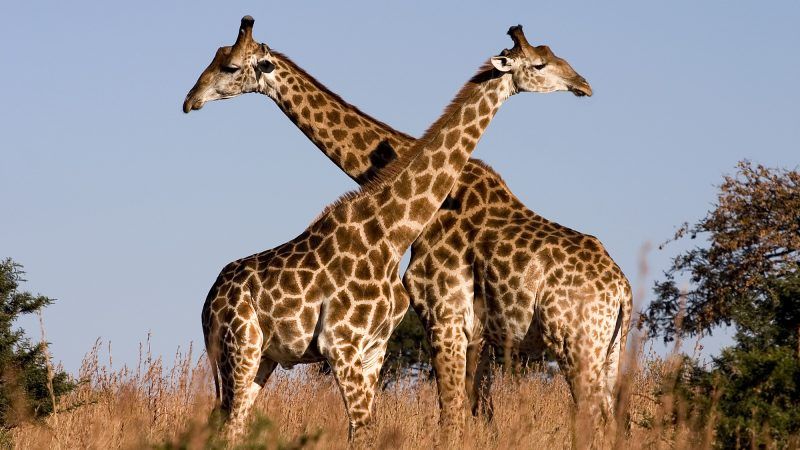 "Half-a-million to a million species are projected to be threatened with extinction, many within decades." So warns the leaked Summary for Policy Makers from a draft of forthcoming report from the United Nations' Intergovernmental Science-Policy Platform on Biodiversity and Ecosystem Services. The final version, which is scheduled for release on May 6, will be mammoth 1,800-page assessment of scientific literature on the state of nature.

Dire warnings of an imminent global extinction crises are not new. As I reported in my book The End of Doom, S. Dillon Ripley of the Smithsonian Institution predicted in 1970 that in 25 years, somewhere between 75 and 80 percent of all the species of living animals would be extinct. That is, 75 and 80 percent of all species of animals alive in 1970 would be extinct by 1995.

In 1979, Oxford University biologist Norman Myers stated in his book The Sinking Ark that 40,000 species per year were going extinct and that a million species would be gone by the year 2000. Myers suggested that the world could "lose one-quarter of all species by the year 2000." At a 1979 symposium at Brigham Young University, Thomas Lovejoy—who later served as president of the H. John Heinz III Center for Science, Economics, and the Environment—announced that he had made "an estimate of extinctions that will take place between now and the end of the century. Attempting to be conservative wherever possible, I still came up with a reduction of global diversity between one-seventh and one-fifth." In 1994, biologist Peter Raven predicted in Nature Conservancy that "since more than nine-tenths of the original tropical rainforests will be removed in most areas within the next thirty years or so, it is expected that half of the organisms in these areas will vanish with it."

What should we make of the U.N. report's forecast? It declares that the rate of species loss "is already tens to hundreds of times higher than it has been, on average, over the last 10 million years." Researchers have estimated the background extinction rate without human influence is about 0.1 species per million species years. In other words, if you follow the fates of a million species, you would expect to observe about one species going extinct every 10 years. The report evidently estimates that the planet harbors around 8 million species, of which the majority is insects. Those figures suggest that around 8 species naturally go extinct every 10 years.

Boosting that factor by 1,000 suggests that 8,000 species go extinct every 10 years, or 800 per year. At that rate, some 64,000 species—about 0.08 percent of species—could go extinct by the end of this century. To get estimates of between a half million and a million extinctions, the U.N. report may be citing studies that suggest future extinction rates are likely to be 10,000 times higher than the natural background rate.

The report notes that human beings and our livestock now account for more than 95 percent of mammal biomass. This figure is likely derived from a 2018 Proceedings of the National Academies of Science (PNAS) study, which notes that "human activity contributed to the Quaternary Megafauna Extinction between 50,000 and 3,000 years ago, which claimed around half of the large (>40 kg) land mammal species." Among the 178 now extinct mammal species are woolly mammoths, saber-tooth tigers, ground sloths, toxodons, Irish elks, and woolly rhinoceros.

Chris D. Thomas, a conservation biologist at York University, thus suggests (in his riveting book Inheritors of the Earth) that "the natural state of the world—to be full of large herbivorous animals and carnivores that eat them—continues to the present day." Now the herbivores are cows and chickens, and we're the carnivores.

The U.N. report says the greatest threats to species are shrinking habitat, hunting, climate change, pollution, and the introduction of alien species. It notes that more than two billion people rely on wood fuel for energy and four billion rely on natural medicines. This will most likely not be the case by the end of the century as at least 85 percent of people will be living in cities and much larger incomes will give them access to modern medical treatments.

The U.N. study also says that more than 75 percent of global food crops require animal pollination. This is somewhat misleading. The leaked draft reportedly acknowledges that "the degree of yield dependency on pollinators varies greatly among crops, [and] pollinators are responsible in a direct way (i.e., the production of seeds and fruits we consume), for a relatively minor fraction (5–8 per cent) of total agricultural production volume." Staple food crops that account for most of the calories that sustain humanity like corn, wheat, rice, soybeans and sorghum are wind-pollinated or self-pollinating.

The leaked draft does get matters right when it urges the end to subsidies to fisheries, industrial agriculture, livestock raising, forestry, mining, and the production of biofuel or fossil fuel energy. Such subsidies encourage waste, inefficiency and overconsumption. Biofuels subsidies are particularly egregious: About 25 percent of U.S. corn acreage can be attributed to ethanol production. Another study found that biofuels production claim an area of about 41.3 million hectares (about the size of California), accounting for about 4 percent of the global surface of arable land.

The good news is that however dire the trends with respect to the natural world are, they are unlikely to persist for the remainder of this century. An insightful 2018 BioScience article by some Wildlife Conservation Society researchers identifies the "conservationist's paradox": The "same forces that are destroying nature now are also creating the circumstances for long-term success." As a result of wealth creation, technological progress, and urbanization, humanity will be withdrawing from nature, leaving vast expanses of land and sea for the recovery of wild species.

And that means the dire predictions in the leaked draft are as likely to come true as those made by Dr. S. Dillon Ripley nearly 50 years ago.