"Students were just screaming that we were trying to 'kill them.'" 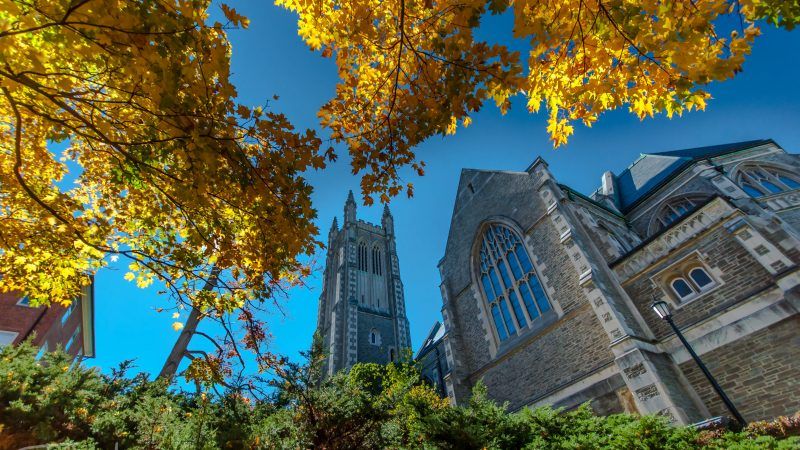 A group of faculty members at Williams College met to discuss a proposal for adopting the Chicago principles, a commitment to free speech that has now been accepted by some 60 institutions.

About 15 activist students attended the meeting, which occurred back in November, and brought signs that read "free speech harms." These students continuously disrupted the meeting, and even instructed white male professors to "sit down," according to an eyewitness, Dr. Luana Maroja.

"Students were just screaming that we were trying to 'kill them,'" Maroja, chair of Williams biochemistry program, told Inside Higher Ed.

Maroja, who is working to muster support for bringing the Chicago principles to campus, wrote about the incident recently for the blog Why Evolution Is True. She writes:

I explained how censorship hurts the very cause they are fighting for, noting that because I am Hispanic, people often assume that is the reason I got into Cornell, got a job, and got grants, and that students of color will face the same fate in the outside world. Thus, I added, students need to be able to defend their positions with strong reason and argumentation, not by resorting to violence or name-calling. …

While most professors at the meeting were highly supportive of free speech and many sent me grateful emails, I was shocked at the behavior of some of my colleagues. For example, one professor turned to the students and said that they should read the names missing from our list of signatories, as "those were professors that were with the students" (an appalling tactic that created an "us vs them" atmosphere). Another professor stated that she was involved in creating violence in UC Berkeley for Milo Yiannopoulos's disinvitation and would be ready to do the same at Williams.

The students' reaction to the idea of adopting the Chicago principles had an immediate effect. Jana Sawicki, the chairwoman of Williams' committee on free expression, initially signed the petition in support of adoption, but later took her name off the document due to student-led fury. "What needs to be bolstered here is trust in the institution, and the institution needs to deserve that," she explained to Inside Higher Ed.

What really needs to be bolstered at Williams is support for freedom of speech. That activist students think speech they disagree with is actively harmful—akin to violence against them—is a worrying trend, and one I have chronicled extensively for my forthcoming book, Panic Attack: Young Radicals in the Age of Trump (pre-order here).