A supporter says the move is "symbolic." 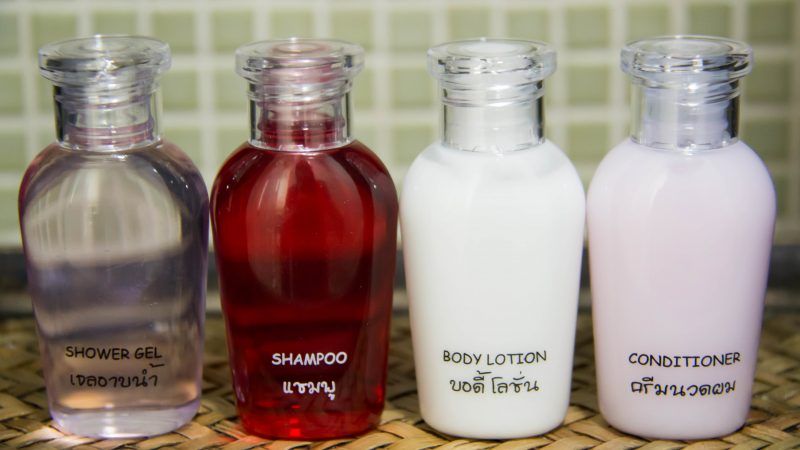 The jury has rendered its verdict: plastic is polluting our oceans, and it's a problem. But it's one that won't be solved by straw bans or prohibitions on single-use plastics.

Yet California is poised to do just that with Assembly Bill 1162, which would require that hotels and miscellaneous vacation rentals phase out small plastic bottles of shampoo, conditioner, and body lotion by January 1, 2023. Instead, they'll need to opt for refillable dispensers or containers that hold 12 or more ounces of product.

"We know we have an enormous problem with our world, we've become addicted to [plastic] and it's caused a major dilemma environmentally," Democratic Assemblymember Ash Kalra (District 27), who introduced the legislation, told ABC News.

He isn't wrong. A great deal of the plastic panic centers around the Great Pacific Garbage Patch—the infamous and mammoth collection of trash floating between Hawaii and California. Its discovery in 1997 and the years-long news coverage that followed prompted a worldwide frenzy to declutter the oceans. Measuring more than 1.6 million square kilometers (and growing), it is about three times the size of France, and more than twice the size of Texas.

But it isn't dominated by plastic straws, bags, or erstwhile shampoo bottles. As Andrew Glover points out over at Quillette, the vast majority of the debris is composed of fishing-related accessories, like nets, ropes, and baskets. An estimated 20 percent came from the 2011 Japanese tsunami.

So what about those single-use plastic items—from water bottles to straws to bags—that have drummed up such animus among environmentalists and animal lovers alike? Approximately 40 percent of plastics are produced for such purposes, according to a study by Roland Geyer, a professor of Environmental Science and Management at the University of California, Santa Barbara and supporter of California's hotel plastic ban bill.

Precisely how much of that ends up in the ocean is unclear. But recent data show that 60 percent of mismanaged plastic waste, which often makes its way into the water, comes from East Asia and the Pacific. North America—which typically processes its waste quite efficiently—has less than 1 percent.

We do know that 8 million tons of plastic in total enters the ocean annually. But Glover also notes that a hefty chunk of that comes from microplastics: tiny pieces of debris that measure less than five millimeters long. Those are often digested by birds and fish. The thought is a queasy one, particularly when considering that those animals make it onto many a dinner plate, pushing the carcinogenic substance back up the food chain. But it's a misconception that single-use plastics are pushing that problem—most microplastics come from the breakdown of synthetic car tires and from washing synthetic clothes.

That California's bill will have little tangible impact is not lost on its supporters. "It's mostly symbolic, but symbols can be powerful," Geyer said. "Hopefully it will show consumers we can stop using plastic products and realize we won't miss them." But that symbol fails to capture the actual problem—which is one that has far more to do with abandoned fishing gear, synthetic fibers, and mismanaged waste in the developing world than it does with complimentary bottles of shampoo.