But wasn't the whole point of the trade war to boost U.S. manufacturing? 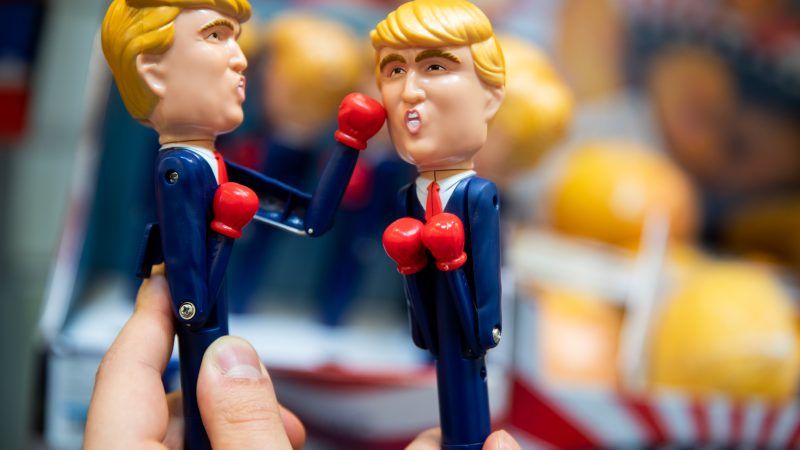 A lot more, actually, and all that agricultural excess has to go somewhere. In 2017, the last full year before the start of Trump's trade war, America exported $133 billion worth of food, beverage, and animal feed products, according to data from the federal Department of Commerce. That's the largest single category of American exports—even outpacing the $109 billion of petroleum products the U.S. sent abroad that year, and nearly as much as all passenger car ($53 billion) and airplane ($99 billion) exports combined.

All those agricultural exports are great for the country as a whole, and for the individual farmers, truckers, and exporters who benefit from that trade. The dollars they earn by selling soybeans, corn, and produce to other countries is then used to buy other things—because that's how trade works—and often those other things are made in China. That's a problem for Trump's zero-sum economic nationalism.

So when Trump decided to erect trade barriers in the form of tariffs on steel, aluminum, washing machines, solar panels, and thousands of Chinese-made goods, he was throwing a giant presidential monkey wrench into a cycle of buying-and-selling that benefited American farmers (and other business in the agriculture sector). And when China cut off purchases of American agricultural goods, it was American farmers who paid the biggest price. Without those export markets to relieve excess supply, prices fell and supply chains had to be reconfigured on the fly.

Still, the Trump administration's policy objectives were clear. American manufacturing had to be protected against cheaper products coming from China. If that meant farmers took it on the chin, so be it.

That's why it's a little bit ironic to see that, a year after the trade war started, the Trump administration is now trying to score a "win for farmers" by securing access to Chinese export markets in a new trade deal with China. That's how Bloomberg describes the latest gambit in the ongoing trade negotiations between the two nations, in which Trump's team is asking China to shift $50 billion of retaliatory tariffs off agricultural goods and onto other American exports in advance of next year's elections. The U.S. would maintain its own tariffs on Chinese goods even if a trade deal is reached, the news organization reports, citing sources familiar with the negotiations.

And what's going to happen if China goes along with that idea? Like before, American farmers will export goods to China, and then will use the money they earn to buy other things—because that's how trade works—and often those other things will be made in China.

On one hand, it's great that the Trump administration is effectively admitting a mistake and trying to reverse course out of the mess it created. China was already buying lots of American agricultural goods before Trump came along, but if he wants to basically restore the old status quo and claim that he "won" something for American farmers—well, fine, that's what politicians do all the time.