Surprised? Yeah, neither are we. 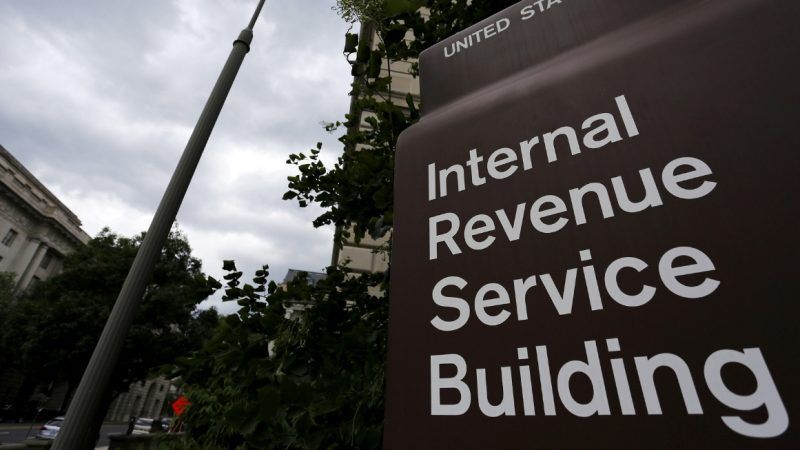 Happy April 15, everyone! The federal government collects about $3.5 trillion in tax revenue each year, according to the White House Office of Budget and Management. Here, in no particular order, are six of the more infuriating ways that money has gone to waste.

In what world do coffee mugs go for more than $750 a pop? In a special world we call the Pentagon.

To be fair, these weren't exactly normal mugs. As Reason's Zuri Davis explained in October, the specialty metal mugs can be plugged into aircraft and have the ability to reheat beverages while in flight. Unfortunately, their odd shape make them susceptible to shattering, thus necessitating replacements.

Since 2016, the Air Force has spent $326,785 on 391 of those mugs. The exorbitant cost was due to a combination of factors, including rising prices for raw materials and the fact that some of the suppliers who produced the necessary parts no longer made them. Maybe next time the Air Force should just give its crews some Red Bull.

You know how various federal and local police agencies can take suspected criminals' money and other possessions, often without even obtaining a conviction? Apparently, the State Department loves the concept so much that it decided other countries need to do it as well.

Paraguay's government established an agency in charge of seizing assets back in December 2017. The U.S. government allocated $400,000 to support the new agency's "strong and sound institutional growth from the beginning and help it become effective at managing and liquidating seized and forfeited assets for the benefit of Paraguayan national interests."

In November 2017, U.S. Customs and Border Protection (CBP) awarded a $297 million contract to an outside company called Accenture, with the understanding that it would recruit and hire 7,500 more agents in five years. Ten months into the contract, we got a progress report: The agency had paid Accenture $13.6 million in return for two accepted job offers.

Granted, more CBP agents is not necessarily a good thing. But what a way to blow a few million bucks. Thankfully, CBP terminated the contract earlier this month.

Remember back in the fall of 2017, when President Donald Trump said some mean things about NFL players who kneel during the pregame playing of "The Star-Spangled Banner"? You may also remember how Vice President Pence made a big point of leaving an Indianapolis Colts game early after several players knelt.

HuffPost calculated last year that the stunt cost taxpayers at least $325,000 once you consider Secret Service expenses, travel expenses, and the money it costs for the vice president to fly on Air Force Two. All this for nothing more than a political stunt. And why should taxpayers foot the bill for high-profile politicians to attend sporting events in the first place?

"The U.S./Mexico border is a unique macro context for drinking, with increased alcohol availability due to the lower minimum legal drinking age in Mexico of 18 years and an increased number of venues for on premise consumption of alcohol (bars, clubs, restaurants)," according to a National Institutes of Health (NIH) grant for the 2018 fiscal year.

Is that something U.S. taxpayers should worry about? Apparently so: The NIH gave the Pacific Institute for Research and Evaluation $333,210 to study the phenomenon.

One of the study's goals: to determine whether "younger Mexican Americans in the border cities will be more likely to drink in public venues such as bars and clubs than at home and with family than age matched Mexican American and Whites in Valley cities."

Here's another questionable NIH grant to the Pacific Institute for Research and Evaluation. In 2018, the group got $180,304 to study "the high risk behaviors…of young adults who patronize clubs."

It's worth wondering question why taxpayers should have to pay $180,304 for this kind of research. But the actual number is much higher—about $2.9 million since 2014, according to the Washington Free Beacon.