Friday A/V Club: The past and possibly future presidential candidate starred in some of the greatest, strangest campaign ads ever made. 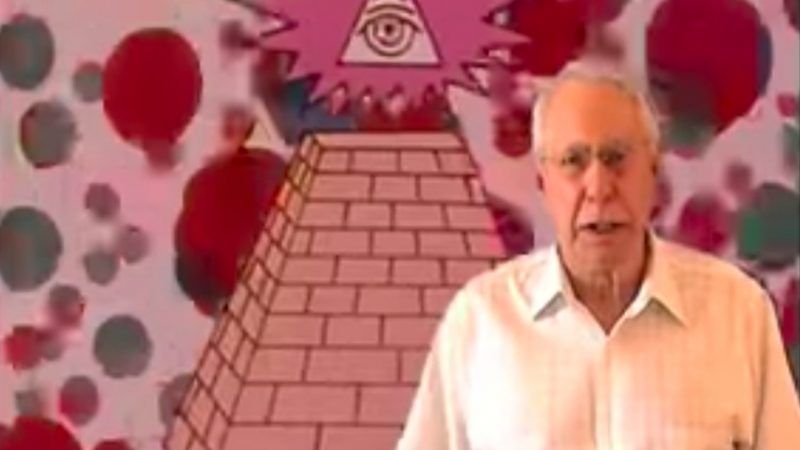 Former Alaska Sen. Mike Gravel declared this week that he might enter the Democratic presidential race. And by "former Alaska Sen. Mike Gravel," I mean "two teenagers who have taken over Mike Gravel's Twitter account." The teens are operating with Gravel's approval, but they're writing the tweets themselves; The Washington Post reports that "he doesn't review tweets before they're posted." So no, it isn't the 88-year-old author of Citizen Power who wrote this:

I have transcended sleep, I am now in the Gravelverse

Gravel himself hasn't decided whether he wants to run. He definitely doesn't want to win, as even the sentient Twitter account will tell you:

I'm not planning to contest any primaries and, if offered the nomination, would decline it. (Anyone who actually thinks they could serve as president is probably crazy.)

But there are some good options. Maybe @Ilhan?

So even if this happens, it'll be more of a way to draw attention to Gravel's radical critique of U.S. foreign policy than a genuine bid for the presidency. Gravel hasn't held elected office since he left the Senate in 1981, and that's not going to change four decades later.

Gravel's greatest claim to fame came in 1971, when the government was trying to suppress coverage of the Pentagon Papers, a leaked Defense Department document filled with uncomfortable truths about the Vietnam War; the senator offered an end-run around the threat of censorship by reading the report into the Congressional Record. Gravel's most recent claim to fame was his anti-war, anti-IRS, pro-direct-democracy presidential campaign of 2008. Gravel ran initially in the Democratic primaries and then, after being shut out of the later debates, made a bid for the Libertarian nomination instead.

Along the way, he appeared in some of the most remarkable campaign spots of the 21st century. Gravel refused to call them ads, and they certainly didn't resemble any normal sort of advertising. They came out in 2007, when YouTube was young and weird online political videos still felt novel. So it stood out when Gravel released The Rock, a satori-inducing clip in which the former senator stares silently at the camera for more than a minute, then turns, heaves a rock into a body of water, watches it splash, and walks away:

Or Fire, which begins with some brief footage of the candidate hiking through the woods before settling in for a Warholian seven-minute shot of the blaze:

But the best Gravel video, the one that truly captures the late-hippie ethos of the campaign, is this mash-up of John Lennon, Vince Collins, and Duck and Cover. It made me feel like voting for the guy, and I say that as someone who never feels like voting for anyone:

The senator didn't dream up those videos himself. Some artists approached him about making them, and he gamely went along with their ideas. I guess that's not so different from a candidate putting himself in the hands of a PR firm or an ad agency; it's just that Gravel went with some avant-gardists instead. And now he's taking the natural next step and letting some teenaged memesters take control of his public identity.

(Gravel also appeared in a Reason TV video once, impersonating Alfred Hitchcock in 2010's "3D Fiscal House of Horrors." To see that, go here. For past editions of the Friday A/V Club, go here.)