Free Markets Are Moral, Not the 'Lesser of Two Evils'

A system that lets us make our own decisions about our own lives is more moral than one that transfers them to powerful strangers. 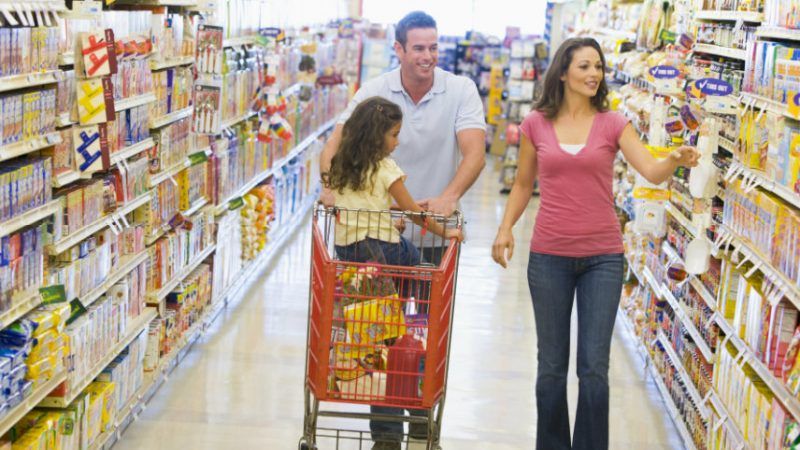 The past two weeks, this column has been obsessed with "socialism" because the concept has suddenly become fashionable again on the left. I brought up the devastation of various socialistic experiments, but was met with a variety of rebuttals. Some critics view socialism as something warm and fuzzy (free health care, like in Sweden!), while others drip with hostility at the inequality of market-based economic systems. There was widespread agreement, however, that U.S.-style capitalism has somehow failed.

There's even a strain of conservatism—including some thinkers who have bolstered the Trump presidency—that is dismissive of capitalism. In January, this column focused on Fox News' commentator Tucker Carlson, who argued that "Any economic system that weakens and destroys families is not worth having." Many social conservatives dislike capitalism because it undermines their cultural values by promoting materialism, vulgarity and hedonism.

Even those in the political center, who might be expected to boisterously defend the market, have some doubts. They seem to view capitalism as a "lesser of two evils" and not a good in itself. New York Times columnist David Brooks in January defended capitalism, but described the way it has turned society into "an atomized collection of individual economic units pursuing self-interest." He called for embedding it with "moral norms" to serve a "larger social good."

In the words of my Russian grandmother, who was driven off her property by a government unconstrained by property rights or limits on its power, "Feh." That's a Yiddish term of disgust. Before you start penning your email, let's get this out of the way: Obviously, the American system is no more a pure capitalist system than the Union of Soviet Socialist Republics was a pure socialistic system. Even those vaunted Nordic countries aren't exactly what people think. They are more capitalistic than America in some ways, although they have higher levels of social spending.

We're talking generalities. Socialism puts the government in control of the economic system and redistributes wealth as the political authorities see fit. Some socialistic countries allowed the ownership of tightly regulated businesses and private property, while others didn't. Market capitalism lets individuals and companies make society's key economic decisions as they pursue—gasp!—profit. Every modern "capitalistic" system has extensive government regulation of the private sector. They all tax people and provide redistributionist programs.

Nothing is pure, but people like me—that is, libertarians—believe there should be lower taxes, fewer programs and less government control of the economy. Whatever their ultimate societal vision, self-described socialists believe there should be more government control, more programs and more redistribution. They are winning the day because our side keeps making excuses for markets and the flaws in our society. Yet market capitalism truly is moral, even though it cannot provide what some moralists seek, which is something approaching Nirvana.

Markets simply are the sum total of all the individual decisions that people make on their own. I want to buy a car. I value certain features. Companies offer products at different prices and try to sweeten the deal. I negotiate, then buy what I want. Everyone profits, including the tax collector. Wealthier people buy nicer cars than poorer people. So what? In capitalist societies, there are ways to get poorer people a decent ride as they work their way up the economic ladder. In socialistic countries, almost everyone (except the political elite) queues up to take the bus.

Are there shady car dealers? Of course. Bad people are part of life. There needs to be some regulation (e.g., against fraud, theft, violence). But those who complain about the behavior of some private actors gladly give immense power to equally flawed government officials. Markets are about cooperation. Individuals negotiate with others to get what they want. Government is about force, about other people deciding (through edicts or votes) how you must behave and punishing you if you resist. Which seems moral to you?

"Far from being an amoral arena for the clash of interests, as capitalism often is portrayed by those who seek to undermine or destroy it, capitalist interaction is highly structured by ethical norms and rules," wrote libertarian scholar Tom Palmer, in an introduction to the book, The Morality of Capitalism. "Indeed, capitalism rests on a rejection of the ethics of loot and grab, the means by which most wealth enjoyed by the wealthy has been acquired in other economic and political systems."

A system that lets us make our own decisions about our own lives is more moral than one that transfers them to powerful strangers. Freedom is better than coercion. Prosperity is more uplifting than poverty. "The inherent vice of capitalism is the unequal sharing of blessings; the inherent virtue of socialism is the equal sharing of miseries," Winston Churchill said in 1945. Let's not cede the moral high ground to people who tout utopian ideas that usually result in misery.