Shrinking of Cybersecurity Theater Should Be Celebrated…If True: Reason Roundup 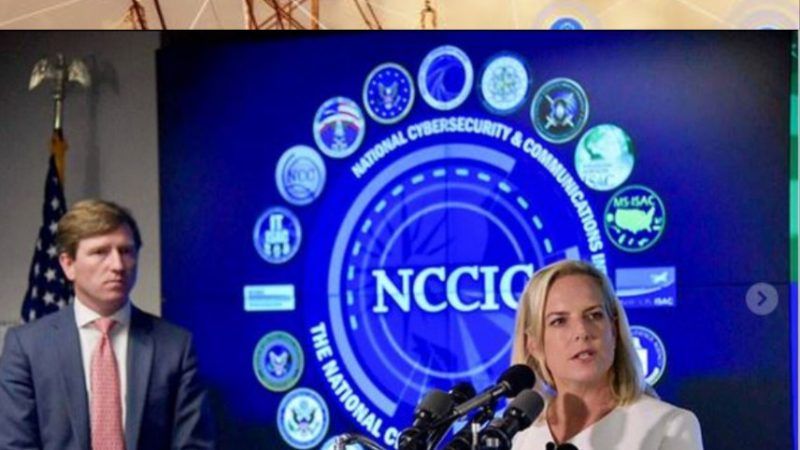 It seems a little premature to say that President Donald Trump has "gutted" the forces meant to address election security and foreign influence in U.S. politics. It's even more strange to frame this as some sort of Trumpian cover-up.

The evidence offered is that two specific task forces, both created in response to the 2016 presidential election, now have fewer members. "One focuses in part on securing election infrastructure and the other focuses on foreign influence efforts, including social media disinformation campaigns," explain Erin Banco and Betsy Woodruff at The Daily Beast. These days, one is "half the size it was a few months ago, according to two [Homeland Security] officials familiar with the task forces," while "the other task force also shrank significantly shortly after the midterms."

But that's what was supposed to happen. Both task forces were intended as limited-purpose, limited-duration endeavors, according to the Beast's reporting. So it only makes sense that after a couple years, the government may be winding down their efforts. Why characterize this as some sort of shady maneuvering? Especially considering that a whole new agency was created to take over their functions.

Last November, Trump signed into a law a measure creating a permanent Cyber Security and Infrastructure Agency (CISA), housed within the Department of Homeland Security (DHS). The legislation transferred a range of responsibilites from these temporary task forces (as well as other programs) to the new, permanent agency. And it has big plans.

DHS spokesperson Sara Sendek tells the Beast that her agency is in the midst of expanding partnerships with state and local governments and bringing on more permanent staff, since the task forces' members had previously been plucked from other federal positions on temporary assignment. That's why the numbers recently dwindled, as those temporary assignments came to an end.

"Election security remains a priority for CISA," says Sendek. "The work of these task forces continues to this day and is being institutionalized as a permanent effort. While some of the personnel who were brought on to serve on these task forces in temporary assignments have returned to their regular roles, we are also currently hiring new employees into permanent election positions to build out our team and support our efforts for 2020 and beyond."

Some of the anonymous DHS officials the Beast quotes complain that instead of putting more resources into CISA, Homeland Security—which also houses Immigration and Customs Enforcement—is obsessed with our Southern border and with whipping up fear about migrant caravans. That's both obvious and no good. But the Russian election-meddling and foreign-influence fears are similarly stacked with political hype. Here's to dreaming of DHS getting out of both.

Federal prosecutors dropped attempts to deport rapper 21 Savage on "aggravated felony" grounds. His lawyers said the conviction has been vacated and thus ICE's reasoning didn't stand up. From Buzzfeed:

The government is now pursuing his deportation only on the grounds that he had come from the UK at the age of 7 and had overstayed a visa, according to Charles Kuck, managing partner of Kuck Baxter Immigration, who represents the rapper.

"I think this case is emblematic of a lot of cases where people are detained for not correct reasons, but they don't always have resources to fight the system," he said. "This case is very emblematic of what happens in immigration court and detention."

#Rosesareredvioletsareblue, if your marriage is a sham we'll be on to you: http://t.co/DKP2l37D #happyvalentinesday

We shouldn't have to say this: Sleeping outside is not and should not be a crime. No matter the intention, this ordinance would criminalize homelessness and disproportionately impact people of color while diverting resources from more serious crimes.https://t.co/PNd71z2wMv