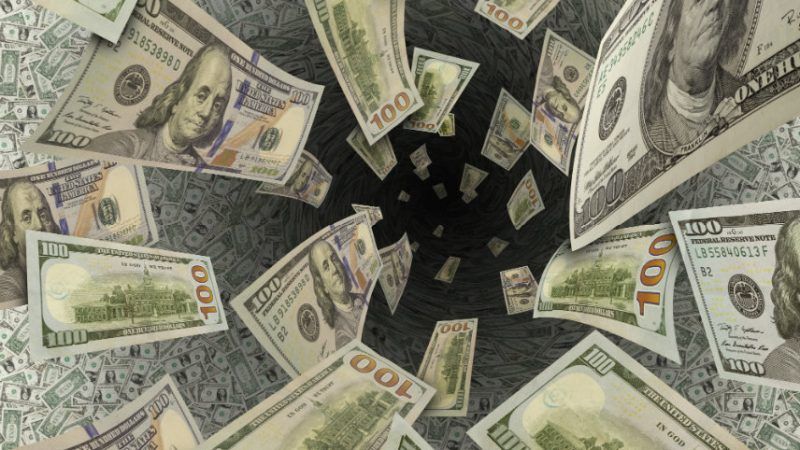 Even as the Los Angeles Unified School District (LAUSD) struggled with a $15 billion long-term deficit for retiree health care costs, the district was managing to operate with a small revenue surplus for the current fiscal year. That's important, of course, because you can't meaningfully address those long-term debts if you're running a budget deficit—just ask the federal government how that works out.

But the $55 million surplus that the LAUSD expected to have this year is now gone, replaced by an expected $131 million deficit this year and an estimated $547 million shortfall next year. The culprit? Concessions made to the district's teachers union, United Teachers Los Angeles (UTLA), to end a six-day strike earlier this month.

Here's a look at the deficit spending each year that will result from the new UTLA deal, according to LAUSD. pic.twitter.com/UsRT3UPwhv

The biggest fiscal change included in the new union contract is a 6 percent raise that teachers will receive over the next two years. The district also agreed to hire more school nurses and librarians, and to make an effort to reduce class sizes in junior and senior high schools. Together, the concessions will cost about $839 million over the next three years, according to the district's financial report on the new contract.

Even with additional funding from the state in the next few years—newly inaugurated Gov. Gavin Newsom has promised to boost school spending by $3 billion and to help defray districts' share of pension costs—the LAUSD is clearly not in position to be handing out raises. A task force that studied the district's fiscal condition in 2018 concluded LAUSD faces a structural deficit that "threatens its long-term viability and its ability to deliver basic education programs."

A major driver of the budget problems at the LAUSD is employee pension and health care costs, including the $15 billion unfunded health care benefit liabilities for current workers and retirees. According to the budget task force, those costs will consume more than half of the district's annual budget by the end of the next decade.

Additional hiring also seems to be a move in the wrong direction for a school district with a declining enrollment. The total student enrollment in LAUSD schools has dropped from around 700,000 in 2005 to just over 500,000 last year, according to the district's own comprehensive annual financial reports. Meanwhile, hiring has been on the rise. The LAUSD has seen a 16 percent jump in administrative staffers since 2004, and per pupil spending has been rising.

That's an unsustainable formula, and the district seems to acknowledge as much in its new financial report on the outcome of the recent strike and new contract with the UTLA. Additional state funding and a series of one-time budgetary transfers will allow the LAUSD to fund its operating budget for the next few years and, "it is imperative that the district adopt ongoing cost-reduction measures that will allow it to address the over $500 million deficit that remains in the 2021-22 fiscal year," the district's report concludes.

That might sound like it's the distant future, but it's actually just three years away—when the newly signed contract between the district and the union expires. And it sounds like layoffs will be coming.

The district will get another chance to set itself on a better path in three years—likely while facing an even more difficult fiscal situation—but, for now, it's difficult to see how accelerating the LAUSD's insolvency is in the best interest of teachers or students.