Bob Luddy, who made a fortune in commercial kitchen ventilation, is opening Thales College in North Carolina later this year. 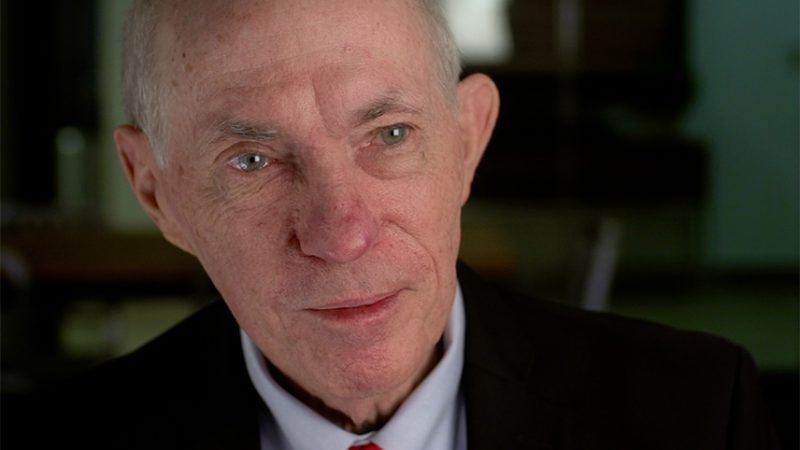 Bob Luddy is the founder and owner of CaptiveAire, the world's largest commercial kitchen ventilation manufacturer, with $500 million in 2018 revenues, zero debt, 1,300 employees, and factories in seven states. His latest venture is a non-profit college that seeks to slash typical costs and improve quality, offering an alternative to the wasteful practices of higher ed.

"Industries fall into group think," Luddy told Reason. "Anybody in their right mind would go to a college and say, 'why do you need all these buildings?'"

Thales College, which is launching this fall in the Raleigh, North Carolina area, isn't Luddy's first education venture. He started a charter school in 1998, and a Catholic school in 2001. The charter, Franklin Academy, is the third largest in North Carolina, with four applicants vying for every one kindergarten spot. But, in Luddy's view, charters have limited potential for disruption because state regulators won't consent to radical approaches.

So in 2007 he launched Thales Academy, a network of K-12 private schools affordable for working-class families. (Watch "Libertarian Builds Low Cost Schools for the Masses.") Thales keeps costs down by cutting out virtually all administrative employees and nonessentials. Its seven locations (soon to be eight) with over 3,000 students don't have auditoriums because they're expensive to heat and cool. And they don't have sports teams, which Luddy considers distractions. Annual tuition is $5,300 for elementary school, and $6,000 for junior high and high school.

Luddy's latest project brings his brand of cost cutting and innovation to higher education. Students will pay $10,667 annually for a degree that will take just three years, since classes will run 45 weeks per year rather than the conventional 30, appealing to students and families unwilling to take on crushing debt. The school's strategy for keeping costs down will mirror CaptiveAire's: cut out non-essentials, aggressively integrate new technologies, and otherwise seek every opportunity to break with widely accepted practices that are useless or wasteful.

Thales will be a teaching college, where the faculty doesn't face pressure to publish or perish. Lectures will be offered online, so that students can watch (and rewatch) at home. Since online learning can't replicate the value of one-on-one mentoring, each student will get at least an hour per week alone with a professor.

Prospective students will need to score higher than the 60th percentile on the SAT or ACT. Thales will function as a commuter school, limiting the applicant pool, but the school may consider serving out of towners in the future. Some applicants, however, will be turned off by the offering of a single program with no electives, a Bachelor of Liberal Arts, with set courses offered in Western literature, ethics, math, logic, economics, and finance.

Luddy's decision to offer a fixed curriculum grew out of his experiences hiring talent at CaptiveAire. What "some of these graduates of engineering programs don't know is shocking," he says. The best employees, in his view, learn on the job and through their own initiative. "One of the top three engineers in our company never went to engineering school," Luddy says. His focus is on creating self-starters.

Thales College won't seek accreditation because doing so would be a "hindrance," says Dr. Timothy Hall, who will serve as the school's director of operations and academics. Accrediting institutions require that colleges have research libraries and a certain number of Ph.D.s on their faculty, according to Hall. Luddy sees college research libraries as a waste of money in the online age, and Hall says that the school will hire the best teachers, whether they have doctorate degrees or not.

Lack of accreditation means students won't be eligible for federal loans, and if they decide to transfer schools, other accredited institutions may decline to honor the credits they've accrued. Hall says that won't be a problem. "We're confident they'll be able to transfer credits," he says, because other institutions generally ask for syllabi to evaluate the quality of another school's courses. Hall's "not sure" if not being accredited will disqualify Thales alums from admission to some graduate programs, but anticipates that most will go right into the workforce. This is a school "for entrepreneurs."

Thales College will accept 45 students in its inaugural class, with ambitious expansion plans if the model is successful. In Luddy's view, ending all federal subsidies would be the fastest and most effective way to upend higher education. But that's unlikely to happen anytime soon. Societal change comes not through advocacy, but via "exit:" Create alternatives and people will vote with their wallets.