The commerce secretary's phony rationale for adding a citizenship question is inconsistent with the rule of law. 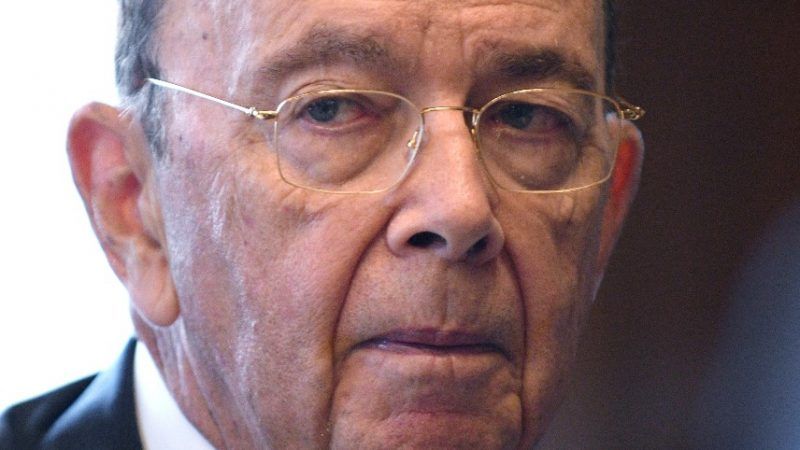 In an age when the president prevaricates promiscuously or his opponents will say almost anything to make him look bad (take your pick), it is tempting to conclude that public officials can lie with impunity. But that is not always the case, as Commerce Secretary Wilbur Ross discovered when he tried to add a question about citizenship to the 2020 U.S. Census.

Last week a federal judge in New York ruled that Ross, whose department includes the U.S. Census Bureau, "violated the law" and "violated the public trust" in "multiple independent ways" when he decided to change the census form—most egregiously, by offering a phony rationale he invented after he had made the decision. As U.S. District Judge Jesse Furman's 277-page decision shows in head-shaking detail, that kind of dishonesty poses a clear threat to the rule of law.

The Constitution requires an "actual enumeration" of each state's population, without regard to citizenship or immigration status, every 10 years so that representatives can be apportioned correctly. Asking about citizenship, which the main census form has not done since 1950, undermines that goal, since people may worry that the information they provide will be used against them or their relatives—a fear for which there is historical precedent, notwithstanding the government's promise of confidentiality.

Since 1960 the Census Bureau and the commerce secretary have warned that a citizenship question would aggravate the undercounting of "hard-to-count" groups, including not just unauthorized residents but people who live with them. Last January bureau staff conservatively estimated that adding the question would cause a 5 percent drop in form completion by noncitizen households.

Two months later, Ross nevertheless reversed his department's longstanding position, directing the Census Bureau to reinstate the citizenship question. He said he was acting at the request of the Justice Department, which had asked for the change to facilitate enforcement of the Voting Rights Act (VRA).

Ross gave the same explanation to members of Congress. He told the House Appropriations Committee he was "responding solely to Department of Justice's request" and told the House Ways and Means Committee the DOJ "initiated the request for inclusion of the citizenship question."

The explanation was fishy. The Justice Department had managed to enforce the VRA for more than half a century, notwithstanding the absence of a citizenship question. Furthermore, the Census Bureau had told Ross the information the DOJ supposedly wanted could be obtained more accurately and less expensively, without impairing the census, by mining other federal records.

The evidence Judge Furman considered, including internal email and testimony by Ross's deputy chief of staff, solved the puzzle by showing that Ross said he wanted a citizenship question shortly after he took office in February 2017, more than nine months before the DOJ letter that purportedly prompted the decision. Furman found that Ross—who, contrary to his congressional testimony, discussed the issue with presidential adviser Steve Bannon—instructed his underlings to find "a rationale for a decision their boss had already made."

They ultimately came up with the VRA excuse, which DOJ officials were not willing to mouth until Attorney General Jeff Sessions ordered them to do so at Ross's behest. Sessions told his staff not to discuss the trumped-up data request with the Census Bureau.

Ross's mendacity matters legally because the states and organizations that challenged his decision claimed he had violated the Administrative Procedure Act, which requires an agency to explain the "basis" for a decision so the courts can decide whether it is "arbitrary and capricious." As Furman explained, "a court cannot sustain agency action founded on a pretextual or sham justification that conceals the true 'basis' for the decision."

Since undercounting the population of cities where unauthorized immigrants are concentrated works to the disadvantage of the Democratic Party, it's not hard to imagine what Ross's real motivation might have been. But his sloppy coverup has done a public service by showing that lies still have consequences.