How We Childproofed Our Cities

Kid-friendly spaces make it harder to grow up.

Kevin Currie-Knight | From the February 2019 issue 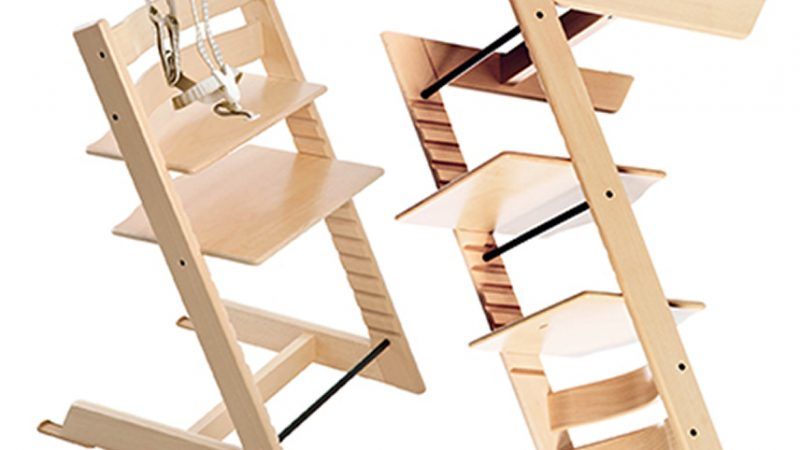 The Design of Childhood: How the Material World Shapes Independent Kids, by Alexandra Lange, Bloomsbury, 416 pages, $30

"Independence requires infrastructure." That line captures the essence of The Design of Childhood. In this book Alexandra Lange, a design critic and mother, examines the history of how children's items and spaces have been designed. These designs, she shows, can either expand or inhibit kids' autonomy.

Consider the Tripp Trapp, an adjustable child's chair from the early 1970s. Designed to afford children more independence, the simple seat enabled kids of different sizes to comfortably navigate in and out, as it will never be too big or small. That was the original idea, anyway. The new versions have elaborate harnesses and straps; as Lange explains, the Tripp Trapp "now comes with more binding accouterments to meet the high chair safety standards of the United States and European Union."

The evolution of the Tripp Trapp illustrates the push and pull at the center of this book: When designing children's items and spaces, we can design for independence or dependence, for freedom or containment.

That push and pull is also evident in the history of children's blocks, which no less a figure than John Locke once encouraged as a way to foster children's creativity. Lange shows how simple stackable blocks begat Lego, which begat even more complex interlocking toy systems such as Zoob and K'Nex. Blocks also have descendants in the digital world—they're a key design element in "sandbox games" like Minecraft and Sims. Yet the history of Lego alone reveals "a tension between creative play and realistic architecture that continues to the present day." Blocks can allow for open-ended creativity, or they can be built for a more specific assembly, where the player's role is to follow a blueprint.

This type of push and pull is even more pronounced in the history of playgrounds, which started (in the 1880s) primarily as sandboxes that "had no climbing bars, no seesaws, no swings." As the Progressive Era took hold, they became more "symmetrical, geometric, with a place for each activity." In the '60s and '70s, the pendulum swung back toward "junk" playgrounds built around children's self-directed activity; it has now swung back again in the adult-structured direction.

Lange primarily tells the story in terms of the pendulum swinging between liberating and inhibitory designs, but I detect another story in this book as well. As childhood became more widely seen as a distinct phase of life, children increasingly found themselves inhabiting "children's only" spaces and playing with "children's only" things.

No matter how playgrounds were structured, they were designed in the first place because adults believed children "needed somewhere other than the increasingly crowded and dangerous streets to play," Lange writes. Schools, of course, were also designed specifically to be children's places. The informal design of one-room schoolhouses emerged when attendance largely wasn't compulsory. As more children went to school, building design became more efficient so that schools could absorb more children. In the mid-20th century this gave way to increasingly "child-friendly" designs—halls that are easier for children to navigate, classrooms organized to encourage "hands on" activity, and so on.

Even in homes, as families' wealth increased, kids who used to sleep where adults slept and play in whatever space was available increasingly got their own rooms. Children's spaces were appearing everywhere.

In other words, we now increasingly design with the assumption of children's separateness. Creating playgrounds, schools, and bedrooms for children means that what used to be common spaces—like city streets—nudge toward becoming adult spaces. These trends could be liberating ("Here's a space all your own!"), yet adults also increasingly seek to manage how those spaces are used.

Partly as a result of all this, urban and suburban areas outside those children's spaces have become less hospitable to children's independent navigation. Increasingly centralized schools, for example, are farther from most homes than in decades past. Lange is generally sympathetic to the Free-Range Kids movement, which seeks to undo the cultural trend of overprotecting children. But she argues that nurturing children's independence "may require not just a change in policy…but physical intervention—redesigning cities for children."

She is eager to bring government planners into the equation, calling for mandates that playgrounds be more plentiful, that child-friendly common areas be placed in apartment complexes, and more. Yet even if her proposals here are sometimes misguided, she has a point. If we want to raise kids who can play on their own, we need to make sure that the spaces they play in and around facilitate independence.

Lange ends on an optimistic note. She sees a cultural move away from adult attempts to control children's spaces and things and toward a more laissez faire attitude: Minimalist playgrounds are making a comeback, Minecraft is leading a trend toward "sandbox games," and less coercive methods of education are in the air. "History shows us that the design of childhood is cyclical," she writes, "and I think we are on the verge of another revolution."

Kevin Currie-Knight teaches at East Carolina University's College of Education, where he focuses on the philosophy and history of conventional schooling. He is the author of the forthcoming book Education in the Marketplace (Springer).