New Luddites have used the courts and the legislative process to throw that figurative wrench in the machine. 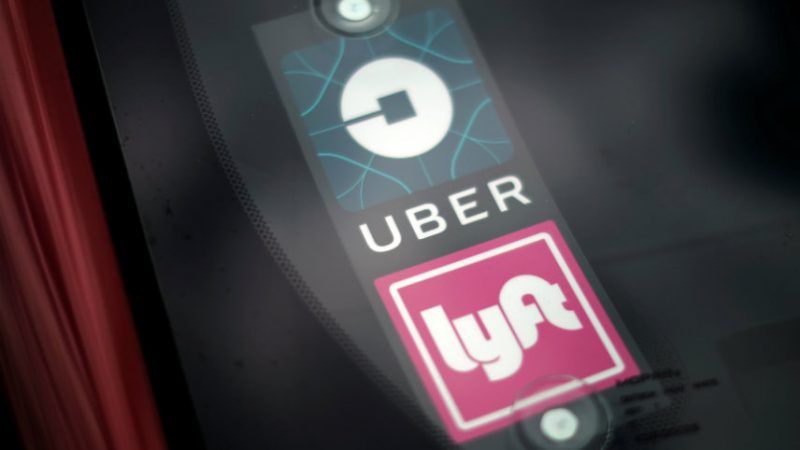 An anti-technology movement from early 19th century Britain has long been part of our lexicon. Luddites were knitters who destroyed textile machines to protect their jobs. Today the term applies to anyone who fights a crusade against the modern economy.

Original Luddites weren't against technology per se, Smithsonian magazine explained, but only attacked manufacturers "who used machines in what they called 'a fraudulent and deceitful manner' to get around standard labor practices."

California's modern-day Luddites don't commit acts of violence against Google, Uber, Amazon and other firms that have shaken up the existing economic order. No one is toasting cellphones in bonfires or sabotaging Federal Express delivery vans, but these New Luddites have used the courts and the legislative process to throw that figurative wrench in the machine. Indeed, the biggest redoubt of Luddite-ism appears to be the California Supreme Court, which in April issued a ruling that has threatened to grind California's high-tech economy to a halt.

In Dynamex Operations West, Inc. v. Superior Court, the court didn't directly target these new technologies or business models, but clamped down on the way companies use independent contractors rather than full-time employees as a means to stay flexible and competitive in the marketplace. As Chief Justice Tani Cantil-Sakauye wrote in the unanimous ruling, "When a worker has not independently decided to engage in an independently established business but instead is simply designated an independent contractor…there is a substantial risk that the hiring business is attempting to evade the demands of an applicable wage order through misclassification."

The case centered around a package-delivery firm, Dynamex Operations West, which turned its full-time staff into contractors. Obviously, when companies use contractors they need not pay them benefits and are not subject to hourly work rules, wage requirements and the host of labor regulations the state applies to permanent workers. The court tossed out the old, flexible way of determining whether a worker is a contractor or employee and imposed a strict new "ABC Test" for deciding such matters.

Under the new standard, California firms that want to classify their workers as contractors must meet all of these terms: The worker is outside the control of the employer for the work performed; the worker performs work that is outside the company's normal scope, such as a freelancer who does public relations for a tech firm; and the worker is engaged in an independent business enterprise, perhaps having his or her own LLC. One need not be a labor-law expert to realize how this threatens many burgeoning new business models including Transportation Network Companies such as Uber to old-line industries such as Realtors and hairdressers.

Growing economies are dynamic. There's no way to lock anyone's job into place (outside of government work). One of California's long-standing problems—a key reason for its sky-high poverty rates—is that its labor regulations read like something from the Industrial Revolution. The state imposes burdensome regulations regarding everything from work breaks to overtime. That might be fine on the factory floor, but the rules stifle innovation—and make it far tougher for companies to survive. These union-backed rules also raise the bar so high that many startups can't get off the ground, which deprives consumers and workers of exciting new opportunities.

The obvious work around has been to use contractors. It's not just a boon for businesses. Most of the nearly 2 million Californians who are independent contractors prefer to make their own schedules rather than show up 9-5 at the office. Ask your Uber driver, Realtor or barber. The Department of Labor found that 79 percent of contractors prefer these working arrangements with fewer than 9 percent preferring traditional employment.

If companies are forced to hire all their workers on a full-time basis, that might raise some people's incomes, but it would also raise the cost per worker by a third and could lead to fewer jobs. There's a market-based way to deal with problems raised by the court. For instance, the state could pass tax and regulatory reforms that make it more cost-competitive for individuals to purchase the kind of healthcare benefits offered to full-time employees. The state could create a "third way"—another worker status that lies between "full-time worker" and "contractor."

The state's business community has called on the Legislature and governor to address the problems created by the state high court. Gov. Jerry Brown punted. Incoming Gov. Gavin Newsom has deep ties to the tech community, but one of his top aides is from the California Labor Federation. Unions already are backing a bill to codify Dynamex. This is shaping up as one of the biggest battles in the new session. Will the California government let its ballyhooed New Economy thrive, or will it embrace an approach that was last relevant in the 1800s?

Steven Greenhut is Western region director for the R Street Institute. He was an Orange County Register editorial writer from 1998-2009. Write to him at sgreenhut@rstreet.org.