California Libertarian's Victory Could Be a Roadmap for Others

Winning candidates need to offer practical approaches that are appropriate for the offices they are seeking. Jeff Hewitt did exactly that. 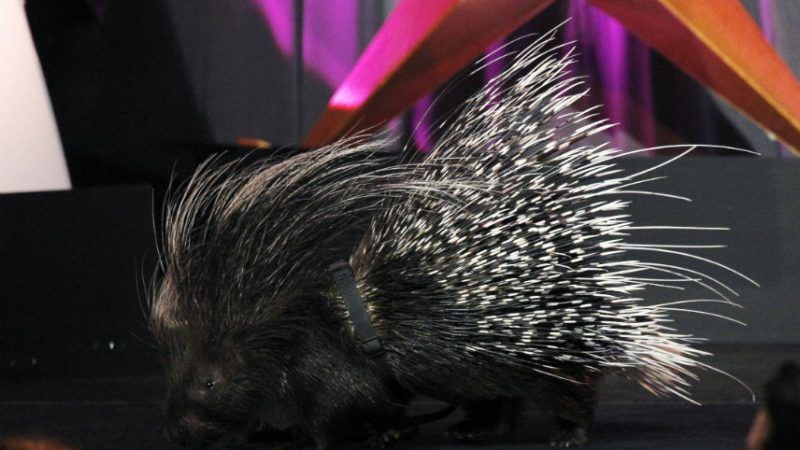 Many of my Republican friends chide me for being a "Losertarian," a member of a party, the Libertarian Party, that is far better known for its sometimes-bizarre candidates, bitter internal disputes and unrealistic policy positions than it is for winning elections. Never mind that the GOP has its share of strange candidates (including one who managed to win a presidential election), but the criticism always has had an uncomfortable ring of truth to it.

So it was with much enjoyment that I watched Libertarian candidate Jeff Hewitt certified as the winner of a seat on the Riverside County Board of Supervisors. In an election that saw Republican candidates obliterated for statewide and legislative seats, it was unusual seeing a Libertarian win a powerful office in one of the nation's most-populous counties. These races are "nonpartisan," but Calimesa Mayor Hewitt never hid his party affiliation. He beat a well-known Republican former Assemblyman.

His victory offers some national political lessons, although Hewitt seems far more interested in rolling up his sleeves and addressing the county's public-policy problems than he is in becoming the poster child for any party or movement. Therein lies the key lesson. Winning candidates need to offer practical approaches that are appropriate for the offices they are seeking. "I'm not the guy to get rid of all your taxes or pull us out of Libya or stop the border wall," Hewitt told me in an interview last week. "I don't deal with any of that."

But he does want to get the county's unfunded pension liabilities under control, reduce regulations that limit housing supply and drive up home prices, and implement other practical free-market reforms. As a Libertarian he's not just Republican Lite. In fact, he first ran for City Council at the urging of a Democratic councilman who was retiring. That brings us to another lesson: It takes a lot of work and commitment for any candidate to win a major election. He has been working toward this goal for 14 years, starting with a stint on the planning commission.

For years, I've rolled my eyes at third-party candidates who simply put their names on the ballot for some kamikaze mission for Congress, state Legislature, governor and president and then send out press releases championing their "historic" 2 percent vote. Hewitt wasn't running a symbolic candidacy. He wasn't interested in helping Libertarians get enough support so that they could play kingmaker between the Democratic and Republican candidates. "That's not how you change things," he added. "You change things by being elected."

So Hewitt did what all candidates do when they actually want to win an election. They craft a plan. They gain experience. They chalk up accomplishments. I wrote about Hewitt for this publication in January after he led Calimesa to end its costly Cal Fire contract and create its own fire department, thus enabling the city to innovate and cut costs. That helped him gain publicity and support from donors. He also gained a key endorsement from the Riverside Press-Enterprise, which "strongly" endorsed him as "the rare sort of politician who can get straight to the point about the problems of county government and speak honestly about what needs to be done."

Hewitt was down on Election Day, but like many candidates on Nov. 6 he pulled ahead in the late vote tallies. That's not a surprise. He said his campaign knocked on 60,000 doors and had a strong grassroots effort that was able to overtake the early voting, which tends in a more Republican direction. What's the big deal? That's how one runs a successful political campaign, you might be thinking. But that's exactly my point: If Libertarians want to win elections, they need to embrace the same old-school retail politics that winning candidates embrace. Hewitt told me that this was the hardest work he's ever done—and he has a background digging thousands of swimming pools!

This leads to a final lesson. Hewitt did not discuss the kind of esoteric Libertarian issues that make Libertarians the butt of jokes, but he was refreshingly outspoken in the positions he championed. Addressing pension issues can be the kiss of death for politicians who must endure the wrath of the powerful police, fire and other unions. Indeed, his Republican opponent had a good bit of union support. Yet, Hewitt was able to win. Most important, he believes he has the skills to effect change, on a board where he'll be a swing vote. Because he has years of experience dealing with pension matters at the city level, Hewitt says he is ready for the tough union negotiations that will come before the county government.

I'm not arguing that one victory in one county office will usher in a new era of Libertarian politics, but it's proof that the party's candidates can atleast occasionally be Winnertarians if they practice some tried-and-true political strategies.

Steven Greenhut is Western region director for the R Street Institute. He was a Register editorial writer from 1998-2009. Write to him at sgreenhut@rstreet.org.