Central planning doesn't work. The labor market is no exception.

Shikha Dalmia | From the December 2018 issue 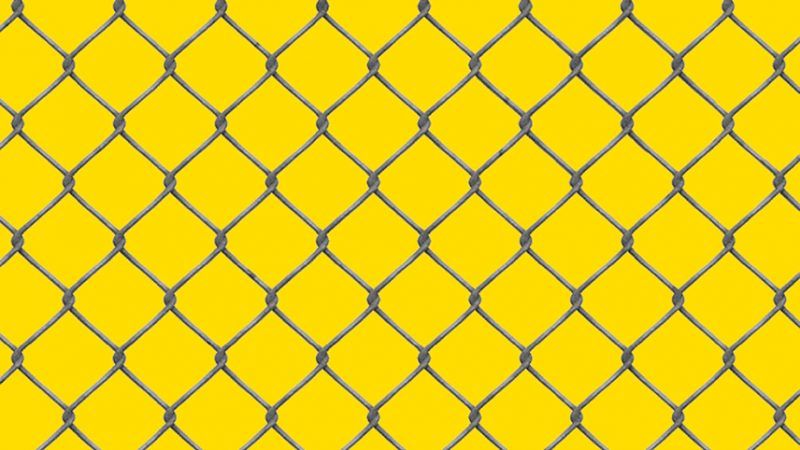 Melting Pot or Civil War?: A Son of Immigrants Makes the Case Against Open Borders, by Reihan Salam, Sentinel, 224 pages, $27

Reihan Salam is not a grim guy. In fact, he comes across as preternaturally ebullient in person. Yet his book Melting Pot or Civil War?: A Son of Immigrants Makes the Case Against Open Borders predicts a dark future for this nation of nations if it doesn't rethink its immigration policies to keep out the wretched and huddled masses.

Salam admits no costs or unintended consequences to his program—only benefits that, in his telling, include making the country more socially cohesive, as conservatives want, while paving the way for a new egalitarianism, as liberals want. The cost of ignoring his advice, meanwhile, would allegedly be nothing short of a racial civil war.

The basic storyline goes something like this: Admitting large numbers of poor, linguistically challenged immigrants with nothing to offer but the sweat of their brows was one thing when America was transitioning from a rural to an industrial economy. Its factories and mines needed imported labor because "free American workers had the escape valve of the frontier." And manual work paid well enough that the immigrants could eventually propel themselves into the middle class. But things are different in a knowledge economy that puts a premium on cognitive skills. Today, America allows more low-skilled immigration at its peril.

Salam, whose parents are Bangladeshi Muslims, doesn't peddle the common restrictionist myths about the negative economic impact of low-skilled immigration. He invents new ones. He readily admits, for example, that there is no evidence low-skilled immigrants decimate the wages of poor natives. He agrees that these immigrants increase the real incomes of high-wage workers, especially in cities, by lowering the prices of goods and services that professionals consume. In New York, where Salam lives, they have put affordable dog walking, housekeeping, nannying, cleaning, cooking, and transportation services at his beck and call. This, he acknowledges, has allowed him to "enjoy the lifestyle of a Rockefeller."

He then adds two plus two and gets minus five. This ready availability of foreign labor isn't good but bad, he says, because it is producing structural changes in America's economy that will thwart automation and cost the country its long-term technological edge.

Labor scarcity has historically been the mother of innovation, Salam declares. If America relieves its labor pressures by importing more low-skilled workers while advanced but aging countries such as South Korea and Japan opt to maintain these pressures through restrictive policies, then they, not America, will end up pioneering "technologies and business models that have the potential to spread beyond their borders."

This sentence packs more economic fallacies than a potato samosa packs calories. By Salam's logic, America should restrict walking to spur innovations in Segways or ban water to encourage new beverages. No economy advances by squandering or refusing resources. Salam's argument resembles progressive claims that America could costlessly innovate its way to a more prosperous green future if only fossil fuels were banned. Coal miners who lost their jobs to Barack Obama's environmental regulations might disagree. Forcing an economy to use higher-priced inputs when cheaper ones are available isn't a recipe for competitiveness.

As behooves an editor at National Review, Salam's larger concern is not with what low-skilled immigrants will do to America's economy but with what they'll do to its culture—or rather, what their "babies" will do.

For Salam, parentage is destiny. Children of highly skilled professional immigrants tend to quickly close the gap with natives on education, wealth, and other socioeconomic metrics. Channeling Charles Murray's Coming Apart, he insists that's because they benefit not just from their parents' financial capital but from their human capital—connections, skills, and good habits, such as self-control. They climb up the socioeconomic ladder, meet and mate with other elite Americans, and in the process give up their ethnic identities and assume new ones, a process of assimilation that Salam dubs "amalgamation."

But the offspring of low-skilled immigrants—especially those from Mexico and Central America—"racialize," Salam writes. They don't "vault into the bourgeoisie." Their parents arrive with only nine years of education on average. The second generation finishes high school and even a little college, but the third generation makes no meaningful advances. This, Salam argues, leads to a persistent education gap between Hispanics and non-Hispanic whites. Ditto for earnings and poverty rates. These poor foreigners retreat into their ethnic ghettos, preferring the comfort of their own kind, clinging to their old identities.

If America keeps "replenishing" this Latino underclass, Salam argues, the resulting income polarities will become a national tinderbox. The initial arrivals might not care about their place in American society—they are still better off compared to where they came from. But their children, who don't have that reference point, will demand more. "The interethnic tension will skyrocket, to the point where we'll look back wistfully on the halcyon days of the Trump years," he warns.

To arrive at this dark prognosis, Salam implies the most negative explanation for Hispanic underperformance: that low-skilled families are poor because they don't believe in delayed gratification and therefore don't invest in education. In short, he thinks they have all the wrong values. He's basically using social science to endorse the right's stereotypes about Hispanics. But he ignores the policy barriers that have stymied Hispanic progress and fails to grapple fully with some widely recognized difficulties in measuring it.

Since the 1986 Immigration Reform and Control Act criminalized hiring undocumented workers, Mexican immigrants have suffered a 17 percent wage penalty. This has imposed a downward pressure on Hispanic wages in general, making it much harder for Hispanics to save or invest in their children. (Salam, to his credit, supports legalizing these undocumented workers.)

At the same time, as Hispanic children and grandchildren become more successful, they tend to adapt, intermarry, and stop self-identifying as "Hispanic," leaving researchers with a biased sample that exaggerates Latinos' lack of mobility. This well-acknowledged methodological problem of "ethnic attrition" looms over all serious discussions of multigenerational assimilation.

To the extent that there is a problem, the recent precipitous and lasting drop in the number of people coming in illegally from the south might well solve it, given that research shows that new low-skilled immigrants can push down the wages of the low-skilled immigrants who came before them. But that doesn't stop Salam from demanding tougher border enforcement and no expansions in our low-skilled guest-worker programs. An acute and artificial labor scarcity, he believes, will force service industries that rely on manual labor to cough up more pay for those already here, allowing the Hispanic underclass to catch up to native workers.

Meanwhile, manufacturing and nonservice industries will either outsource or automatize. That aspect of globalization need not be feared, he insists, and it is a mistake that many Americans mention automation and low-skilled immigration in the same terrified whisper.

Salam doesn't just want to keep out low-skilled workers. He wants to curtail family-based immigration too. Although he acknowledges that newcomers sponsored by relatives tend to be better educated than natives—half of them have college degrees, compared to a third of the American population—they aren't the crème de la crème of their society. A family-based system makes no distinction between an immigrant with a humanities degree from a mediocre college in his or her home country and one with a computer science degree from an elite institution, he says, even though the earning potential of the former is much lower than that of the latter. Salam, a Harvard graduate, wants America to apply a modified version of Canada's point system to distinguish between the two types.

But the biggest problem with this sweeping reform agenda isn't its elitism, which Salam tries mightily to disguise by insisting that his plan will help Hispanics who already live in the country. It is its hubris.

Free marketeers have long warned against the pitfalls of "industrial policy," in which the government takes it upon itself to direct investment and pick winners and losers. Central planners simply don't have enough granular knowledge about our complex economy to effectively separate the industries, technologies, and strategies that are worth boosting from those that aren't. American energy policy, for example, is littered with government-backed projects, such as Solyndra, that failed spectacularly. Yet Salam has no compunctions about applying such an approach to America's labor market.

Canada's point system—which is less restrictive than what this book recommends—at one point generated such a glut of high-skilled immigrants that Russian physicists were driving cabs. It's hard to predict the precise consequences of Salam's proposal. One only hopes we never find out.