A Flyby Analysis of Flyover Country

Two Atlantic writers tour America in a tiny plane and manage to miss nearly everything that really matters.

Bill Steigerwald | From the October 2018 issue 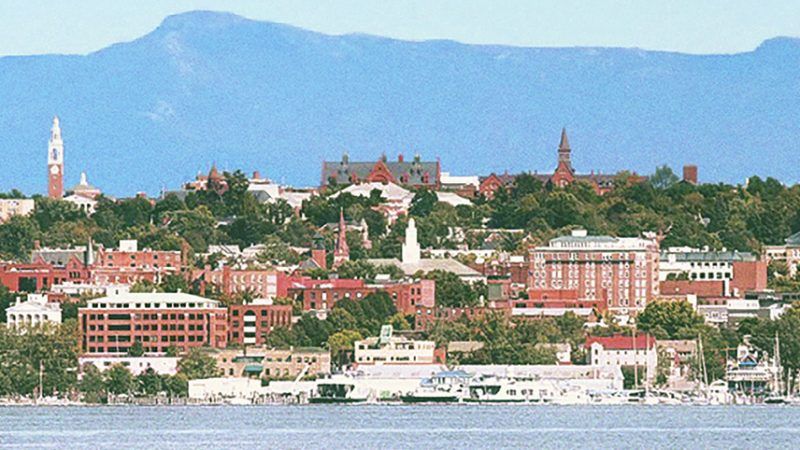 When they started planning Our Towns in 2012, it looked like James and Deborah Fallows had found a clever new way to explore the heart and soul of flyover country. For the next four years, with James at the controls of their $600,000 single-engine prop airplane, the married pair of Atlantic writers intermittently dropped in on about 30 small towns and cities, from seaside Eastport, Maine, to James' hometown of Redlands, California.

Sometimes going back once or twice, sometimes staying for a week or even three, the couple explored the civic and socioeconomic health of such disparate American places as metropolitan Columbus, Ohio, and dusty Ajo, Arizona. They sipped local craft beers with the hippest, brightest, most progressive residents to find out how they were resurrecting deindustrialized towns, handling waves of immigrants, or otherwise dealing with national and global changes beyond their control.

Our Towns is the couple's account of their prolonged search for the "heart of America." It bills itself as a "vivid, surprising portrait of the civic and economic reinvention" that's happening under the radar of the national media, in places like Rapid City, Erie, Demopolis, Holland, Bend, Sioux City, Allentown, and Greenville.

With the Fallowses in the cockpit, you'd expect a smart, serious, and enlightening work of high-quality journalism—a 408-page Atlantic cover piece. James has 11 previous books under his belt, and Deborah's writings about women, education, and travel have appeared in The Atlantic, National Geographic, and elsewhere. Yet this collection of small-town snapshots is a plane wreck.

Our Towns sometimes reads like a bunch of travel notes stapled together chronologically. Other times it feels like it was written from 2,500 feet. It's overloaded with chamber-of-commerce details and laden with dull quotes from local politicians and other civic big shots. Repetitive and often stale, it contains no edge, no humor, no hate, not even any photos. It's the worst kind of serious journalism: the boring kind.

The Fallowses, who equitably took turns writing mini-chapters, didn't help things by taking four years to complete their geographically lopsided journey. (About half of the 29 places they cover, including Pittsburgh, Pennsylvania, and Burlington, Vermont, hosted them in 2013 and 2014—an eon ago.) Their eccentric sampling of towns includes one in Texas, none in Florida, three in Kansas, five in California, and three in Mississippi.

But the chief reason for their book's page-turning tedium is how they reported it. The authors may have aimed to show us the hidden grassroots of America, but their reporting is more top-down than bottom-up.

Typically, they would drop into a town and start interviewing local powerbrokers and the booster class: the mayor, the city planner, the key developers, the important business tycoon, the president of the college, the principal of the most innovative high school, the editor of the dying newspaper, the head librarian, the "outsized" local personality. The authors rarely if ever interviewed regular townspeople about their jobs or asked what they thought of their kids' new Latino classmates. They hung out in rejuvenated public libraries, high-tech incubators, and craft breweries, not sports bars, truck stops, or corner churches. If they bumped into a pissed-off cattle rancher in line at D&M Agricultural Supply in Rapid City or asked some Rust Belt survivors at a Trump rally in Erie why they were wearing those big red MAGA hats, they don't share the experience with readers.

The Fallowses are a sophisticated, elite Beltway couple. Jim went to Harvard and Oxford and in his 20s was President Jimmy Carter's chief speechwriter. Deborah has a Ph.D. from Harvard in theoretical linguistics (and often writes like it). Moderate Hillary Democrats to their bones, they love all the correct liberal things: public schools and libraries, bike paths and public-private partnerships that redevelop dead downtowns with river walks and public art. They hate Walmart, of course.

Whether the town they're visiting is in a red state or a blue one, the authors are pleased and a little surprised to find a gang of progressive, creative, brewpub-loving people like themselves who have chosen to live in Smalltown USA when they could just as easily be in New York, D.C., or Los Angeles. They also "discover" that the towns contain a corps of "local patriots" who love their hometowns, defend them from outside critics, and try their hardest to make them better places to live, work, raise families, and die.

James Fallows says these "stalwart groups," which have existed in North America since Jamestown was a fort, invariably put aside their partisan differences and do the right civic things. For him that usually means the public sector springs into action. Payroll taxes are raised. School bonds are floated. Tax-deferred financing schemes are packaged. Or federal or state subsidies are poured into slick projects like Coca-Cola Park, a $50 million minor-league baseball stadium in Allentown.

It was not out of character for the Fallowses to gloss over Coca-Cola Park's obscene cost or the fallacious economic arguments and straight-up political corruption used to get it built. Wherever the duo landed, they walked the sunny liberal side of Main Street. They didn't give government officials and politicians the scrutiny or grief they probably deserved, and they never brought up testy local subjects like high taxes, eminent domain abuse, or failing public schools.

The authors were smart not to waste time polling baristas in Lewiston, Idaho, to find out what they thought the United States should do in Syria. They avoided deliberately discussing national politics and divisive issues like fracking, gun control, policing, race relations, and opioid abuse. They were determined to keep their focus local, local, local—to a fault. On the upside, this allowed them to realize, as James wrote in The Atlantic, that America's future is "full of possibilities that the bleak trench warfare of national politics inevitably obscures." On the downside, this meant they ignored a national earthquake happening under their wingtips: the election of Donald Trump.

The authors paid close attention to the election, but for the book, which was finished in early 2017, they skipped the historic Trump-Clinton race entirely. Trump's name is mentioned in passing two or three times, and that's it. It's a huge, conspicuous, and ironic hole in a project whose purpose was to explore the ignored heartland of America.

But it has its pluses. Individually, many of its stories are informative. The authors' optimism is refreshing. So is the absence of any snooty contempt for flyover country. And it probably wasn't intentional, but the book does make an indirect case for federalism. It doesn't extol federalism's virtues explicitly, and it certainly doesn't complain that the $4.4 trillion federal government has usurped too much power and money from the states, but its upbeat civic portraits clearly testify to the value of what's left of America's decentralized system of governance.

Our Towns is packed with examples of the social and economic benefits of leaving local people in local control; it shows that even the smallest communities in Arizona and Alabama can govern themselves with little if any supervision or interference from the central government. Whether or not they intended it, two elite liberals from inside the Beltway have made a strong case that Washington should leave the rest of the country alone.