Straight-Ticket Voting Struck Down in Michigan 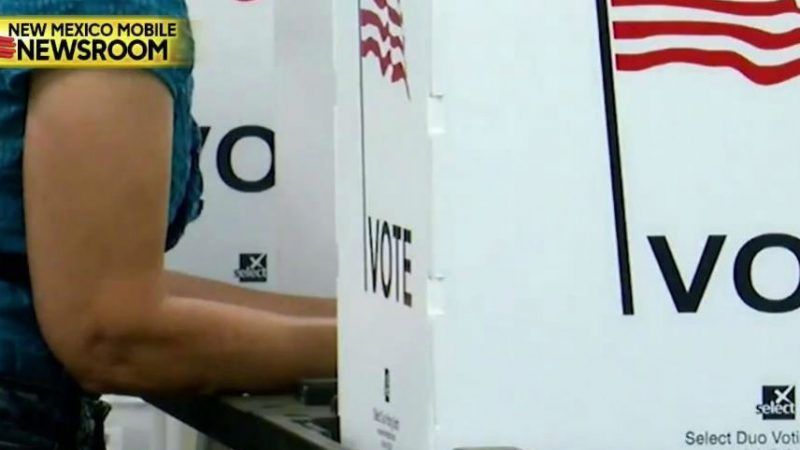 In a decision that could affect everything from Gary Johnson's Senate bid to the prospects of certain independent-bent elected officials changing their party affiliations, a 2-1 panel of the 6th Circuit U.S. Court of Appeals yesterday reinstated Michigan's 2015 legislative ban on "straight ticket voting"—the mechanism by which voters can choose an entire slate of a political party's candidates by filling out just one box.

The ruling blocks a decision last month by U.S. District Court Judge Gershwin Drain to strike down the law (after having issuing serial injunctions against it being enacted) because it "intentionally discriminated against African Americans," thus violating the Voting Rights Act and equal protection clause of the 14th Amendment. "African-American voters use the straight-party option far more than whites," Drain had argued, and therefore "Michigan's Republican-dominated legislature enacted [the law] to win elections—especially down-the-ticket contests—through suppressing African-Americans' reliably Democratic votes."

The Sixth Circuit found "very serious problems with both the factual underpinnings and the legal analysis" of Drain's opinion, saying he "likely committed clear error" in detecting intentional discrimination. "The alleged evils of eliminating Michigan's straight-ticket voting system seem unlikely to outweigh the ability of a state to make public policy choice common among all 50 states," the majority wrote. "The irreparable harm to voters in taking what would be at most very small additional time to register their choices, an additional time largely within the control of the voter, is very small."

First out of the gate in applauding the decision was libertarian Rep. Justin Amash (R-Mich.), a strong critic of the straight-ticket option. "This is a huge win in Michigan for equality under the law, fairness in the political process, and independent and third-party candidates," Amash tweeted last night. "It is a huge blow to partisans in the Republican and Democratic political establishments."

The Michigan case bears some resemblance to New Mexico, where the Democratic legislature and then-Republican Gov. Gary Johnson banned the straight-ticket option way back in 2001 (though it wasn't removed from ballots until after 2010), but then Democratic Secretary of State Maggie Toulouse Oliver unilaterally reinstated the device late last month. The move, widely interpreted as a crude attempt to thwart Johnson's attempt to unseat Democratic incumbent Sen. Martin Heinrich in this heavily Democratic state, was immediately hit by a lawsuit from the Republican and Libertarian parties.

As Richard Winger of Ballot Access News recently pointed out, 11 states have gotten rid of the straight-ticket option over the past half-century; the only others to have it now are "Alabama, Indiana, Kentucky, Oklahoma, Pennsylvania, South Carolina, and Utah."

"Straight-ticket voting is designed primarily to make it prohibitively difficult for someone to win running outside of the major parties; it saves little time for partisan voters," Amash tweeted this morning. "To fix long lines, we need more polling places and a longer voting period."

Challenged by a skeptic of his sincerity to explain what he has done to reduce barriers to voting, Amash elaborated: "We don't vote on Michigan election laws in Congress. When I served in the state House, I voted to support no-reason absentee voting. I've been outspoken about the need to make voting easier. We must not do it by hurting candidates who run nonaffiliated."