Robert Tillman's attempts to build housing have been frustrated by an increasingly ridiculous set of objections. 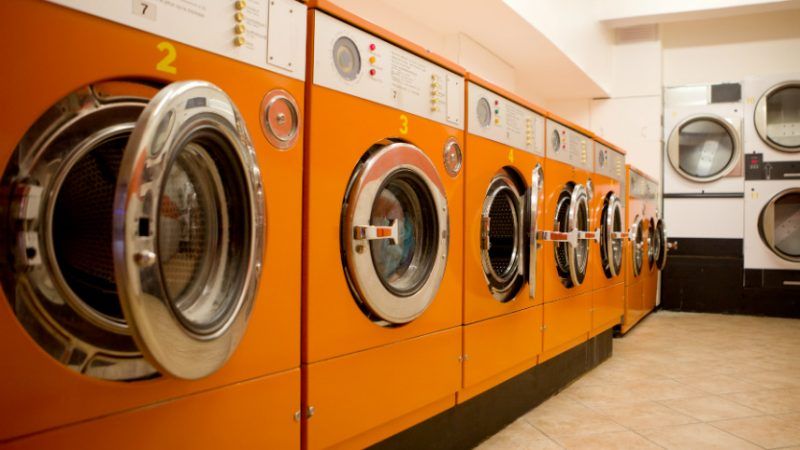 Robert Tillman, the owner of San Francisco's most famous laundromat, is suing the city for repeatedly frustrating his attempts to build a code-compliant, 75-unit apartment building on land he owns in the housing-starved city.

Tillman has been trying to get approval for his project since 2014. He has faced always-heated, ever-shifting objections from local activists and allied politicians. At various times they have complained that he is not adding enough below-market rate units, that his laundromat is of historic significance, or—most recently—that it might cast shadow on the playground of a nearby school. (The playground is already shaded by trees.)

That last objection was accepted by the city's Board of Supervisors in June at the urging of Supervisor Hillary Ronen. Ronen represents the Mission District, where Tillman's laundromat is located; she is a close ally of the activists trying to kill Tillman's project; and she had demanded that a new shadow study (over and above the two already performed) needs to be conducted.

In a lawsuit filed Monday, Tillman's lawyers say that neither state nor local law requires further study of shadow impacts. It is, they argue, a concocted pretext to prevent the potential housing from ever being built.

"In this case, a single Board member [Ronen] allied with special interest groups in the Mission district seeking to acquire the property at a below-market price, or otherwise to block it entirely, single-handedly killed the project after the Petitioner [Tillman] refused to sell the property to the activists at the discounted price demanded by those groups," his lawsuit reads.

San Francisco requires that shadow impacts be studied only when they have a chance of impacting a public park managed by the city's Parks Department. Staff at San Francisco's own Planning Department say the school does not fall into that definition, and the school itself has offered no objection to the possibility of shadow from Tillman's planned building.

Nevertheless, Ronan says the school's park could at some point be made available to the public and thus should be studied further. As Tillman's suit notes, if this logic were accepted, more than just his project would be at risk. "Over 250 schools are located in the City," the complaint states.

Tillman is suing on several counts, arguing that Ronen's explicit prejudice against his project has denied him a fair hearing, that the constant delays are a violation of his due process rights, and that the repeated use of these delays to pressure him to sell his land amounts to a taking under the Fifth Amendment of the U.S. Constitution.

Asked by Mission Local for comment, Ronen replied: "What can I say? I look forward to the court deciding which is more important: a developer's profits or children's access to sun on a playground."

Given that San Francisco is suffering from one of the most severe housing shortages in the country, and given that the park she is allegedly so concerned about is already shaded, I would hazard to say that perhaps just in this one instance, the profits Tillman might earn from building an apartment building may be more important than whether sunlight falls on certain small patches of land.