California citizens must now meet and confer with union bosses before qualifying any compensation-related initiatives for the ballot. 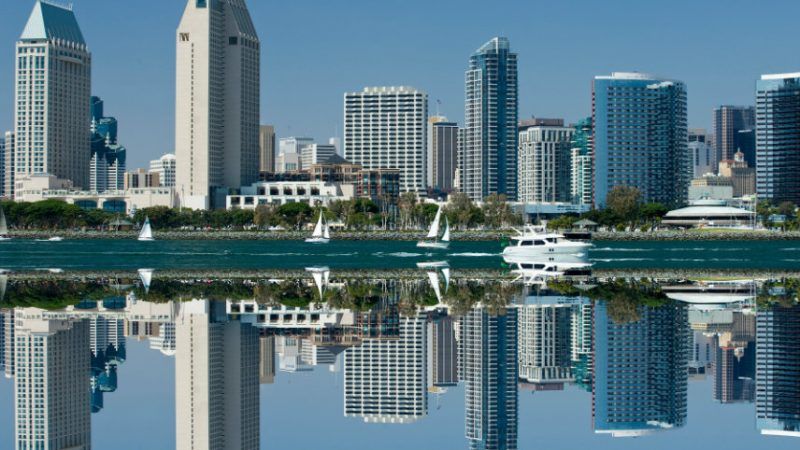 A recent California Supreme Court decision, striking down a San Diego initiative that rolled back pension benefits for new public employees, has rightly been portrayed as a win for public-sector unions—and something that could cost San Diego taxpayers more money as a lower court hashes out a remedy. But the decision is more consequential than the news coverage would suggest.

Quite simply, it was an assault on the constitutional right to qualify initiatives for the state or local ballot. Union demands have now officially trumped our voting rights. California citizens must now meet and confer with union bosses before qualifying any compensation-related initiatives for the ballot if any city officials were actively involved in the process.

The matter goes back to 2010, when San Diego Mayor Jerry Sanders and Councilman Carl DeMaio came up with an idea to replace defined-benefit pension plans with 401-k plans for most newly hired employees (police and firefighters were exempted) via a voter initiative. The reform was necessary given how the city's pension costs were consuming so much of the municipal budget. San Diego was on the cutting edge of a statewide pension-reform movement, as the state faced a budget mess and cities were wrestling with unfunded pension liabilities.

As the high court explained, there are two ways to propose an initiative in charter cities. A city council can qualify a measure and place it on the ballot on its own. Or voters can place an initiative on the ballot by collecting signatures on a petition from 15 percent of the city's voters. Given that the San Diego City Council majority was opposed to such pension reforms, the two council members helped spearhead a citizen campaign to place the measure on the June 2012 ballot.

Before the measure hit the ballot, the San Diego Municipal Employees Association demanded that the city "meet and confer" with the union over the proposed changes, which is required before cities place measures on the ballot. It's obviously not required, however, when citizens place measures on the ballot. The crux of the union argument was that the initiative was a "sham" city initiative designed to circumvent the city's requirement to negotiate with union officials. Their evidence: A couple of city officials were involved in the effort.

This bizarre argument gained traction after the union enlisted the help of the Public Employment Relations Board, which describes itself as "a quasi-judicial administrative agency charged with administering the eight collective bargaining statutes." That creates a sense of impartiality. Of its current board members, however, one has had multiple positions at SEIU and another was a top attorney for the California Teachers Association. A third was an adviser to public agencies. The final member is an attorney who "worked in his college dining hall and was a shop steward for UNITE HERE Local 35." Draw your own conclusions, but mine is that the taxpayer doesn't stand a chance in the halls of PERB's union-friendly bureaucracy.

So it was predictable that PERB would side with the city's union. But its actions really raised concerns when it went to court to have the measure removed from the ballot. It failed on that mission. Voters had their say and the measure passed with nearly 70 percent "yes" votes, but that didn't stop the union and PERB from trying to then invalidate the election. They were rebuked by a state court of appeals for a pretty solid reason. The law doesn't require citizens to meet and confer with unions over voter initiatives. This was a voter initiative. There's no case here, which makes the high court's final judgment hard to fathom.

The Supreme Court justices gave great deference to PERB. They quoted a previous decision noting that PERB is "one of those agencies presumably equipped or informed by experience to deal with a specialized field of knowledge, whose findings within that field carry the authority or an expertness which courts do not possess and must respect." This shows a deep and troubling misunderstanding of the nature of government bureaucracy. Sure, PERB has expertise in applying California's labor laws, but it does so with a strong institutional bias.

The state Supreme Court concluded that Sanders used "the power and resources of his office to play a major role in the promotion" of the ballot initiative, so his "activity created an obligation to meet and confer." It is uncertain how the lower court will fix the situation. That court could overturn parts of Proposition B or impose a fine on the city, according to a statement from DeMaio, who vowed continued legal action if the court changes the law.

It's worth recalling the argument that former San Diego city attorney Jan Goldsmith made in the San Diego Union-Tribune in 2012. He wrote that PERB "doesn't seem to understand that the city charter does not allow the mayor to put a measure on the ballot unilaterally and, in fact, he has no power to adopt, change or veto a city-sponsored measure." Goldsmith was aghast that the agency would dismiss the rights of the 116,000 people who signed the petitions and therefore "have no constitutional right unless they first bargain for it with labor unions."

As Goldsmith added, "The power of initiative is a constitutional right, not something for which people must bargain. It is unconditional and nonnegotiable, like the First Amendment. Never in the history of California has there ever been a requirement to negotiate with labor unions over terms of a citizens' initiative placed on the ballot by voter signatures. In fact, governments can't change those terms. And the mayor doesn't give up his constitutional rights simply because he's the mayor."

It's simply astounding that the court could place the demands of a special-interest group above the constitutional rights of California citizens. Such legal activism is troubling for another reason. The court will soon review a crucial case that could upend the California Rule, which forbids local governments from rolling back pension benefits. If that rule isn't amended, governments will face few choices as pension debts soar. If the Supreme Court is so ideological on union matters, then perhaps reformers have misplaced optimism about the California-Rule case. The San Diego ruling is yet a reminder of how deeply union tentacles go into every aspect of this state.

Steven Greenhut is Western region director for the R Street Institute. Write to him at sgreenhut@rstreet.org. This column was first published by the California Policy Center.