The ACLU Appears to Endorse a Ban on Catcalling, Despite Huge Free Speech Concerns

What a deleted tweet says about the direction of a civil liberties organization. 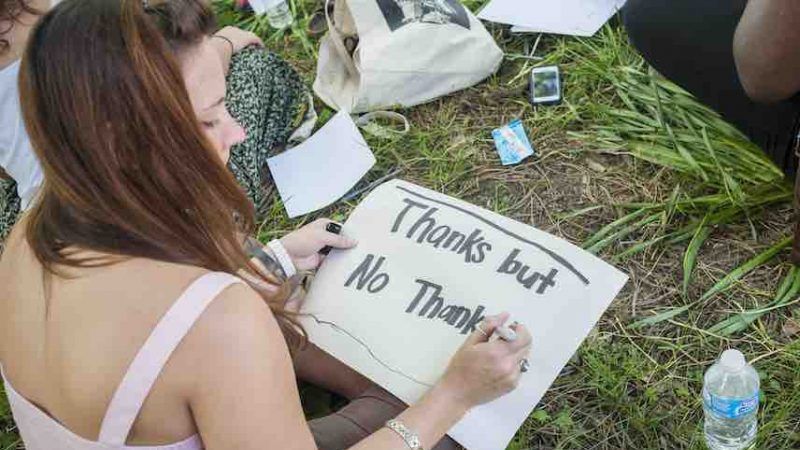 On Friday, the American Civil Liberties Union seemingly called on America to follow France's lead—and ban catcalling. The tweet was swiftly deleted, though I obtained a screenshot.

A U.S. ban on catcalling—defined as street harassment of women, usually by men, often of a sexual nature—would likely violate the First Amendment, unless the law was very narrowly tailored to prohibit only severe, pervasive, objectively offensive conduct, or threatening behavior. Even then the Supreme Court might strike it down; think of Snyder v. Phelps. As obnoxious as catcalling is, the government simply can't prevent men from talking to women in public. This is something that many anti-catcalling groups understand explicitly, which is why they often oppose attempts criminalize such behavior.

So it's pretty telling that the ACLU could forget, even for a moment, that banning catcalling would be a significant blow to civil liberties, and would likely undermine other important goals, like criminal justice reform. (In the U.S. at least, the government would disproportionately arrest poor people, immigrants, and people of color for catcalling.)

Yes, I am aware that a single tweet does not indicate a broad structural shift in the ACLU's thinking: most likely this was done by one social media editor. I am still astonished that such a person—someone who is deeply confused about what the ACLU ostensibly stands for—would find themselves in the position of running the ACLU's Twitter feed. Did free speech not come up during the job interview?

I previously expressed concern that the American Civil Liberties Union was wavering on its ironclad commitment to free speech, given concerns raised by former ACLU board member Wendy Kaminer. Another friend of the organization, former president Nadine Strossen, disputed this characterization.

My fear—and it's a fear that this stray tweet would seem to confirm—is that free speech is becoming a secondary concern for the ACLU. Generic lefty social justice goals take precedence. And so the notion that the organization would stridently oppose catcalling legislation is no longer obvious to the people who work there; they think it's a progressive organization, not a civil liberties organization.

Imagine if France had just banned burqas, and the ACLU had retweeted a news story about it with the added caption: "Your move, America." This would be an outrageous betrayal of the organization's core mission, would it not?