A new ruling says the city's civil forfeiture program violates the right to due process. 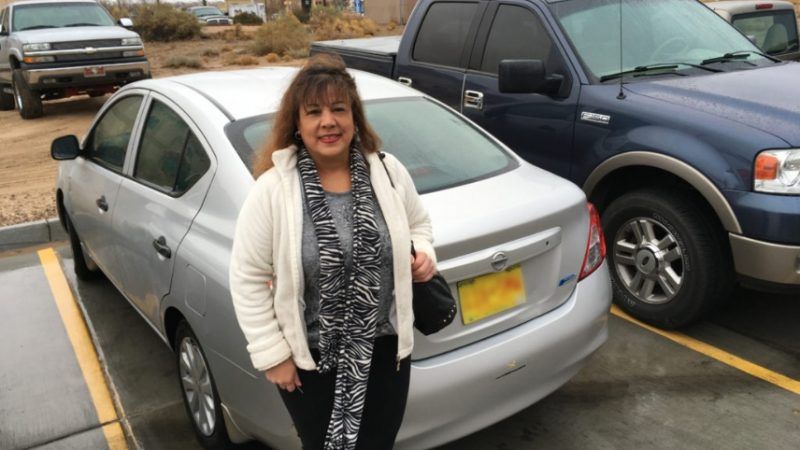 On a Saturday afternoon in April 2016, Arlene Harjo let her 38-year-old son borrow her two-year-old Nissan Versa for what he said was a trip to the gym with his friends. He was gone all day, and the next morning Harjo learned that Albuquerque police had arrested him for driving while intoxicated. The cops had also taken custody of Harjo's car, which the city planned to keep.

Harjo's response to Albuquerque's theft of her car culminated this week in a ruling that highlights two especially troubling aspects of civil forfeiture. The practice, which allows confiscation of assets allegedly tied to crime even when the owner has not been accused of breaking the law, gives the government a financial incentive to take people's property and requires them to prove their innocence if they want to get it back.

U.S. District Judge James Browning, in a decision issued on Monday, said those features make Albuquerque's forfeiture ordinance inconsistent with the constitutional guarantee of due process. "The City of Albuquerque has an unconstitutional institutional incentive to prosecute forfeiture cases," he writes, "because, in practice, the forfeiture program sets its own budget and can spend, without meaningful oversight, all of the excess funds it raises from previous years." Furthermore, the program "violates procedural due process, because owners have to prove that their cars are not subject to civil forfeiture."

Harjo's experience shows how rigged this system is. Albuquerque seizes more than 1,000 cars a year, generating more than $1 million in revenue, based on crimes such as DWI, patronizing prostitutes, and felonies involving guns. Half the time, as in Harjo's case, the car does not belong to the offender.

Cars nevertheless are automatically forfeited if the owner does not request an administrative hearing (and pay a $50 fee) within 10 days. Before Harjo's hearing, as part of its customary "settlement negotiations," the city offered to sell her car back to her for $4,000, provided she agreed to have the vehicle booted for 18 months.

After Harjo turned down that magnanimous offer, a hearing officer rejected her "innocent owner" defense, which required her to prove "by a preponderance of the evidence" that she "could not have reasonably anticipated" the illegal use of her vehicle. The city proceeded with its forfeiture claim in state court, and Harjo continued to fight it without a lawyer's help, which she could not afford and the city had no obligation to provide.

Several months later, after Harjo filed a lawsuit with help from the Institute for Justice, the city dropped its forfeiture complaint. It turned out that Harjo's car was not subject to forfeiture because it had been seized outside the boundaries of Albuquerque.

Meanwhile, the car had been damaged while sitting in a city lot for eight months, during which Harjo had to make payments on a vehicle she could no longer use. But since the car had been seized outside Albuquerque, she did not have to pay the $10-a-day "storage" fees that the city customarily uses to pressure owners into settling.

This racket continued even after the New Mexico legislature in 2015 passed a law aimed at eliminating civil forfeiture by requiring a criminal conviction before property can be confiscated. Albuquerque claimed that law did not apply to its forfeiture program—an argument that Judge Browning rejected last March.

After that ruling, the city said it would stop confiscating cars without a criminal conviction. This week it said the city's lawyers are "working to update the program."

Robert Everett Johnson, one of the Institute for Justice attorneys who represented Harjo, said Browning's findings regarding financial incentives and the presumption of innocence "strike at the heart of the problem with civil forfeiture." The ruling therefore should be useful in other cases challenging the practice.

"I'm glad this is going to help people in the same situation," Harjo said. "Hopefully now more people will fight back, and courts will say this has to stop."