You Have a Right to Repair and Replace

Should the government even be involved in this?

Declan McCullagh | From the August/September 2018 issue 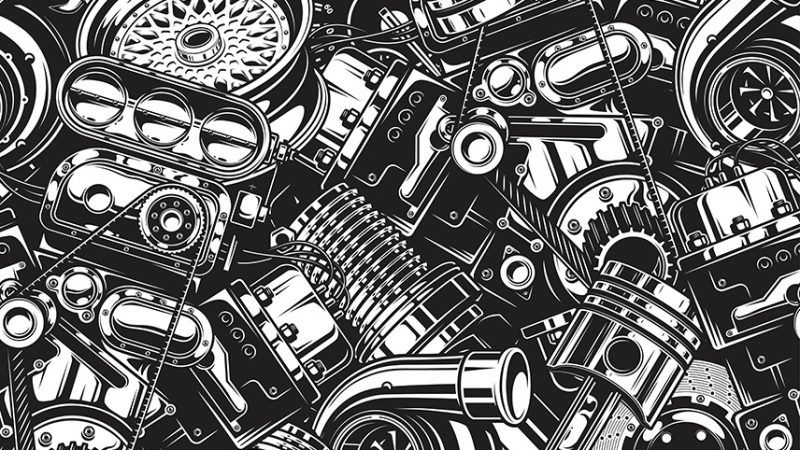 Recently I began to search for a used GMC Yukon SUV. My goal was to bolt on an aftermarket supercharger. It wasn't necessarily a sensible plan, but it did seem like a pretty cool idea. Thanks to a whopping 6.2-liter V8 engine, a Whipple supercharger would make that vehicle churn out nearly 600 horsepower of good ol' American tire-shredding glory.

I already knew about California's draconian emissions regulations, which view the prospect of modifying an internal combustion engine with such hostility that they must have been drafted by electric car impressario Elon Musk himself. And I was prepared to dodge and weave around those requirements. But first I needed to figure out whether that much aftermarket fury would violate General Motors' factory warranty.

As the Federal Trade Commission (FTC) explains on its website, for everything from trucks to toasters, the 1975 Magnuson-Moss Warranty Act "makes it illegal for companies to void your warranty or deny coverage under the warranty simply because you used an aftermarket or recycled part." Although as Road and Track puts it, if your newly upgraded engine sends too much power to the transmission and the transmission fails, the manufacturer "could deny the coverage on that repair."

Recently the fine folks at the FTC have decreed that the Magnuson-Moss Warranty Act also applies to electronics hardware—more precisely, to the warranties for electronics hardware. In April, the agency sent letters to Sony, Microsoft, Nintendo, Hyundai, HTC, and Asus warning the companies that they are now "on notice that violations of the Warranty and FTC Acts may result in legal action."

The FTC is complaining, among other things, about that little sticker on the back of the PlayStation 4 and similar devices threatening dire outcomes, such as "warranty void if removed." Those supposedly conflict with the Magnuson-Moss Warranty Act, which says that no manufacturer may "condition his written or implied warranty of such product" on using any specific repair service or any specific source for parts. Translation: If you upgrade your RAM or hard drive, or if you take your computer for some surgery at the shop around the corner rather than the Apple store, it doesn't automatically end your warranty.

Manufacturers would like you to believe otherwise, however. And it's easy to understand why they might creatively interpret the law as allowing them to slap on these stickers. If you open up an electronic device and touch a memory module without grounding yourself first, static electricity from your body can discharge through the pins with unpleasant results. Grounding yourself on the chassis is a wiser approach; wearing a wrist strap and using a static control mat is better still. The presence of a warning label may deter the untrained from tinkering, thus saving manufacturers from performing expensive and unnecessary repairs under warranty.

So what's the argument for the Magnuson-Moss Warranty Act? (Let's assume it amounts to a proper exercise of Congress' constitutional authority to regulate interstate commerce, never mind that the republic managed to last 200 years without it. Our question is only whether it is good and necessary legislation.)

The statute dates back to the mid-1960s, when the FTC started investigating automobile warranties. In 1970, the agency coughed up a scathing report alleging that the industry's safeguards were insufficient to protect the public—mostly on warranty-incomprehensibility grounds—and self-servingly claimed its own budget and legal authority should be expanded to allow it to become the first federal warranty cop. Around the same time, a task force commissioned by President Lyndon Johnson concluded that appliance warranties were nearly as problematic as Detroit's. Two key Democrats, Sen. Warren Magnuson of Washington and Rep. John Moss of California, decided this was a chance to place their names on some legislation, and the rest is history.

An important goal of the Magnuson-Moss Warranty Act was, in the words of the law itself, to "promote consumer understanding" of written warranties. By that measure, it has backfired. A study published in the Kansas Law Review compared warranties in 1974—immediately before the statute took effect—to ones in 2012. It turns out that the warranties' word count ballooned more than fivefold during that time, even as the scope of what's covered has shrunk. The FTC now requires a step-by-step explanation of warranty service, plus the addition of "disclosures required under Rule Sections 701.3(a)(7), (8) and (9)." So much for simplicity. The study's authors lament that "the increased length is problematic in that consumers are much less likely to read these longer warranties."

Another argument against Magnuson-Moss is the libertarian principle that manufacturers should be able to sell goods on whatever terms a buyer will agree to, and that buyers who don't like those terms can simply shop elsewhere. In that view, the law short-circuits the natural exploration of voluntary market transactions. On the other hand, shopping for a TV or game console isn't typically a transaction that allows for a mutual negotiation. If I'm lucky, I'll be able to find a copy of the warranty on the manufacturer's website when I need it, but I certainly won't be able to tweak the language in advance.

Nor, sadly, am I likely to tweak that Yukon Denali anytime soon, despite Uncle Sam's benevolent protections. I found a nearby shop that's eager to install the supercharger upgrade, and the mechanics I talked to assured me that GMC would have to show the aftermarket supercharger was the cause of any problems that occurred in order to void my warranty. But I don't necessarily want to bring a lawyer to every service appointment.

My 2012 Honda Odyssey may not have comparable horsepower, torque, or zero-to-60 times, but as my wife reminded me, it has the undeniable virtue of being completely paid off. And by now, it's no longer under warranty.