Plus: prisons vs. the press, plastic-bag bans in Somalia, and trade war with China 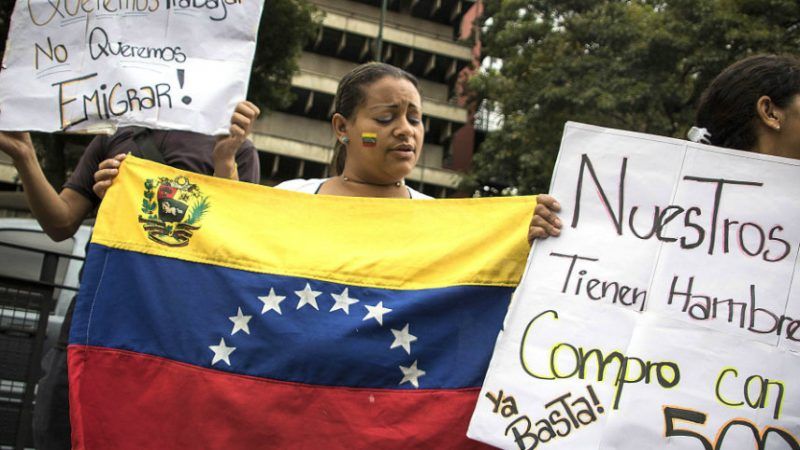 Why can't the U.S. just invade Venezuela? That's the question President Trump purportedly pondered last summer, according to a new account from the Associated Press (AP).

At "a meeting last August in the Oval Office to discuss sanctions on Venezuela… President Donald Trump turned to his top aides" and asked the "unsettling question," AP reports, based on conversations with both a Trump-administration official and two officials from Columbia.

The suggestion stunned those present at the meeting, including U.S. Secretary of State Rex Tillerson and national security adviser H.R. McMaster, both of whom have since left the administration. This account of the previously undisclosed conversation comes from a senior administration official familiar with what was said.

In an exchange that lasted around five minutes, McMaster and others took turns explaining to Trump how military action could backfire and risk losing hard-won support among Latin American governments to punish President Nicolas Maduro for taking Venezuela down the path of dictatorship, according to the official. The official spoke on the condition of anonymity because of the sensitive nature of the discussions.

Trump reportedly refused to let it go, though.

The next day, Aug. 11, Trump alarmed friends and foes alike with talk of a "military option" to remove Maduro from power. The public remarks were initially dismissed in U.S. policy circles as the sort of martial bluster people have come to expect from the reality TV star turned commander in chief.

But shortly afterward, he raised the issue with Colombian President Juan Manuel Santos, according to the U.S. official. Two high-ranking Colombian officials who spoke on condition of anonymity to avoid antagonizing Trump confirmed the report.

Then in September, on the sidelines of the U.N. General Assembly, Trump discussed it again, this time at greater length, in a private dinner with leaders from four Latin American allies that included Santos, the same three people said and Politico reported in February.

The U.S. official said Trump was specifically briefed not to raise the issue and told it wouldn't play well, but the first thing the president said at the dinner was, "My staff told me not to say this." Trump then went around asking each leader if they were sure they didn't want a military solution, according to the official, who added that each leader told Trump in clear terms they were sure.

The White House refused to comment. Meanwhile, Maduro told Venezulan troops yesterday about the AP's report and the "supremacist and criminal vision of those who govern the U.S."

First Amendment "little help" for prison watchdogs. "It is tempting to see the limited access as an especially Trumpian trouble, of a piece with an administration that has labored since day one to delegitimize and marginalize the press," writes Jonathan Peters at Columbia Journalism Review. "But the problem of press access to prisons and the like…is a chronic one."

Trade war's eve is upon us, folks.
"It's like a war where everybody points the guns at themselves."https://t.co/BFbRNG63zv

Trump tariffs on Chinese goods "are scheduled to hit $34 billion of Chinese imports on Friday," reports The Washington Post, "and Beijing plans to swiftly respond with levies on an equal amount of goods. Border officers here could receive the order as early as midnight to slap new taxes on hundreds of American products, including pork, poultry, soybeans and corn."

But he takes a naked picture of her, and since the *federal* definition of minor is under 18, he's facing production of CP charges. 15-30 years penalty.https://t.co/zpKx2RnGeW