"This Is a Great Idea": Consolidate Cabinet-Level Departments

The Trump administration is right to push the streamlining various parts of the executive branch. 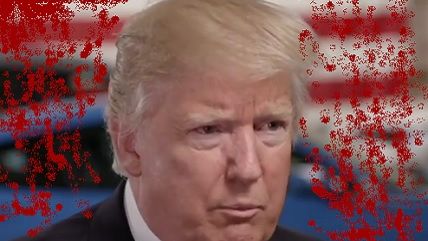 Last night, I appeared on Fox Business's Kennedy to discuss the Trump administration's plans to consolidate the Department of Education and Department of Labor into a single operation, move food stamps (SNAP) out of the Department of Agriculture and into Health & Human Services, and related ideas.

Overall, these are generally good ideas and definitely worth thinking through. We often think of cabinet-level agencies as part of the natural landscape, but they change all the time. Education didn't become its own department until 1979 (Ronald Reagan promised to kill it but instead increased its funding), Veterans Affairs was added in 1989, and Homeland Security only in 2002.

.@nickgillespie on the Trump administration announcing plans to reorganize Cabinet departments: "This is a great idea… It makes sense to condense these programs." https://t.co/uvuZy3jqKY pic.twitter.com/CvrM5pG2BT