At least 242 civilians have been killed and at least 324 wounded by over 2,000 airstrikes, some of which were carried out by the American military. 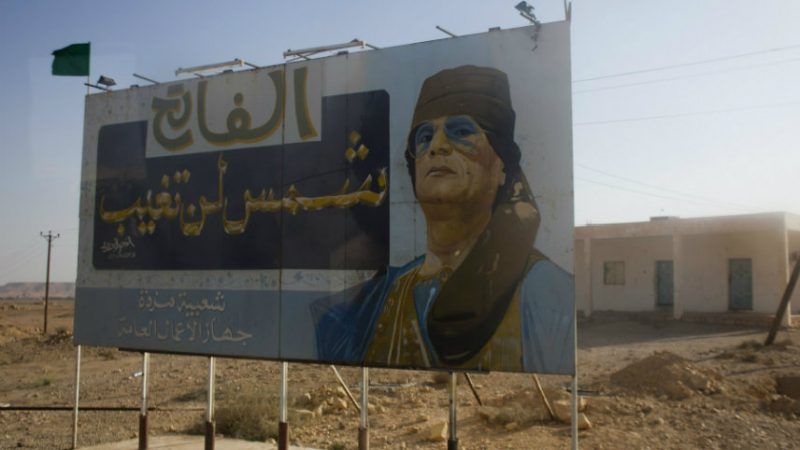 Nearly seven years after America helped topple Muammar Gadhafi's regime in Libya, the conflict has fallen off the front pages but still extracts a bloody toll.

According to a new report produced by the watchdog groups Airwars and New America Foundation, at least 242 civilians have been killed and at least 324 wounded by over 2,000 airstrikes, some of which were carried out by the American military.

Invading Libya without a clear exit strategy was possibly President Obama's biggest foreign policy blunder—something even he acknowledges—and Libyans are still paying the price. The new report says that less than half of the airstrikes in Libya are officially declared, with over 500 strikes bearing American origin. Gen. Khalifa Haftar and his Libyan National Army, however, are responsible for a majority of the strikes as the country continues to be roiled by civil war—a war that America bears at least some responsibility for causing.

"It's much more violent than before. It's the case that even a bad, brutal government is often better than none, or several ineffective governments," says Defense Priorities Foreign Policy Fellow Benjamin Friedman. "As in Syria, it seems that the choice is sort of between a dictator who rules through coercion and chaotic civil war. We got the latter."

It's true that Gadhafi was a brutal, murderous dictator, but it is difficult to argue that the present situation in Libya is somehow superior to its condition prior to the NATO-led incursion in 2011. Just as the invasion was a mistake, it's unlikely that staying in Libya will bring it closer to any reasonable notion of stability.

A coherent plan for peace cannot include sporadic airstrikes that create blowback against the American presence and, contrary to official claims, kill civilians. As long as the civil strife rages on, it may be best for the United States to take a back seat in this conflict, and instead seek to pursue trade and diplomacy when the dust settles.

"The chaos after Gadhafi fell was predictable, and there will be more chaos if we continue to be involved in a significant military capacity in the area," Friedman tells Reason.

Critics rightfully fault the Libyan intervention for lacking an exit strategy and a plan to rebuild the country once Gaddafi's regime was toppled. Unfortunately, that description holds true for U.S. foreign policy well beyond Libya. In reality, we've lacked a tenable, cogent exit strategy in all of our military excursions in the Middle East: Libya in 2011, Iraq in 2003, Afghanistan in 2001, the Gulf War in 1990, and even as far back as the removal of Iranian Prime Minister Mossadegh in 1953. Instead of fighting wars that make the world "safe for democracy," the U.S. often ends up substituting one barbaric dictator for another.