Jordan Peterson vs. the Left

Left-wing critics try to silence the University of Toronto professor. 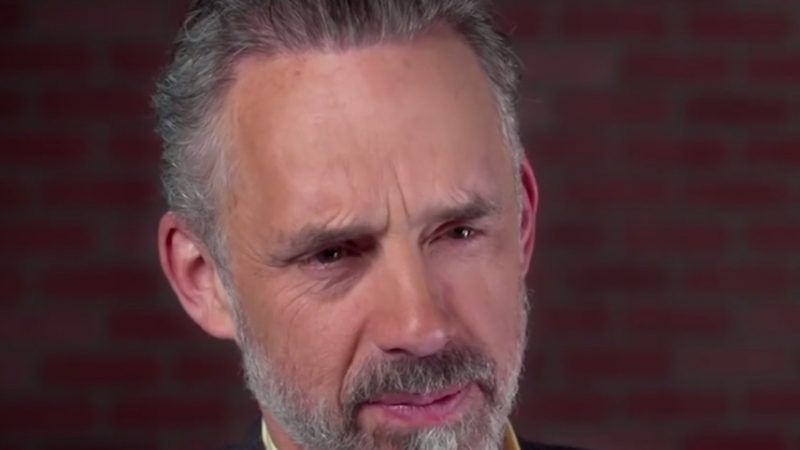 "Shame on you! Shame on you!" chanted protestors after psychology professor Jordan Peterson said he'd refuse to obey a law that would require everyone to call people by the pronoun they prefer—pronouns like "ze" instead of "he" or "she."

It wasn't just radical college kids protesting. Hundreds of Peterson's academic colleagues signed a petition demanding that the University of Toronto fire him.

The totalitarian left doesn't just demand that their own point of view be heard. They want resisters like Peterson never to be heard. When he gives speeches, they bring bullhorns to drown him out.

The pronoun controversy seems silly. "If somebody wants to be called ze or zir, why not?" I ask him for my next online video.

"I don't care what people want to be called," he answered. "But that doesn't mean I should be compelled by law to call them that. The government has absolutely no business whatsoever ever governing the content of your voluntary speech."

What if I politely asked him to call me ze?

"We could have a conversation about that," says Peterson, "just like I would if you asked me to use a nickname. But there's a big difference between privately negotiated modes of address and legislatively demanded, compelled speech."

That sounds like a reasonable, libertarian take on the issue, but for comments like that, Peterson is called "bigot," "Hitler," "transphobic piece of s—."

"That it has to do with transgender people is virtually irrelevant," replies Peterson. "The issue is compelled speech."

Somehow, he remains calm while people shout at him and interviewers twist his words. Peterson sensibly says differences in average temperament between males and females might explain why many choose or thrive at different professions. It's not all discrimination.

That drove one anchorwoman into a frenzy of baseless accusations, including, "You're saying that women aren't intelligent enough to run these top companies?"

"No, I didn't say that at all," Peterson replied, deadpan.

As Father's Day approaches, his message resonates with young males, not because he insults women but because he tells men there is value in the old-fashioned ideal of being a responsible, tough individual, not just a sensitive, passive person.

His book 12 Rules for Life: An Antidote to Chaos lays down some advice for becoming a responsible person (of whatever sex). One example: "Set your house in perfect order before you criticize the world."

The problem is not that Peterson says shocking or outrageous things. It's that the left, especially on campuses, has become so extreme that just stating facts of life offends them.

Peterson observes, correctly, that the world poverty rate has been cut in half in the 21st century, while the description of the world heard on campuses is that things are worse than ever, mostly because of inequality, oppression, and patriarchy.

Part of the problem, says Peterson, is that "social justice" courses on campuses change the meaning of the word "justice" from rightfulness or lawfulness into a demand for justice for groups, based on the assumption each group must be equal to every other. Men, women, blacks, whites—all should have the same income, job preference, everything.

In a free society, that's impossible to guarantee, even if everyone is equal under the law.

But students are taught that every time there's a difference in outcome, it's an injustice, a new reason for outrage. The anger never ends.

Peterson says the activists who are so angry about injustice should be happy they live in societies like America, places founded on individual liberty and free markets.

"Everyone is doing better here than anybody has ever done on the face of the planet throughout recorded history, and the whole West is like that!" he told me. "To call that all a tyrannical patriarchy is indicative of a very deep resentment and ahistorical ignorance that's so profound that it's indistinguishable from willful blindness."

But as Peterson has learned, these days some on campus get very angry if you try to open people's eyes.