Could a Republican win a governors' race in deep blue California? Here's how John Cox plans to try, now that he's earned the shot. 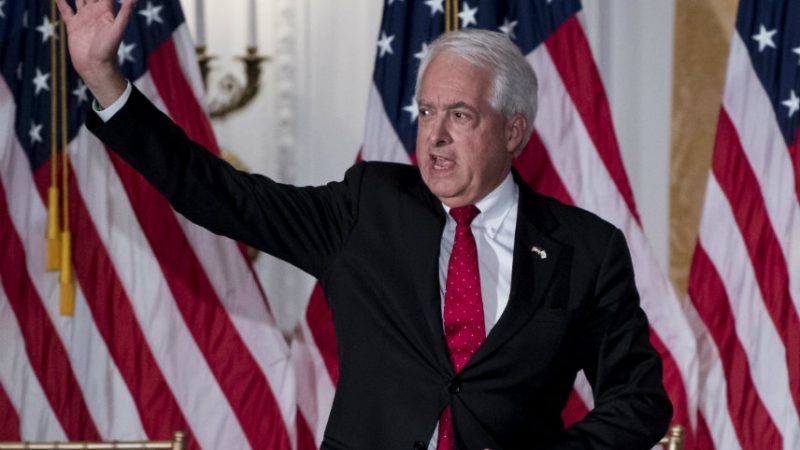 Looking at the dismal political landscape for Republicans in California these days, I almost forgot that when I moved to Orange County from Ohio, the state actually had a healthy number of Republicans holding statewide office. In 1998, Pete Wilson was governor, Bill Jones was secretary of state, Matt Fong was treasurer, Dan Lungren was attorney general and Chuck Quackenbush was insurance commissioner. Conservative icon Tom McClintock, now a congressman, had come within a hair of becoming the state's controller.

These days, it's accepted wisdom that—after 20 years of political and demographic changes—California is a one-party state and that Republicans can do well only in a narrowing group of legislative and local races. New figures show that Republicans now trail independents in the registration game, which has got to hurt the party's image. And, most strikingly, the GOP has a tough time fielding top-tier candidates to run for the plum governor's spot.

California did have a two-term Republican governor named Arnold Schwarzenegger, who preceded Jerry Brown's return to power in 2011. That was fewer than eight years ago, although Schwarzenegger was an outlier—a moderate Republican movie star who won a free-for-all election after a bizarre recall of a sitting governor. Even then, however, it was already an accepted belief that the GOP needed big-name celebrity candidates to have a shot any more.

This year, ironically, it's a buttoned-down, little-known businessman named John Cox who is shaking up the race in a relatively new "top two" system that had everyone fighting for the second spot. (The top two vote-getters in the June primary face off in the November general election, regardless of their party affiliation.) Cox surged past former Los Angeles Mayor Antonio Villaraigosa and on Tuesday and gained the right to challenge Lt. Gov. Gavin Newsom, despite massive spending on attack ads by a Super PAC funded by Villaraigosa backers. Newsom had 33 percent of the vote, with Cox gaining 26 percent. Villaraigosa was in third with less than 14 percent.

No doubt, Cox's campaign was bolstered by a recent endorsement from Donald Trump, which knocked the pro-Trump cheerleader Assemblyman Travis Allen off his game. Cox emailed me after I recently dismissed the idea that any Republican had a hope of winning the governorship this year. He agreed to an interview to tackle that and other campaign questions. My main query: What's his plan for winning, not just in June but November?

Cox went through a long discussion of the state's problems with the focus on the economy. He has traveled around the state and finds many people who are struggling with the high cost of gasoline, rent and other basics—driven up by Democratic tax and regulatory policies. Working-class people are getting "crushed," he said, because of special-interest control of Sacramento—"people who use their money to put their thumb on the scale for their benefit."

Cox said he actually agrees with Newsom about the state's troubling level of inequality, but instead of promoting a more powerful state government and higher taxes to hand out subsidies in dribs and drabs, Cox wants to jump-start job creation and entrepreneurial opportunities. He blames the Democratic leadership for chasing away so many people from such a wonderful state.

That's a standard Republican theme, albeit a strong one. California has some of the nation's wealthiest communities, but it also has the nation's highest poverty rate using the Census Bureau's cost-of-living-adjusted measure. California's high rate of taxation and regulation depresses business growth and—most significantly, perhaps—drives up the cost of housing. Many people are fleeing for Texas and elsewhere primarily because of unaffordable housing prices.

But Cox then throws in a bit of Trumpism with his focus on draining Sacramento's swamp by battling what he describes as a culture of cronyism. That builds on his previous forays into California politics, including a push for a neighborhood Legislature that would counterintuitively increase the number of representatives in an effort to improve representation and reduce the power of special interests.

Despite such populism, Cox is willing to be heterodox. On immigration, he is strongly opposed to the sanctuary state law, but describes himself as pro-immigration. He wants a legal and orderly system—and not a bureaucratic nightmare that takes five or 10 years for someone to immigrate properly. He said we need people of all skill levels—provided they want to be Americans. That's not a surprise given that he emulates political thinkers in the pro-growth, opportunity-oriented Jack Kemp mold.

Certainly, Cox wasn't as colorful as Allen. "Anybody with a loud voice can sit there and rev up a crowd by screaming things that they agree with so they applaud," Cox told me. Instead, he's focused on the details of policy, on pitching his business experience and in trying to make his case to voters across the state. Wouldn't it be ironic if the most intriguing candidacy in this election cycle—and the most successful GOP statewide candidate in a while—is the one that's focused more on policy than rhetoric?

Steven Greenhut is a Sacramento-based writer. He was a Register editorial writer from 1998-2009. Write to him at stevengreenhut@gmail.com.