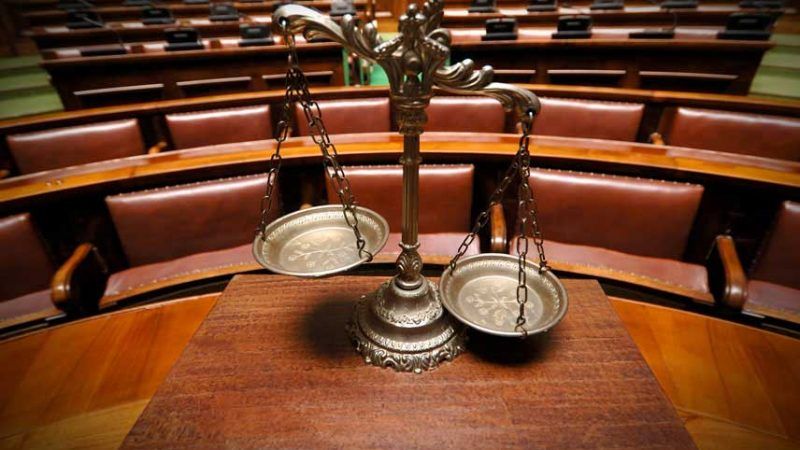 When I tried to get Edgewater, New Jersey, politicians to answer that question, the mayor wouldn't discuss it, ultimately telling me, "You may sit down."

The town of Edgewater is right across the Hudson River from Manhattan. Anyone fortunate enough to live there gets a spectacular view of New York City's skyline.

But the Edgewater city government wants to seize a choice piece of waterfront land for itself.

The spot in question is owned by a developer, the Maxal Group. Maxal bought the property for about $26 million and then spent millions more to clean it up. They planned to build apartments and, to please the town, parks, a school, and a ferry stop for commuters.

"This whole pier would be open to the public," says Thomas O'Gara of the Maxal Group, showing off the spot in my latest YouTube video.

In addition, Maxal's development would generate about $12 million a year in taxes for Edgewater.

Sounds good to me, or at least good enough to see how the market responds. But Edgewater's politicians just said no. Now they're using eminent domain law to try to seize the property and spend taxpayer dollars to put Edgewater's Department of Public Works there—a department of just thirteen people.

Why would they do that?

"The unsuccessful bidder is a fellow named Fred Daibes," says Maxal's lawyer. After Maxal bought the property, "Daibes told us, 'you will never be able to develop this property!'"

Daibes is the biggest apartment developer in the area. He told a reporter, "You can't be in Edgewater and not be affiliated with me."

I suspect that means that Daibes controls Edgewater's politicians.

A lawsuit filed by Maxal Group says four city council members got loans from a Daibes-controlled bank, and Mayor Michael McPartland pays below-market rent to live in a Daibes apartment building. (The mayor told a reporter that he doesn't pay below-market rent.)

Of course, the politicians give a different reason for seizing Maxal's land. They said Maxal's project was too big.

But they approved an even larger project nearby! That one happens to be controlled by—you guessed it—Fred Daibes. Daibes' development will have 250 more apartments than Maxal's and buildings twice as tall.

I tried to ask Daibes about all this, but he declined to be interviewed.

Edgewater's mayor and the city council would not agree to talk either.

So I went to the Edgewater city council meeting and asked, "Are you on the take…rejecting one building in favor of the one owned by the guy where you live?"

A town lawyer quickly spoke up, "Mr. Mayor, as your legal counsel, I'm going to suggest and recommend that you don't answer the question from this gentleman…certainly not with that tone, that objectionable tone."

The lawyer spoke up again, "Mr. Mayor, I don't think it's appropriate." Eventually the mayor, without answering my questions, closed the meeting. The lawyer said, "He's done."

And that was that.

Maybe we'll get more answers from Edgewater after my video about this circulates.

People everywhere should ask questions of politicians who hand out favors to well-connected big shots.

A great thing about capitalism is that the only legitimate way to get rich is to serve your customers well. Customers have choices. To make money, businesses must offer something better than competitors offer. Developers can't tell other developers "you can't build here" because they cannot use force.

Unless they have cronies in government. Governments can use force. They have the power to ban some developments while approving others. They can use eminent domain law to seize property.

I think Maxal is right.