The Case Against Higher Education 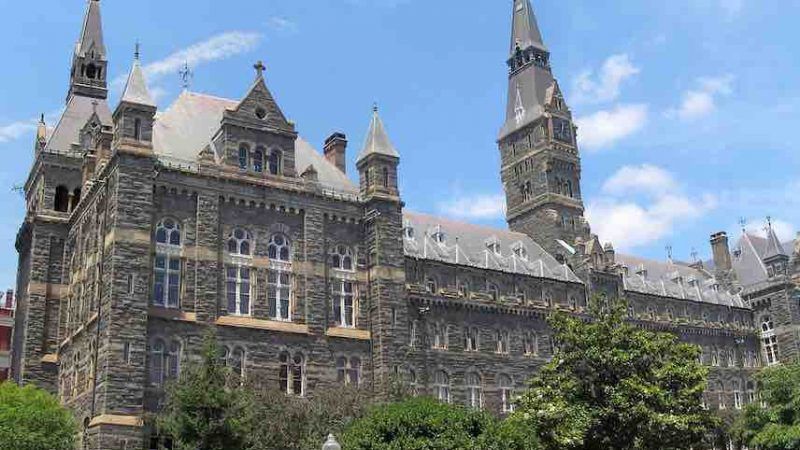 Today, all Americans are told, "Go to college!"

But economist Bryan Caplan says that most people shouldn't go.

"How many thousands of hours did you spend in classes studying subjects that you never thought about again?" he asks.

Lots, in my case. At Princeton, I learned to live with strangers, play cards, and chase women, but I slept through boring lectures, which were most of them. At least tuition was only $2,000. Now it's almost $50,000.

"People usually just want to talk about the tuition, which is a big deal, but there's also all the years that people spend in school when they could have been doing something else," points out Caplan in my new YouTube video.

"If you just take a look at the faces of students, it's obvious that they're bored," he says. "People are there primarily in order to get a good job."

That sounds like a good reason to go to college. But Caplan, in his new book, The Case Against Education, argues that there's little connection between what we absorb in college and our ability to do a job.

"It's totally true that when people get fancier degrees their income generally goes up," concedes Caplan, but "the reason why this is happening is not that college pours tons of job skills into you. The reason is…a diploma is a signaling device."

It tells employers that you were smart enough to get through college.

But when most everyone goes to college, says Caplan, "You just raise the bar. Imagine you're at a concert, and you want to see better. Stand up and of course you'll see better. But if everyone stands up, you just block each other's views."

That's why today, he says, high-end waiters are expected to have college degrees.

"You aren't saying: you, individual, don't go to college," I interjected."You're saying we as a country are suckers to subsidize it."

"Exactly," replied Caplan. "Just because it is lucrative for an individual doesn't mean it's a good idea for a country."

Caplan says if students really want to learn, they can do it without incurring tuition debt.

"If you want to go to Princeton, you don't have to apply," he points out. "Just move to the town and start attending classes."

That's generally true. At most schools you can crash college lectures for free. But almost no one does that.

"In people's bones, they realize that what really counts is that diploma," concludes Caplan.

Because that diploma is now usually subsidized by taxpayers, college costs more. Tuition has risen at triple the rate of inflation.

It's not clear students learn more for their extra tuition, but colleges' facilities sure have gotten fancier. They compete by offering things like luxurious swimming pools and gourmet dining. That probably won't help you get a job.

"If you're doing computer science or electrical engineering, then you probably are actually learning a bunch of useful skills," Caplan says. But students now often major in abstract topics like social justice, diversity studies, multicultural studies.

"But don't the liberal arts expand people's minds?" I asked. Philosophy? Literature? Isn't it all making our brains work better?

"That's the kind of thing you expect teachers to say," answered Caplan. "There's a whole field of people who have actually studied this (and) they generally come away after looking at a lot of evidence saying, 'Wow, actually it's wishful thinking.'"

A study found that a third of people haven't detectably learned anything after four years in college.

Although Caplan thinks college is mostly a scam, he says there's one type of person who definitely benefits—professors like him.

Professor Caplan is only expected to teach for five hours a week.

I told him that sounded like a government-subsidized rip-off.