Two Deaths That Should Remind Conservatives Why Universities Matter 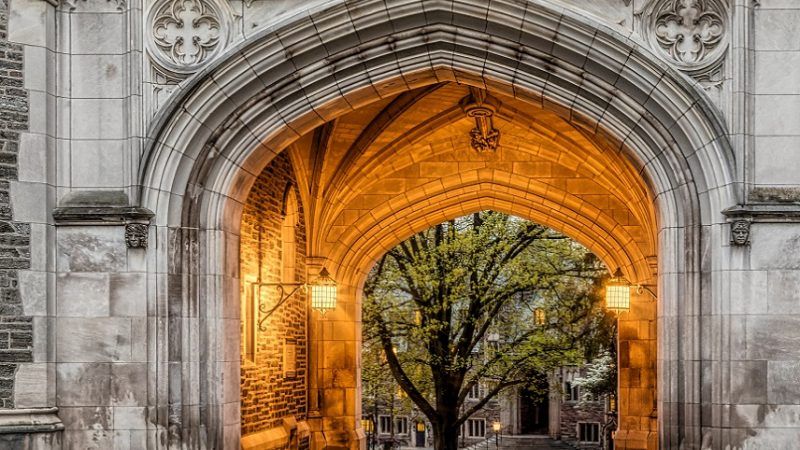 Lewis and Pipes are being rightfully remembered for their influence as advisers to presidents and senators, and as public intellectuals who wrote for newspaper op-ed pages and political magazines.

They also, though, were both teachers and historians who made their intellectual homes at Ivy League universities. Lewis was Cleveland E. Dodge Professor of Near Eastern Studies at Princeton University. Pipes was Frank B. Baird Jr. Professor of History at Harvard University. Pipes lived in Cambridge, Mass. and in New Hampshire, and Lewis lived for many years in Princeton, N.J., though he often spent three months a year in Tel Aviv, where he kept an apartment overlooking the Mediterranean.

These universities and others like them are deeply unpopular at the moment among Republicans in Washington and nationwide. The tax bill enacted late last year by President Trump and congressional Republicans includes a new 1.4% tax on university endowment income, targeting well endowed institutions such as Harvard and Princetone. A 2017 Pew Poll found a sharp increase in the share of Republicans who say colleges and universities have a negative effect on the country. An April 2018 study by the National Association of Scholars concluded faculty at liberal arts colleges skewed so overwhelmingly Democratic that "the solution to viewpoint homogeneity may lie in establishing new colleges from the ground up, rather than in reforming existing ones."

If politicians do see any value in academia it tends to be as high-tech incubators, with laboratories spawning computer-science or biotech startups. Humanities and social sciences are derided. Senator Marco Rubio campaigned for president in 2016 by denouncing philosophy majors. Even President Barack Obama had to apologize in 2014 after questioning the value of art history degrees. Students are increasingly avoiding history and English and instead choosing statistics, computer science, engineering, or applied mathematics.

Conservatives complain that today's universities aren't producing scholars like Pipes or Lewis, or that those who do manage to get doctorates wind up working at magazines or think tanks instead of finding tenure-track academic jobs at prestigious institutions. If so, the examples of Lewis and Pipes make the case for engagement, rather than writing off academia altogether.

Even presidents and prime ministers who win elections based partly on popular reactions against coastal elites, after all, need ideas and staff. One of President Trump's foreign policy aides, Fiona Hill, is a former student of Pipes. President Trump's secretary of state, Michael Pompeo, tweeted, "Bernard Lewis was a true scholar & great man. I owe a great deal of my understanding of the Middle East to his work. He was a man who believed, as I do, that Americans must be more confident in the greatness of our country, not less." Vice President Cheney made a special trip to Philadelphia in 2006 to celebrate the 90th birthday of Lewis.

Lewis and Pipes were both deeply knowledgeable, learned, eminent, and respected. They were brilliant, substantive scholars, whose opinions were grounded in authority accumulated with years of careful research. While they had their own clashes with the "experts" in their fields, they were experts themselves.

It bears mentioning, too, that Pipes and Lewis were not only Ivy League professors, but they were both also something else that is not always entirely so popular with today's Republican Party. They were both immigrants to America—Pipes from Poland and Lewis from Britain. Had legislators decades ago fretted about the two immigrant Jews taking academic jobs away from native-born Americans, and driving down wages by increasing the labor supply, maybe history would have turned out differently—and a lot worse for America.

The Ronald Reagan Presidential Foundation conducted an interview with Pipes in which the historian tells of joining the White House national security staff and writing a memo to President Reagan advising a shift in American policy, to defeating the Soviet Union rather than merely containing it. Reagan wrote on top of it "very sound."

Then it was back to the classroom. Pipes explained: "Harvard only gives you two years leave of absence, so when my two years were up, I returned."