Plus: Facebook's insane new ad-verification system and the state of our trade wars. 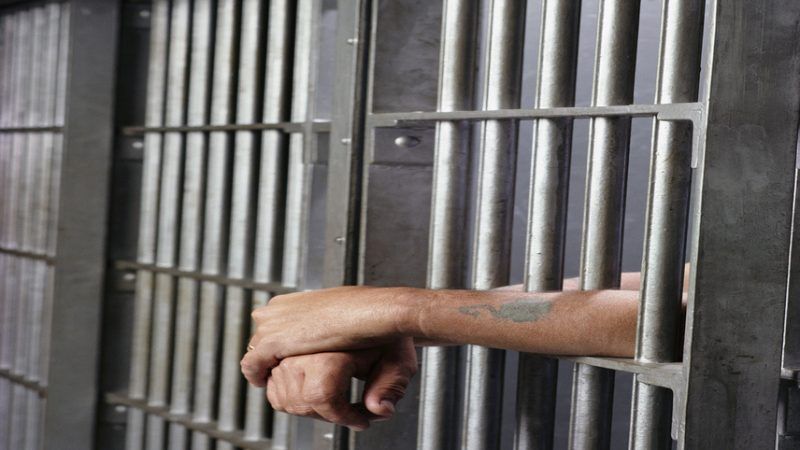 "I will sign it," says Trump. After seizing serious attention in 2014 and 2015, criminal justice reform has languished at the federal level (even as officials in some states continued to do good work). But the issue could be gaining momentum again, after getting a boost from such unlikely sources as Donald Trump and Jared Kushner.

President Trump told a White House forum on Friday that if legislators can get him a prison reform bill, "I will sign it."

One of the bills being kicked around in Congress right now (with a push from Kushner) focuses on programs to help prisoners reintegrate to outside life. "The single biggest thing that we want to do is really define what the purpose of a prison is," Kushner said at Friday's event. "Is the purpose to punish, is the purpose to warehouse, or is the purpose to rehabilitate?"

The measure certainly falls short of many much-needed reforms to federal sentencing guidelines and other areas—there are whole sectors of justice reform that the Trump administration and its allies won't even touch. But the bill being pushed now could do some good for those in prison, and could help inject some salience back into criminal justice reform overall. It is literally called the First Step Act, and it includes such things as prohibiting the shackling of women while they give birth and saying that prisoners must be housed within 500 miles of their family.

At Friday's event, Trump "gave a rare display of empathy," says The New York Times editorial board. "A friend of mine told me that when people get out of prison, they're all excited," he said. "And then they go and they have that stigma; they can't get a job. People don't want to hire them. They can't get that chance. When we talk about our national program to hire American, this must include helping millions of former inmates get back into the work force as gainfully employed citizens."

The Times editorial goes on to excoriate federal lawmakers who have thwarted their colleagues' attempts at overhauling federal sentencing guidelines, drug laws, and prison policies.

For more than a decade, states of every political hue—from Texas and Louisiana to Connecticut and California—have been overhauling their criminal justice systems, to reverse the effects of decades of harsh and counterproductive policies. But Congress has watched this revolution from the sidelines, thanks to reactionary lawmakers, including Mr. Sessions when he was in the Senate. Comprehensive federal legislation has been foiled again and again, as states forge ahead, reducing both prison populations and crime rates through bipartisan reforms.

Sessions is out of step not just with fellow Republican politicians but with the party's evangelical base, which has embraced the issue. "The incarceration rate in this country is just insane," evangelical leader Johnnie Moore told NPR after attending Friday's White House forum. "And because of that, most evangelicals, myself included, have a connection to the issue…we've seen it with our own eyes. And now's the time to speak up."

It's Democrats who are holding up the House's First Step Act. Some in the party say the Dems should embrace the bill as a good start, while others—including Sen. Kamala Harris of California, Sen. Dick Durbin of Illinois, Sen. Cory Booker of New Jersey, and Rep. Sheila Jackson Lee of Texas—opposing the bill because it doesn't go far enough. Whatever their reasoning, it puts Harris, Booker, and Lee in the company of the Bureau of Prisons union and Sen. Tom Cotton (R-Ark.).

Rep. Hakeem Jeffries (D-New York) slammed the letter they sent in opposition, saying it was "riddled with factual inaccuracies and deliberately attempts to undermine the nationwide prison reform effort." With a Republican President and Republicans in control of both the House and the Senate, "it is not clear how exactly the opposition proposes to achieve comprehensive criminal justice reform without first considering the bipartisan prison reform legislation pending in the House," Jeffries wrote.

According to a new report from the Vera Institute for Justice, the total U.S. prison population fell to a little under 1.5 million in 2017, down about 16,000 inmates from the year prior. About 1.3 million inmates were in state prisons last year and around 183,000 in federal prisons.

Under new Facebook rules, if you want to buy a political or an issue ad (more on what's an issue later) in the US on Facebook you have to prove you are a permanent resident or a citizen here. I went through the process to see how it works. pic.twitter.com/jcBc9CJK0f

Check out the whole thread for a full accounting of the insanity. The new rules don't just apply to political ads or ads that advocate directly for or against candidates and issues. As O'Sullivan notes, "you're going to have to prove your identity if your ad mentions…any of these issues": abortion, the budget, civil rights, crime, the economy, education, energy, environment, foreign policy, government reform, guns, health, immigration, infrastructure, military, poverty, Social Security, taxes, terrorism, or "values."

NAFTA now or later. "The president is determined that we renegotiate" the North American Free Trade Agreement (NAFTA), Treasury Secretary Steve Mnuchin said on Fox News Sunday yesterday. But "whether we pass it in this Congress or we pass it in the new Congress" isn't a concern, he ad ded.

"I'm not saying he's willing to let it spill over, he has all his alternatives," Mnuchin continued. "I'm just saying right now we are focused on negotiating a good deal and we're not focused on specific deadlines. We're still far apart but we're working every day to renegotiate this agreement."

Mnuchin also announced yesterday that Washington would be "putting the trade war [with China] on hold."