Over the next 30 years, Texas may overtake the Golden State because it is more welcoming to newcomers. 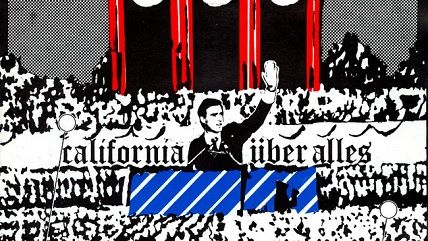 Turns out that when she and her husband—along with millions of others—moved to Los Angeles back in the go-go 1980s, native Golden Staters responded by making it increasingly difficult for developers to build housing easily, especially in established cities. A number of state-level downturns and national recessions later, California is starved for housing stock, making it increasingly difficult for younger people to live there.

Los Angeles County grew by 1 million people in the 1960s, 445,000 in the '70s, 1.4 million in the 1980s, 656,000 in the 1990s, and just 299,000 in the 2000s. Most of the growth in the 1980s, Postrel notes, came from childless migrants, not births. Anti-growth policies in big cities had the effect of pushing people further out of established metropolitan zones, creating longer commutes. She quotes a demographer who says, "In the longer view of things, the 1980s boom was quite the exception." But restrictive housing policies cast a long shadow:

Outsiders are no longer flocking to California. For the first time in its history, a majority of the state's residents are natives. But native-born Californians tend to want to stick around—preferably not in their old bedrooms. To form their own households, millennials need places to live. The growth restrictions put in place by residents upset by newcomers like me are putting houses and apartments out of reach for all but the richest of the younger generation. If California doesn't want to turn into an expensive retirement village, it needs to make room for its children.

The smart money is on California becoming the New York of the 21st century. Once the Empire State was the center of the United States in economic and cultural terms. California overtook it in 1962 to become the most populous state in the country. But by 2050, Texas may well be bigger, with a projected population of 54.4 million to California's 50 million. Whether that happens, there's little question that California is sucking wind in all sorts of ways and the political emphysema is only going to get worse once Jerry Brown leaves Sacramento. Yes, the same Jerry Brown who the Dead Kennedys mocked in "Californa Über Alles" for ushering in a era of "Zen fascism." As Steve Greenhut writes,

For all of Gov. Moonbeam's flaws, those of us with conservative, libertarian or moderate leanings know that the state government is losing the last adult in charge. The next governor will be less willing to serve as a backstop against a Legislature that's gone far to the left.

The two leading candidates for governor are Lt. Gov. Gavin Newsom and former Los Angeles Mayor Antonio Villaraigosa, each of whom seems committed to spending lots more money that the state doesn't have.

In her next column at Bloomberg View, Postrel will explore politically viable ways to add to the housing stock, which is always tricky due to the relative power held by the haves over the have-nots. California's future may depend on it.

Related: In 2017, Erica Grieder argued that California should be more like Texas.

Also Related: In 2016, Reason TV's Alexis Garcia looked at young proponents of "YIMBYism" (Yes In My Back Yard) in San Francisco, one of the planet's most expensive cities.