Andrew Cuomo Knows What Must Be Done About School Shootings: Something

None of the usual gun control proposals seems relevant to the massacre at Santa Fe High School. 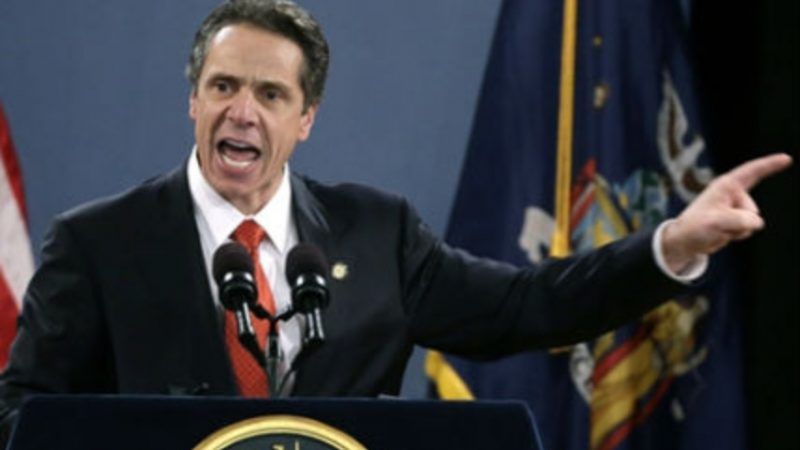 Andrew Cuomo, New York's governor, instantly knew what needed to be done in response to the shooting that killed 10 people today at a high school in Santa Fe, Texas: something. "DO SOMETHING," Cuomo tweeted to Donald Trump early this afternoon. Cuomo elaborated in an open letter to the president and Congress:

When is enough enough? How many more innocent people have to die before you act?

You were elected to lead — do something. Your first responsibility is to the people of this country, not the NRA — do something. My heart breaks for the families who have to grieve from this needless violence — DO SOMETHING.

Upon reflection, elaborated may be too strong a verb for what Cuomo did, which was more like repeating the same vague demand over and over again. Congress and the president must do something, preferably something that pisses off the NRA, but exactly what is not quite clear.

One reason Cuomo was not more specific may be that none of the usual gun control ideas seems relevant to the horrifying crime committed today. The suspected shooter, a 17-year-old junior at Santa Fe High School, used a shotgun and a .38-caliber revolver, so clamoring for a federal "assault weapon" ban hardly seems appropriate (assuming it ever is).

Texas Gov. Greg Abbott told reporters the guns belonged to the suspect's father, adding, "I have no information at this time whether the father knows the weapons were taken." Background checks, no matter how universal or comprehensive, cannot stop a mass shooter from using firearms purchased by someone else. Nor can a higher purchase age for guns.