Opioid Death Rates Are Not Correlated With Prescription Rates Across States

More reason to doubt that pain pill restrictions will save lives 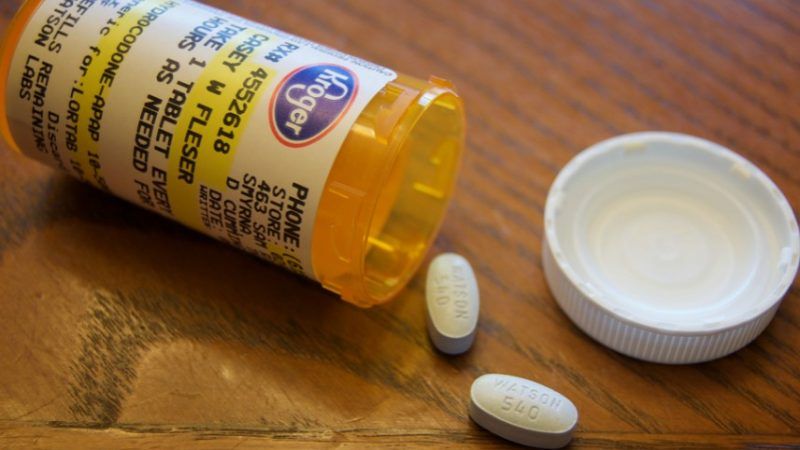 Efforts to reduce opioid-related deaths by restricting access to pain medication seem to be backfiring by driving people toward more dangerous drugs. Two analyses published today provide more reason to be skeptical of this approach, showing there is no clear relationship between pain pill prescriptions and drug poisoning.

In a short piece published by the American Council on Science and Health, pain treatment activist Richard Lawhern compares opioid prescriptions per 100 people and opioid-related deaths per 100,000 people in each of the 50 states and the District of Columbia. He includes deaths involving both legal and illegal opioids. Based on data for 2016, Lawhern plots the two rates against each other, with prescriptions on the x-axis and deaths on the y-axis, and calculates a trend very close to zero. "Opioid OD death rates had no apparent relationship to opioid prescription rates from state to state," he writes. "Any effect of medical prescribing on OD deaths was literally 'lost in the noise' of other factors."

Despite that messy picture, Kiernan includes a state's opioid prescription rate as a component of its "Drug Use & Addiction" score, meaning it automatically counts as part of the problem. "These state to state outcomes suggest that the US is dealing with not one national opioid crisis but many local crises," Lawhern concludes. "In 2016, medical prescribing contributed almost nothing to these crises."