Legal Secretary Who Amassed $9 Million Fortune Has Something in Common With Buffett, Bezos

The vagaries of insider trading laws, as explained by a feel-good story of a secretary who amassed a fortune by copying her bosses. 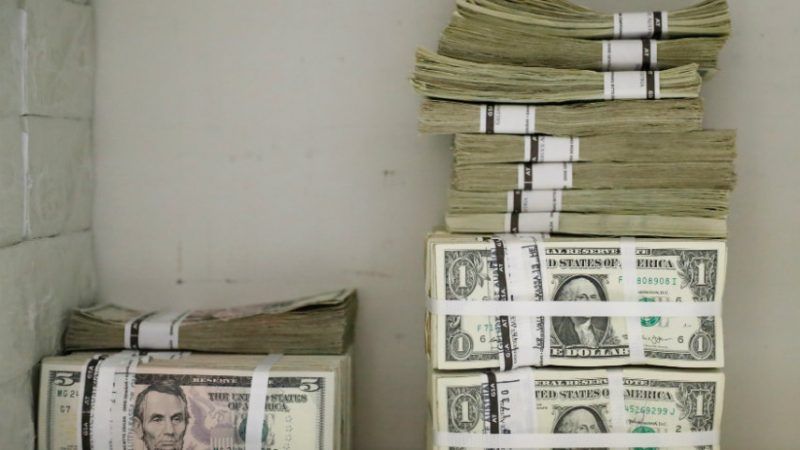 Sylvia Bloom worked for 67 years as a secretary at the law firm Cleary Gottlieb Steen & Hamilton, and accumulated a personal fortune of more than $9 million.

Bloom did this by being "frugal" and "by shrewdly observing the investments made by the lawyers she served," reports The New York Times, which broke the story Monday on its front page.

The story resonates in part because it reinforces a hopeful narrative, which is that wealth is a reward for virtues such as frugality, shrewdness, and patient savings. It helps, too, that the childless Bloom also left the bulk of her estate to charity—another virtue.

But the mechanics of the wealth accumulation, at least as the Times describes it, raise some other questions that are left unexplored by that newspaper's initial report.

The Times quotes Bloom's niece, Jane Lockshin, the executor of Bloom's estate and the treasurer of the charity receiving $6.24 million from it, as explaining "She was a secretary in an era when they ran their boss's lives, including their personal investments…So when the boss would buy a stock, she would make the purchase for him, and then buy the same stock for herself, but in a smaller amount because she was on a secretary's salary."

Perhaps inside every Cleary Gottlieb lawyer is a brilliant portfolio manager struggling to get out. Or perhaps Bloom's returns were about what someone would get simply by investing in a stock index fund over this time period, given the power of compounding over a period of time as long as 67 years. The span coincided with the long post-World War II bull run of the U.S. stock market.

But there's another possible explanation of Bloom's fortune that is less favorable. That is the possibility that she used her privileged access to confidential information to make money.

Other people—even at least one other person who worked at Cleary Gottlieb—have gotten in big trouble for this. A Bloomberg News article published by The New York Times back in 1998, for example, reported, "A former associate at the New York law firm of Cleary, Gottlieb, Steen & Hamilton pleaded guilty yesterday to insider trading for misusing confidential information about one of the firm's clients."

In that case, a Cleary lawyer bought options betting on the price of a company after being assigned by the law firm to help draft documents related to a takeover bid. Maybe that person, who got caught, is the only Cleary lawyer who ever traded based on inside knowledge.

I'm not a big believer in the expansive interpretations of securities law that create these insider trading cases. But in 2016, the same year Bloom died, the Supreme Court ruled unanimously in Salman v. United States that the Securities Exchange Act of 1934 and a subsequent Securities and Exchange Commission rule "prohibit undisclosed trading on inside corporate information by individuals who are under a duty of trust and confidence that prohibits them from secretly using such information for their personal advantage."

It's not clear whether Bloom's bosses at Cleary knew what she had been doing, let alone whether Cleary's clients knew. But no matter what one's view of insider trading law, you don't have to think about it for too long to realize that stock trading by individual confidential secretaries at large corporate law firms poses potential legal and moral complexities. I'd prefer these be handled by agreement among the law firm, its clients, and its employees, rather than by criminal or civil government enforcement actions.

It's complicated stuff, involving, potentially, not only impending mergers and acquisitions but also even ongoing litigation. Imagine a lawyer representing a tobacco company in a liability case who knows that unfavorable documents found in pre-trial discovery will soon emerge in a public court filing, or in an investigative news article. Imagine the lawyer selling, or short-selling, the tobacco company stock based on that information. Imagine the lawyer's secretary doing the same for her own account.

As a legal secretary who lived in a rent-controlled apartment in Brooklyn, Bloom may seem not to fit the stereotypes of rich people. Actually, though, she's precisely representative of the paradox of America's attitude toward wealth. We admire the virtues that create it and simultaneously suspect that there may be another side to the story. Warren Buffett is a brilliant investor and he's also getting rich from selling stuff (Dairy Queen, Coke, fake Wells Fargo accounts) that may not be too good for you. Mark Zuckerberg created an amazing product as a college student and also isn't that careful about your privacy. The Walmart Waltons and Jeff Bezos of Amazon created amazing value for customers and also hurt some local retailers.

Cheer Sylvia Bloom's accomplishment, sure. But you may also want to double check with your secretary—or with your lawyer's secretary—that you all have the same understanding about whether your confidential information is going to be used for private profit, even if those profits eventually go to charity.