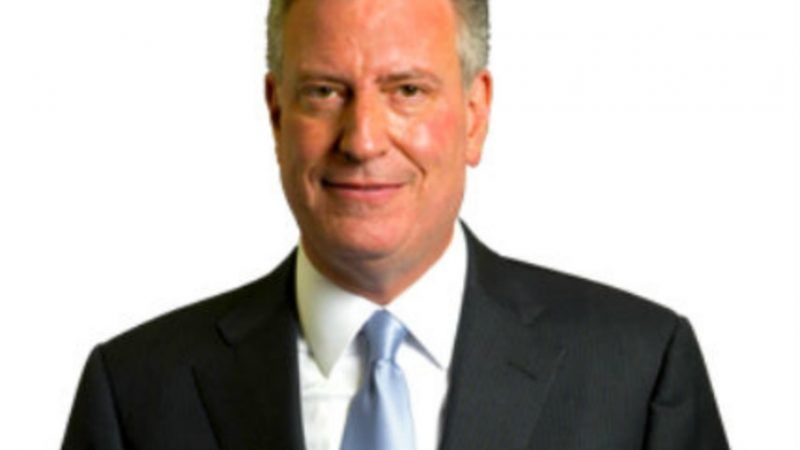 Yesterday New York Mayor Bill de Blasio announced his support for "overdose prevention centers" where people can use drugs in the presence of bystanders trained to administer the opioid antagonist naloxone. Such centers, also known as safe, safer, or supervised injection facilities (SIFs), have helped prevent opioid-related deaths in Canada and some European countries for years, but so far none operates openly in the United States. New York joins San Francisco, Seattle, and Philadelphia on the list of major cities where officials have endorsed the idea.

"After a rigorous review of similar efforts across the world, and after careful consideration of public health and safety expert views," de Blasio said on Twitter, "we believe overdose prevention centers will save lives and get more New Yorkers into the treatment they need to beat this deadly addiction." His administration envisions four SIFs in Manhattan, Brooklyn, and the Bronx, to be funded and operated by city-approved nonprofit organizations. Local prosecutors are receptive to the plan, and de Blasio has asked the state Department of Health to sign off on it.

The centers also will require the tolerance, if not the explicit approval, of federal prosecutors. The federal "crackhouse statute," 21 USC 856, makes it a felony, punishable by up to 20 years in prison, to "maintain any place…for the purpose of…using any controlled substance." The New York Times suggests that the Justice Department under Jeff Sessions may not be inclined to overlook violations of that law. "While it is unclear how the Trump Justice Department will respond to the city's proposal," the paper says, "the attorney general, Jeff Sessions, has taken a hard line on drug policy."

Syringe exhange programs, which operate across the country, receive federal funding, and had the grudging support of Vice President Mike Pence when he was governor of Indiana, provide a precedent for allowing harm reduction activities that facilitate illegal drug use. In that case, however, there is a relevant statutory exemption. The federal drug paraphernalia statute, which generally criminalizes the distribution of equipment used to consume illegal drugs, makes an exception for conduct authorized by local or state law. The crackhouse law has no such provision.

The Harm Reduction Coalition (HRC) welcomed de Blasio's announcement. "The people most vulnerable to overdose are looking for safety and support, in environments that treat them with respect and dignity," says Daniel Raymond, the HRC's deputy director for planning and policy. "Overdose prevention centers directly meet those needs, and will allow us to start making our communities whole again."

Mike Selick, the HRC's manager of hepatitis C training and policy, observes that "unsafe drug consumption already exists in New York City—in public bathrooms, libraries, fast food restaurants, parks, alleys and other unsupervised public locations." Allowing an alternative, an environment where the unpredictable potency of black-market drugs is less apt to kill people, seems like the least the government can do after creating that hazard.