Historians will have to wait another three years, and maybe longer, before they can get their hands on the rest of the government's assassination documents. 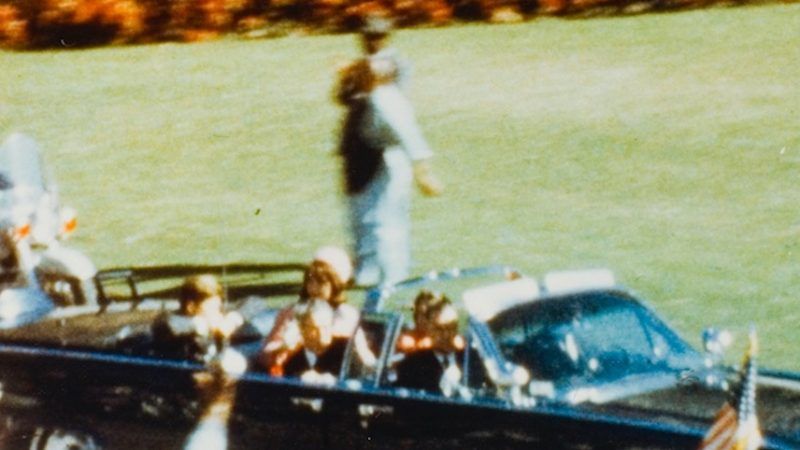 If that sounds familiar, it's because the same thing happened last October. The John F. Kennedy Assassination Records Collection Act of 1992 instructed Washington to declassify everything by October 26, 2017, but it also allowed the president to withhold documents on national security grounds. At the last minute, Trump bowed to pressure from the intelligence community and kept more than 368,000 pages under lock and key. But he also gave the agencies until today to review those files, at which point he'd decide whether to release them.

There are a lot of serious historians and journalists—and, yes, a lot of kooks too—who'd like to get their hands on those documents. But they're going to have to keep waiting. This morning Trump announced that "continued withholdings are necessary to protect against identifiable harm to national security, law enforcement, or foreign affairs." Many files are being released today, but many redactions remain. [Update: McClatchy has the totals: 3,461 documents are being released in full; 15,584 are being released with (often substantial) redactions; 520 are being kept completely private.]

Trump's order also set up another deadline. If the agencies want to keep any of this material classified past October 26, 2021, they'll need to make their case for concealment six months before then. So in another three years we'll get to do this will-they-won't-they routine yet again.

This isn't just of interest to conspiracy theorists and conspiracy debunkers. The assassination was central to the history of the American '60s, and there are plenty of details around it that haven't been filled in. And even if you don't care much about the assassination, you should want the government to have at least enough respect for transparency to stop hoarding information about an event that happened nearly 55 years ago.

Before today's announcement, Jefferson Morley, author of a recent biography of former CIA counterintelligence chief James Jesus Angleton, asked a bunch of people who have written about the assassination whether they thought Trump would reveal the remaining files. Since I wrote a book about the history of American conspiracy theories, he included me in the roundup. My comment:

Asked about the April 26 deadline, Jesse Walker, author of United States of Paranoia, wrote "I know better than to try to predict the behavior of Donald Trump. All I'll say is that I hope some advocate of government transparency can get booked on Fox and Friends that morning."

Oh Fox News booker, where were you when we needed you?